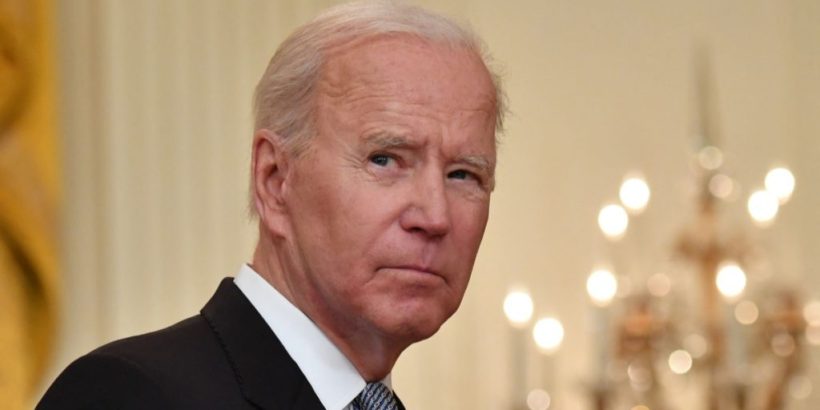 Republicans are taking aim at President Joe Biden’s Disinformation Governance Board that some critics have called the Ministry of truth, a reference to the organization that policed speech in the George Orwell book “1984.”

Louisiana Rep. Mike Johnson announced on Twitter that he and other Republicans have issued a bill to dissolve the group.

“Today I led 50 @HouseGOP Members in introducing a bill to defund Biden’s ‘Ministry of Truth.’ The government has no role in determining what constitutes truth or acceptable speech, and this dystopian, unconstitutional board must be dissolved. If Biden won’t do it, then we will,” he said.

“The Biden Administration’s decision to stand up a ‘Ministry of Truth,’ is dystopian in design, almost certainly unconstitutional, and clearly doomed from the start,” he said in a press release on his website. “The government has no role whatsoever in determining what constitutes truth or acceptable speech. President Biden should dissolve this board immediately and entirely. If he won’t then Republicans will.”

“Jankowicz, who refers to herself as the ‘Mary Poppins of Disinformation,’ is a frequent purveyor of falsehoods, and appears sympathetic to the cause of censoring Americans,” it said.

It came during an interview on the CNN show “State of The Union” where she pressed him on the concerns.

“Let’s talk about what your department is calling, The Disinformation Governance Board that you unveiled this week. Republicans are calling it Orwellian and comparing it to the ministry of truth in the novel 1984. Can you clarify what exactly is this? What exactly will this disinformation governance board do? Will it monitor American citizens?” the host said.

“Dana, I’m very pleased to do so. It’s clear, I mean, those criticisms are precisely the opposite of what this small working group within the Department of Homeland Security will do. And I think we probably could have done a better job of communicating what it does and does not do. The fact is that disinformation that creates a threat to the security of the homeland is our responsibility to address. And this department has been addressing it for years,” the secretary responded.

“So, what it does, it works to ensure that the way in which we address threats, the connectivity between threats and acts of violence are addressed without infringing on free speech, protecting civil rights and civil liberties, the right of privacy. And the board, this working group, internal working group, will draw from best practices and communicate those best practices to the operators because the board does not have operational authority,” he said.

“Will American citizens be monitored?” the host said.

“No, no, the board does not have any operational capability. What it will do is gather together best practices in addressing the threat of disinformation from foreign state adversaries, from the cartels and disseminate those best practices to the operators that have been executing and addressing this threat for years,” the secretary said.

The host also confronted Mayorkas about Board leader Nina Jankowicz who has been shown to be partisan and he responded by insisting that she was “eminently qualified, a renowned expert in the field of disinformation.”

“And neutral?” the host said.

“Absolutely so,” he said.

“Would you be okay if Donald Trump were president, if he created this disinformation governance board? Or — if it is in place and he wins again in 2024 — that he’s in charge of such a thing?” the host said.