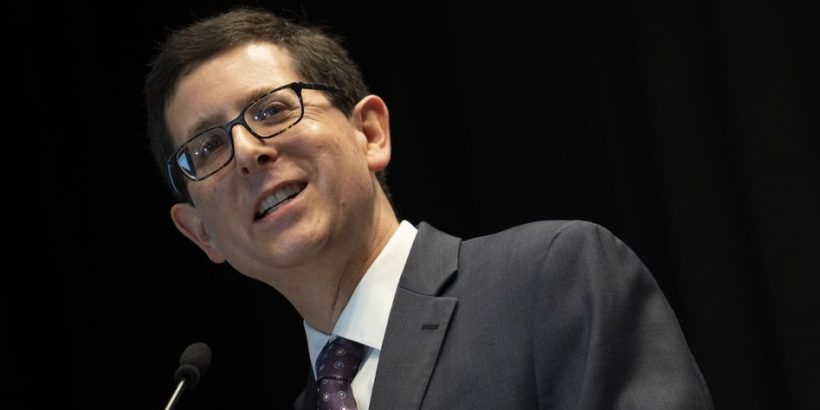 The CBO was created in the mid-1970s as part of a larger effort by Congress to take back its budgetary power following the revelations of the Watergate scandal. Its main role since its creation has been to give so-called “scores” to legislation, detailing the actual effects a bill will have on federal spending and revenues compared to its intended financial effects.

These scores are nonpartisan, and the CBO does not give recommendations to Congress to pass or not pass proposed legislation.

The CBO has not yet given scores on the Democrats’ reconciliation budget bill. Moderates, who have emphasized the importance of financial responsibility when crafting the budget, refused to vote for the legislation before these scores were released.

In a Tuesday letter to Speaker of the House Nancy Pelosi (D-Calif.) moderates said that they had several conditions that must be met before they would support the budget bill. Five moderates—Reps. Josh Gottheimer (D-N.J.), Jared Golden (D-Maine), Stephanie Murphy (D-Fla.), Kurt Schrader (D-Ore.), and Ed Case (D-Hawaii)—signed the letter expressing these demands.

“We cannot lend our support to advancing the [Build Back Better] Act until we have had a chance to review these scores which provide the true cost of the legislation,” the moderates wrote. A key demand put forward by the moderates is “proper CBO/JCT scoring information” on the legislation.

Despite a long day of drawn-out negotiations between President Joe Biden, Speaker of the House Nancy Pelosi (D-Calif.), and the five moderates, Democrats were again forced to postpone a vote on the budget bill Friday after moderates refused to relent in their demands.

Though the party did manage to pass the smaller $1.2 trillion infrastructure bill on Friday, consideration of the budget bill in the lower chamber will not be possible until the CBO has released its scores for the legislation.

In a statement released Tuesday the CBO’s director, Dr. Phillip Swagel, gave an indication of the CBO’s progress in scoring the legislation.

“The Congressional Budget Office is in the process of preparing a cost estimate for the current version of H.R. 5376, the Build Back Better Act,” Swagel began.

He defended the delay in processing the scores, insisting that “The analysis of the bill’s many provisions is complicated.” Still, Swagel promised that “[the] CBO will provide a cost estimate for the entire bill as soon as practicable.”

“We anticipate releasing estimates for individual titles of the bill as we complete them, some of which will be released this week,” the statement continued. “Other estimates will take longer, particularly for provisions in some titles that interact with those in other titles. When we determine a release date for the cost estimate for the entire bill, we will provide advance notice.”

While Democrats are looking ahead to a House vote following the release of these scores, the analysis of the CBO is likely to be highly consequential in the Senate as well, where moderate Sens. Joe Manchin (D-W. Va.) and Kyrsten Sinema (D-Ariz.) have demanded a “fiscally responsible” bill for months.

At a Nov. 1 press conference, Manchin restated this commitment.

“I will not support a bill that is this consequential without thoroughly understanding the impact it will have on our national debt, our economy, and most importantly all of our American people,” said Manchin of the budget bill.

Manchin explained that he hopes for a final reconciliation bill that is “fiscally responsible [and] fixes the flaws of the 2017 Trump tax bill that I thought was weighted far too [much] for the high-end earners.”

Manchin also accused his party of hiding the price of the bill.

The “so-called $1.75 trillion” reconciliation bill, argued Manchin, is full of “shell games” and “budget gimmicks that make the real cost of the [bill] estimated to be nearly twice that amount.”

“This is a recipe for economic crisis,” the West Virginia Democrat fumed. “None of us should ever misrepresent to the American people what the real cost of legislation is.”

If the CBO finds, as Manchin alleges, that the cost of the bill is higher than the top line figure of $1.75 trillion, then Democrats may be once again forced to the negotiating table to draw up a new draft of the bill, pulling the party ever further off schedule.