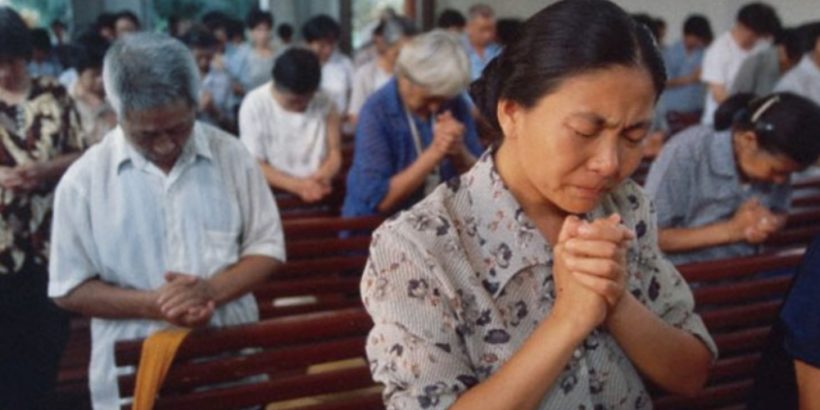 Bitter Winter, which is “an online magazine on religious liberty and human rights in China,” reported on the Chinese Government’s move to remove religious freedom.“All impoverished households in the town were told to display Mao Zedong images,” a local pastor told Bitter Winter.“The government is trying to eliminate our belief and wants to become God instead of Jesus.”Communist officials in Linfen called officials from all the local towns and villages under its governance for a meeting.“The participants were ordered to remove crosses, religious symbols and images from the homes of people of faith who receive social welfare payments and replace them with portraits of Chairman Mao and President Xi Jinping,” Bitter Winter reported.

“The officials were instructed to annul the subsidies to those who protest the order.”

One Church member recalled how authorities entered his home and destroyed a calendar with an image of Jesus on it before replacing it with a portrait of Mao.

“Impoverished religious households can’t receive money from the state for nothing—they must obey the Communist Party for the money they receive,” he explained.

The communist official reprotley told him:

“Impoverished religious households can’t receive money from the state for nothing — they must obey the Communist Party for the money they receive.”

A preacher also received similar visits from local officials, who removed a cross and images of Jesus and replaced it with a portrait of Mao Zedong.

More people being cut off from welfare after refusing to renounce their faith were also reported.

Religious persecution in China, including both Christian and Muslim faith, also includes being shipped off to concentration camps.

The Inter-Parliamentary Alliance on China (IPAC) said in a July 19 statement:

“Today, we highlight the plight of the Falun Gong together with all religious minorities who have suffered from repression under the rule of the Chinese Communist Party.”

According to The Epoch Times:

The group, established to coordinate policies to address the Chinese regime’s growing influence around the world, comprises senior politicians from around the world, including the United States, Australia, Germany, Japan, Norway, Sweden, the United Kingdom, and the European Parliament.

“Many poor households have plunged into poverty because of illness in the family. Some resorted to believing in Jesus to cure their illnesses.”

“But we tried to tell them that getting ill is a physical thing and that the people who can really help them are the Communist Party and General Secretary Xi,” he said, according to The South China Morning Post.

“Many rural people are ignorant. They think God is their saviour,” Qi said.

“After our cadres’ work, they’ll realize their mistakes and think: we should no longer rely on Jesus, but on the party for help.”