As We Get Closer To The Elections, We Will See The DS’s True Agenda. It Cannot Be Masked. 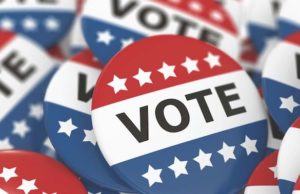 We have never seen the Deep State panic like this before. Desperation is a strong force. As we get closer to the elections, we will see the DS’s true agenda and it cannot be masked. Trump is role-playing as though the DS is in control, but they are not.

President Trump signed an EO stating undocumented individuals cannot sign in the 2020 consensus for the purpose of voting. He believes mail-in voting will lead to the most corrupt election in history and he wants poll voting. The DS is still trying to keep the people shut in until elections. We know this.

We know Trump will win the election. How do we know? The DS will attempt a cyber attack on 11/4, the day after elections. We are also told the power grid as a whole, is safe. The emergency alert system is set up.

Nancy Pelosi stated with a huge smile, if Trump loses, they will remove him by force if he does not leave the White House. She also discussed something called, The Continuity of Government, which is the ‘President of Succession Act.’

If the President dies or is incapacitated, the Vice President takes over. If he is incapacitated, then the Speaker of the House becomes President. Pelosi said she just went through some kind of procedure in case ‘something happens.’ The only card the DS has left is assassination, but of course she added with a smile, “This is never going to happen, God-willing, it never will.” Is the DS and Pelosi planning an attack against the President?  Based on her speech, it does look like it, but the Patriots already know this and have countered their plan.

In Trump’s presser, he encouraged us to wear a mask if we cannot social distance. We all know the masks don’t keep the viruses from spreading. Doctor’s, surgeons, the Medical Association, have all agreed, masks have not been proven to work. Fauci and Birx have not proven they work, either.  With all the different fabrics and designs, we know they have not been proven.

So why did Trump say in his presser for us to wear masks? He’s playing into the DS’s game. He needs to show the people who the corrupt politicians really are. At the last minute they bring in crimes against humanity and treason.. the perfect storm!

This is not just another 4 year election. It is about resetting the economy, the government, everything. It’s about stopping foreign and domestic criminals, the media and other who are complicit in crimes and treason. NBC and others seem to be more interested in the privacy of those who committed the crimes rather than the privacy of the children. Contract tracing is ok. Google spyware is ok, but exposing perpetrators is not? What are they hiding? Who are they protecting? 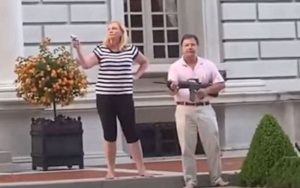 On the McCloskey’s property in Missouri, dangerous activist stormed the gate and threatened the couple. The couple grabbed their guns and held them off in self-defense.  They are protected under Missouri law and the US Constitution, but prosecutor, Kim Gardner, believes that exercising that fundamental right is a crime.

Can this prosecutor really go against the 2nd amendment? This is the entire agenda of the DS, right here. This natural right is unalienable and in the end, it will fail.

John Kasich (R) will be speaking on behalf of Joe Biden at the Democratic Convention. Can you imagine if Trump held a rally and didn’t show up? He would be butchered by democratic talking heads. Yet, they are doing this with Biden. We know why.

In the Flynn case, there is no prosecutor yet Judge Sullivan won’t sign off on it. Why? Obama is still giving him his marching orders to keep the case open. They know the whole house of cards will fall when Flynn is let go. 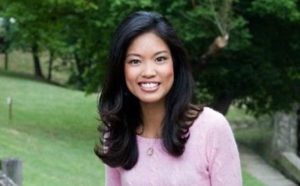 Michelle Malkin was at an event when BLM thugs attacked her.  There was no provocation. This is the kind of country the DS wants and is part of their agenda. When Trump said this was going to get worse before it gets better, he was not talking about the pandemic but about the DS’s plans.

Our voices matter. People are observing, watching, taking notes. Declass, crimes against humanity, all of this is merging together for the people to notice. What will get Trump re-elected? The truth!