‘When You Strike Me Down, I’m Going To Become More Powerful Than You’ll Ever Know’
~ Obi Wan Kenobi 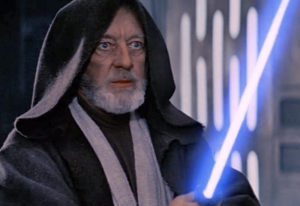 People who have been asleep to all that is going on in the world politically, must be shown the truth. We knew censorship would happen. What is all of this doing in the long-run? It’s causing sleepers to wake up and Patriots’ numbers to increase.

The Patriots are allowing the DS to display their corruption. The people must see how deep it goes. Just telling someone is not enough.

The DS’s fake narrative has begun. Joe Biden’s campaign is being targeted by Russia. Didn’t they try that one already? They have run out of tricks. They have to repeat what’s in their bag. There’s nothing left! They know Joe is going to lose.

Trump created and brought in 2 hospitals ships, numerous field hospitals and thousands of ventilators, which were hardly used. Instead, at the hand of some evil and corrupt governors, our elderly were being sent to the ‘gas chamber’ for certain death. Trump’s whole administration is about exposure! Are you awake, yet?

Why are Mayors and Governors being pushed into position of exposure? Trump is preparing to bring the National Guard into areas where crime is out of control. Citizens need to be protected and some elected officials are doing a terrible job. The Seattle Mayor, the Portland Mayor, are allowing mayhem, destruction and havoc in their cities.

The goal of the DS is to burn down the White House, to wipe the U.S. Constitution off the map and to enforce a One-World-Government. In Portland, the mayor demanded Federal Officers leave the city. Really?  Why doesn’t the mayor want law and order? Trump’s ‘Operation Legend’ is ready! 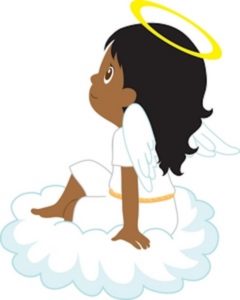 An 8 year old child was shot during a riot. Traveling in a car, bullets sprayed the side she was riding on. The DS is behind the horrific events,  pushing riots and chaos.   When they lose the elections, it is game over!  Everything we are watching is part of the plan to take down the deep state. Please continue praying for this little girl’s family. They are devastated.

Nancy Pelosi stated ‘unidentified masked Storm Troopers,’ (Federal Agents) are coming to take people away. What?  It is offensive and very unprofessional to make that kind of reference about these dedicated law enforcement officers!

Mark Morgan from CBP says, “It’s disgusting and it’s also a lie!” Every officer has 5 forms of identification on their uniform. Their names are not on their uniforms due to the fear of doxxing the agent’s family.  Nancy Pelosi is a DS puppet and either is ill-informed or is lying to the American people. On both accounts, we’ve seen this before.

Now, the National Guards tactics are really messing with the rioters. They wait until the rioting is done but because each rioter has been ‘mapped,’ (traced), the NG knows who to arrest. The DS wants the public to see the tear gas and aggression coming from the Feds so they can tell the media to spin the story, but when the arrests come afterward, the media cannot. In spite of optics, The Patriots are in control!

The couple who had to protect their home from being overrun by thugs, came out displaying weapons. Mrs. McCloskey’s pistol was broken. When their guns were confiscated, it was discovered someone in the police department tampered with her gun, took it apart and put it back together, making it functional again. Is this a bad thing? The Constitution is the law of the land. These folks have every right to protect themselves.

‘Welcome to the digital battlefield. Together, we win! You have been selected to help serve your country. Never retreat from the battlefield, Facebook, Twitter, etc. Use other platforms as they form a centralized command and control. Source meme’s material from battlefield, highlight and share. Post of research and facts. Support role of other digital soldiers, one falls, another stands or rises. Guide, awaken others through use of facts. Learn use of camouflage, digitally primary accounts suspended or terminated, use of secondary….‘ 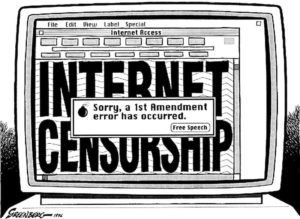 Followers are a peaceful group dedicated to research. You can’t discriminate against one group and not all of them. Trump wants to expose this. The greatest fear of the DS is a public awakening. If they were fake, they wouldn’t bother.

Verizon, AT&T, T-Mobile all flagged Trumps campaign texting program. Again, the DS does not want anyone to awaken to truth.  The DS is threatened. We are over the target.

It may seem as though the Patriots are losing ground, but this is simply an illusion. The Silent Majority has awoken and is growing by the thousands. The DS tried to strike us down and keep us silent, but instead, it woke us up from our slumber. We are incalculable. We are powerful. We are Patriots! WWG1WGA