“The lies are so much deeper than you know.”

(Editor’s Note): The attached video is a testimony from Susan Lindauer.  It was filmed in 2011 and we at C-VINE are fascinated by her story because of information that has recently come to light.

Susan  worked as a CIA liaison and describes the world scene as it played out. She shares the conclusion that 9/11 involved BOTH airplane hijackings, and a deliberately controlled demolition scenario. The Deep State wants us to believe that Iraq is our External Enemy, when in fact, the Deep State players themselves, are our Internal Enemy.  Her assertions have been fact checked, and the timelines she gives fall in line with the Military Tribunal Transcripts from the KSM et al pre-trials in process at Guantanamo Bay Cuba. (GITMO).

World Trade Center:  “At 3:00 AM, several unmarked trucks showed up for 10 days, then were never seen again…did they wire the building? A Thermite bomb with potential sulfur in it..it’s a US military-grade weapon..and it takes steel beams and turns them into molten steel – and everything just sinks into the ground… like we saw happen…” 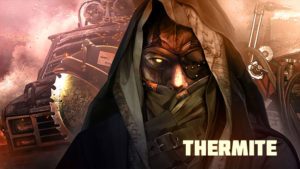 Maximum damage, maximum victims. An excuse for war, because war is the name of their game. Deep State games. And she deducts from her CIA involvement, that the orders to threaten war with the Iraqi Regime came all the way from the top – President George Bush, VP Dick Cheney, and Rumsfeld.

“The US government knew about the coming terrorist attacks for months…long-term, advance knowledge… these so-called terrorists, “assets” (“clowns”) – like Mohammed Atta, were trained and supervised by the US government, and were heavily tracked and controlled.  There’s no way they could do what they did on their own. And they didn’t!

I digress:  Voices recorded on tape Identified! …Those US politicians directly involved in planning the attacks on The World Trade Center in the months leading up to it, are all revealed in taped conversations –  yet, the identity of these scumbags- to this day- are being covered up! These KNOWN names are all on tape! They’ve been positively IDENTIFIED by voice analysis, but are being withheld from us through whatever stalling efforts can be manipulated, and by whatever means possible – including corrupt courts and judges.  This is the real conspiracy, the real cover up. It’s been 18 years for crying out loud!  Justice cries out.

A Shout Out to The 9/11 Truth Alliance:  Truth Bombs hurt, and getting chased out of venues – one after another – becomes the norm as the 9/11 Truth Alliance comes up against continuous backlash. They are fighting for the future, not just for the here and now.  Using a platform of free thinking, free speech and critical thinking presents a challenge to the societal “gatekeepers”, who want to prevent the truth from being told. We thank them for providing their platform to Susan Landauer and her message.

VIDEO:  This video is as relevant today as when filmed in Sept, 2011 –  as the public still does not have the truth of 9/11 admitted by our own government, nor have the names KNOWN to be directly involved in 9/11 been released to the 9/11 families and the rest of us American citizens. We will SOON find out the degree of accuracy in her observations.