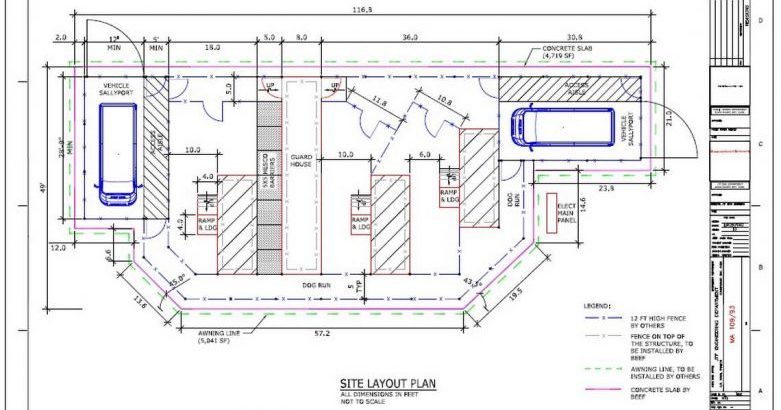 Most people think of Guantánamo as one gigantic prison. But there are many things you probably didn’t known about the U.S. Navy base in Cuba that makes the place feel like a small town in America. BY JOSÉ A. IGLESIAS

The Guantánamo Bay prison is shopping for a new three-cell, handicapped accessible compound — complete with a 115-foot dog run and guard house that can tap into the Pentagon’s secret internet network. Why?

“We must prepare for multiple contingencies, and modular buildings can be adapted and configured to provide us the flexibility needed to adapt to numerous circumstances,” prison spokesman Navy Cmdr. Adam Bashaw said Friday. He declined to answer specifically whether the proposed new compound was meant for the war court; the prison’s most clandestine lock-up for former CIA prisoners, Camp 7; or for a site called Camp Echo where captives meet their lawyers.

Echo has what Pentagon officials describe as “legacy issues,” meaning they have in the past been wired with listening devices and cameras that, defense attorneys say, allows for eavesdropping that violates attorney-client confidentiality.

The prison posted the solicitation for the three 20-foot prefabricated cell units — each with an American Disabilities Act accessible shower plus TV, bunk and toilet, wall mounted desk and stool — on Wednesday with a short turnaround response date of Feb. 21.

In the same week, a Pentagon spokeswoman told McClatchy that the Trump administration still considers Guantánamo as a possible holding site for Islamic State prisoners detained by a U.S.-allied predominantly Kurdish militia in Syria. A State Department spokesman urged nations with citizens to take home and prosecute their nationals held as Foreign Terrorist Fighters by the Syrian Democratic Forces.. Four Republican senators who want some of the prisoners brought to Guantánamo say the SDF holds some 750 captives.

CAROL ROSENBERG reports on the U.S. base and prison at Guantánamo Bay, Cuba. She joined the Miami Herald staff in 1990 as Middle East correspondent. Her Guantánamo coverage has received the Robert F. Kennedy Journalism Award and the ABA Silver Gavel among other honors. She was also part of a Herald team that won the Pulitzer Prize for Breaking News coverage in 2001.