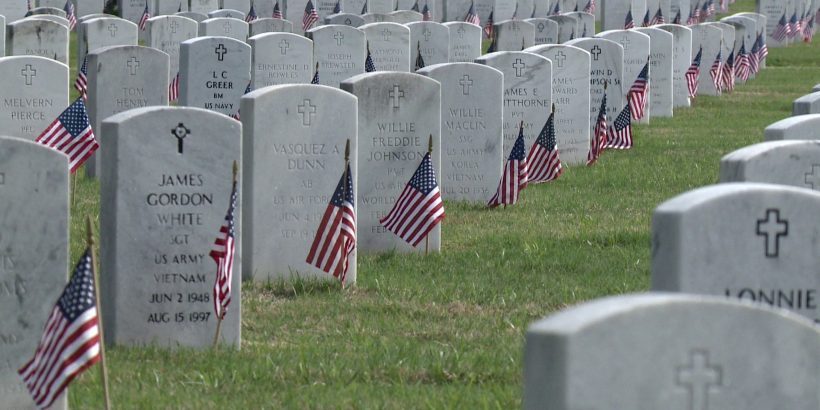 If there ever was a day in the American calendar that invites reflection, it’s Memorial Day. Over the course of our country’s history, hundreds of thousands of Americans—most of them young and with decades of life still ahead of them—made the ultimate sacrifice.

Some were killed by enemy fire; others by what is called, with the grimmest irony, “friendly fire.” Some lost their lives in training accidents. Others perished from diseases, most notably the masses of doughboys wiped out by typhus in the trenches of World War I.

Every military fatality is heartbreaking and worth remembering on Memorial Day, regardless of the cause of death.

Noncombat deaths, such as the training accidents that tragically occur from time to time, demonstrate that preparing for war can be as lethal as war itself. Those who perish in such accidents deserve every bit as much honor as those who die in battle, because they all put their lives on the line in service to our country. This group includes the WASPs—those brave female civilians, some of whom lost their lives while performing vitally important testing of aircraft during World War II.

“Friendly fire” deaths are perhaps the most tragic of all. The most famous example in recent years was the death Pat Tillman, who left behind a young wife and a successful professional football career to serve his country, only to be accidentally cut down by American fire in Afghanistan. War is chaotic and it’s virtually inevitable that the Grim Reaper will claim the lives of those who just happened to be in the wrong place at the wrong time. It isn’t fair; it isn’t right; it is, however, part of the ugly reality of war.

Countless thousands have perished as the result of poor orders given by officers in the heat of battle, or as a result of flawed strategies devised by top generals, admirals, secretaries of defense, and the occasional president. Examples of the former are the World War I doughboys who were ordered to leave their trenches and run into the teeth of German machine gun fire. One example of the latter would be my wife’s beloved cousin, Paul Dolik.

Paul flew Huey helicopters in Vietnam. At one point, he wrote home to his family that if our military forces in Vietnam would have the politically imposed shackles on them removed, the U.S. military could win the war in six months. Shortly after writing that letter, Paul’s chopper was shot down. Paul perished, as did over 50,000 other Americans, who perished while carrying out our national leaders’ ill-conceived no-win strategy.

The fact that Americans continue to volunteer for military service in spite of the dangers they face from our side as well as the enemy side speaks volumes about their heroism.

And, of course, we remember those who perished in combat, not only the warriors, but the unarmed medics and nurses who ministered to wounded combatants.

As we ponder, mourn, and remember the hundreds of thousands who died in service to our country, we should contemplate two essential questions about their sacrifice: For what? And, for whom?

First, the “for what”: In a word, liberty—the right to be free from oppression and to enjoy our God-given rights. As articulated in the immortal words of founding father Patrick Henry, “Is life so dear, or peace so sweet, as to be purchased at the price of chains and slavery? Forbid it, Almighty God! I know not what course others may take, but as for me, give me liberty or give me death!” This is the value system that those departed servicemen and women have been willing to die for.

In remembering our departed heroes, it’s helpful to consider that if there’s nothing worth dying for, then there really isn’t much worth living for. Americans reject philosopher Bertrand Russell’s cowardly cynicism “better red than dead.” From the war of separation from England through the bloody 20th-century conflicts in which Americans fought to help French, British, Korean, and Indochinese people resist tyranny, the attainment and defense of liberty has been the guiding principle, the animating spirit, of America’s armed services.

It’s the hard-won achievement of liberty that has blessed and prospered Americans, that has brought joy and fulfillment to our lives. It’s liberty that made America “the land of the free” in practice, not just in word. Although it took an awful Civil War to end slavery, and even that bloody conflict didn’t bring perfectly equal liberty, people around the world both before and after the Civil War saw us as the land of opportunity and “voted with their feet”—leaving their homelands to immigrate here.

This brings us to the other question I posed: For whom did our soldiers die? Obviously, it wasn’t for themselves. They laid down their lives so that both their loved ones and total strangers—originally Americans, but later, people of many nationalities—might live and enjoy the blessings of liberty. Scores, if not hundreds of millions, of people are not only alive but are also free today because Americans took up arms and laid down their lives for them. “Greater love has no one than this, that someone lay down his life for his friends” (John 15:13, ESV). Those fallen heroes, whom we remember on Memorial Day, indeed loved much.

God bless our departed compatriots. Let us honor and remember their sacrifice. And when you see the American flag flying at half-mast on Memorial Day morning (the flag is raised to the top of the pole at noon) remember what half-mast symbolizes: According to official etiquette, the flag is quickly raised to the top of the staff, paused there for a moment, then slowly lowered to half-mast. What looks like half-mast is really mast-and-a-half. Just as those who died in military service gave beyond the normal measure, so we honor their memory by raising our flag beyond its normal measure.

May you each feel poignancy and find meaning when you see on Memorial Day the American flag at mast-and-a-half in eloquent tribute to the fallen heroes whose lives and deaths we salute.

Mark Hendrickson, an economist, recently retired from the faculty of Grove City College, where he remains a fellow for economic and social policy at the Institute for Faith and Freedom.