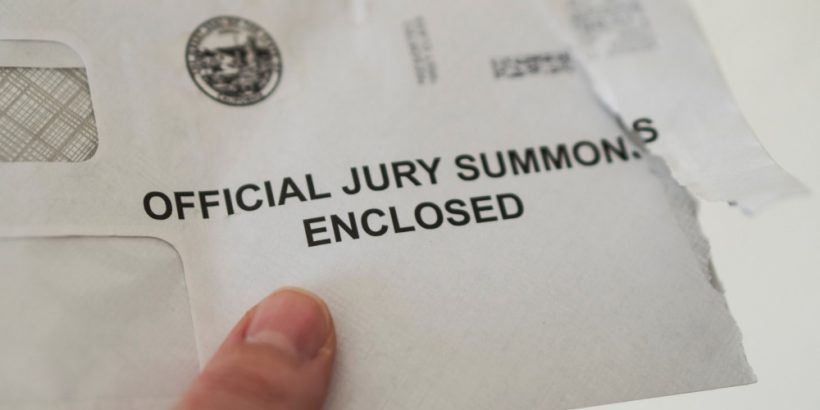 A federal judge this week sent home jurors who weren’t vaccinated against the virus that causes COVID-19 during jury selection for the trial of Elizabeth Holmes, the founder of Theranos.

U.S. District Judge Edward Davila, an Obama nominee, dismissed on Thursday in California nine jurors who had not received a COVID-19 vaccine.

[This could mean the end of fair trials in federal court for anything related to COVID or politics – Patriots! C-VINE News]

Davila said his aim was to keep jurors and their families healthy.

Both the prosecution and defense in the Holmes’ trial backed the decision.

Experts said the decision may fall within the court’s ability but could reduce the fairness of trials.

“If you excuse those people, you no longer have a representative jury,” said Christina Marinakis, a jury consultant with litigation consulting company IMS.

“Any unusual restrictions on who is eligible to serve on the jury in a particular case could raise issues on appeal,” added Kaspar Stoffelmayr, of the law firm Bartlit Beck.

Stoffelmayr confronted the question earlier this year, as the lawyer for Walgreens Boots Alliance in litigation over the pharmacy operator’s alleged role in fueling the opioid epidemic.

The Ohio federal judge overseeing that case initially ordered that all jurors be vaccinated, but reversed course after Walgreens and other defendants argued that requirement would skew the jury.

Defendants said a vaccination requirement did not appear to be required by any statute, rule, or policy, and noted the Administrative Office of the U.S. Courts recently told the media that “[w]hile courts may ask jurors COVID-19-related questions as part of their safety protocols, providing litigants with a jury selected at random from a fair cross section of the community remains of greatest importance.”

Jurors in the Holmes case were asked in the jury questionnaire whether they had received a COVID-19 vaccine or were scheduled to be vaccinated.

Holmes and her co-defendant, former romantic partner Ramesh Balwani, are accused of perpetrating a scheme that defrauded investors of millions of dollars as they claimed Theranos’s blood testing laboratory services were revolutionary and readily available despite knowing Theranos could not consistently produce accurate and reliable results for some blood tests.

The next court date is slated for Sept. 8. in San Jose.