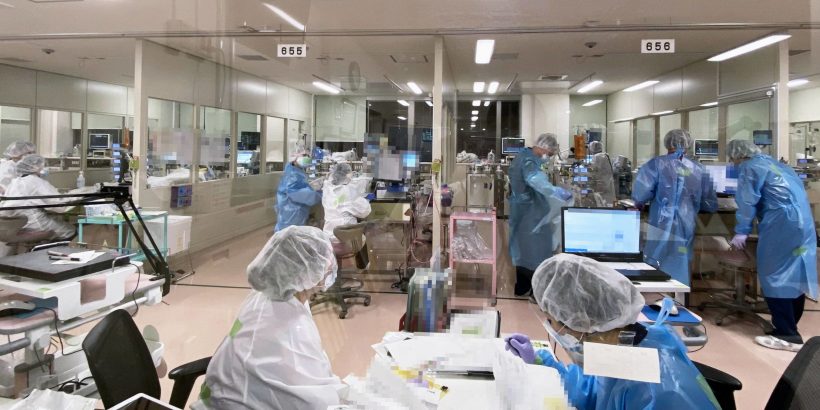 Terminations, job walk-offs could be ‘devastating’ to communities.

A nationwide shortage of nurses and health care workers may soon worsen as thousands of medical staff face losing their jobs by refusing to obey new COVID-19 vaccine mandates.

“It will be really terrible. We’re already understaffed,” said one veteran registered nurse who works at a health care facility north of Seattle.

She said she will lose her job after her employer’s Aug. 31 mandated vaccine goes into effect unless she complies with the requirement.

She estimates that as many as 400—20 percent—of the health center’s 2,500 employees refuse to take the vaccine. That number will likely shrink due to the financial hardship of job loss, she said, though “even losing 5 percent would be devastating to the community,” she told The Epoch Times.

The nurse, who spoke on condition of anonymity, said her only solution is if her employer grants her a religious exemption, which appears unlikely at this point.

“It looks like they’re going to reject my religious exemption. They need more information, but they’re not telling me what information they’re going to need. It puts me in a really tough situation,” she said. “I have two [elderly] parents who live with me. It would be extraordinarily disruptive to move them. It’s extremely scary trying to start again somewhere else.”

Stephanie Thorpe, a registered nurse in the UCHealth Colorado system, is also stuck between an employee rock and a medical hard place over her company’s pending vaccine mandate.

Thorpe said she, too, could lose her job if her application for a religious exemption is denied.

UCHealth reports more than 92 percent of 26,000 employees systemwide are fully vaccinated against COVID-19.

That leaves a reluctant 8 percent who refuse the shots.

These medical professionals—Thorpe included—will have until Sept. 1 to comply with UCHealth’s Oct. 1 vaccine mandate, or else they will face disciplinary action up to and including termination.

“We do allow if there is a religious exemption or a medical exemption as well,” said UCHealth spokeswoman Kelly Tracer. “UCHealth has been facing the same staffing challenges that hospitals around the country are, definitely. It’s a national shortage.”

Thorpe estimates “a couple hundred” staunch opponents to the vaccine mandate “are willing to walk away” because of the vaccines.

“Right now, [UCHealth] is working short-staffed at many facilities,” she told The Epoch Times.

Thorpe said that even if a small percentage of UCHealth employees are fired or walk off the job, their departure could be significant.

“I’m concerned that the people who are vaccinated and are going to stay are going to take the majority of the workload,” Thorpe said. “We can’t even get people now to fill positions. It could get very scary.”

UCHealth, however, states that over the past six months, more than 4,400 new employees, including 1,100 new nurses, have been hired.

“Our new employee orientations often have hundreds of people in each class, and today, we have about 7 percent more employees than at this time last year,” UCHealth said in a statement. “These new employees are making a difference, but especially when our hospitals are as full as they are right now, recruiting employees and retaining our current employees are top priorities for us.”

However, it’s not only UCHealth employees that refuse the vaccine that may soon join the ranks of the unemployed.

While at least one media outlet referred to those medical professionals who refuse to take the vaccines as “unlikely” to be hesitant because of their knowledge and medical training, several nurses interviewed by The Epoch Times said it’s their scientific training that gives them pause.

The nurse in Washington said there’s “a lot of distrust of the vaccine and the media narrative ‘safe and effective.’”

“There are a lot of credible doctors out there,” she said, “and they’re being shunned” by the medical community because they oppose the mRNA shots.

Another registered nurse, in Virginia, said she chose to give notice to her employer rather than be compelled to take the vaccine.

“This is a new type of vaccine—an mRNA vaccine that has never been used on humans before,” she told The Epoch Times on condition of anonymity. “It’s different from any of the other vaccines.”

“I am not against vaccines,” she said. “I encourage people to get vaccines that have been studied for years. I don’t think I’m being hypocritical by saying I’m pro-vaccine, but not pro this vaccine.”

Like Thorpe, the nurse said COVID-19 vaccine mandates will make the shortage of health care workers much worse.

“Who is going to take care of people with the [COVID-19] influx? You can only work short-staffed to a degree without compromising patient safety,” she said.

To illustrate her point, the nurse said she was recently offered a position at a health care facility without an interview ever taking place. The offer was rescinded when she refused to comply with the company’s vaccine mandate.

“I’ve been in health care over 10 years. I’ve never been given a job offer prior to an interview,” she said.

Currently, there are nearly 4 million registered nurses in the United States. However, the need to hire thousands more qualified staff was present even before the pandemic.

“Without decisive action, nurses will practice under increased stress. As the health care system is strained by an aging population and broadened access to public health care, it will be nurses that feel the weight of patient responsibility on their shoulders,” according to the American Nurses Association (ANA).

The ANA adds that by 2022, there will be “far more registered nurse jobs” than any other profession.

With more than 500,000 seasoned registered nurses (RNs) anticipated to retire by 2022, the U.S. Bureau of Labor Statistics projects the need for 1.1 million new RNs to replace those that have retired and to avoid a nursing shortage.

According to the Association of American Medical Colleges (AAMC), the United States will also see an estimated shortage of 37,800 to 124,000 physicians by 2034, including shortfalls in both primary and specialty care.

“The COVID-19 pandemic has highlighted many of the deepest disparities in health and access to health care services and exposed vulnerabilities in the health care system,” said AAMC President and CEO David J. Skorton in a statement.

In Arizona, there are currently 75,600 total nurses to serve an aging population that continues to grow.

Ann-Marie Alameddin, president and CEO of the Arizona Hospital and Health Care Association, said the shortage is mainly due to nurse retirement and normal attrition, as well as COVID-19 burnout.

Only “a handful” of hospitals in Arizona currently require a COVID-19 vaccine as a condition of employment, Alameddin told The Epoch Times.

“This is becoming a pandemic of the unvaccinated,” she said, and likened those employees who get vaccinated to honoring a “social contract” to keep people safe.

“I mean, nurses and other staff are contacting me from so many different states and all over the place right now. And a lot of them are not going to take [the vaccine]” or they’re getting fired or seeking an exemption. “A lot of times they deny exemptions, so it’s just going create more of a shortage all the way around the board,” Bridges said.

In June, a federal judge threw out a lawsuit brought by 117 employees at Houston Methodist who were suing the hospital system over its COVID-19 vaccine requirement.

The social cost of the vaccine mandates being felt, however, has nothing to do with public health or safety, the nurse in Washington said.

“It’s really shocking and devastating to me. I’m going to lose a whole number of [vaccinated] people I consider friends. I feel like I’m going through this feeling of grief. I’m really scared what this means for society,” she said.