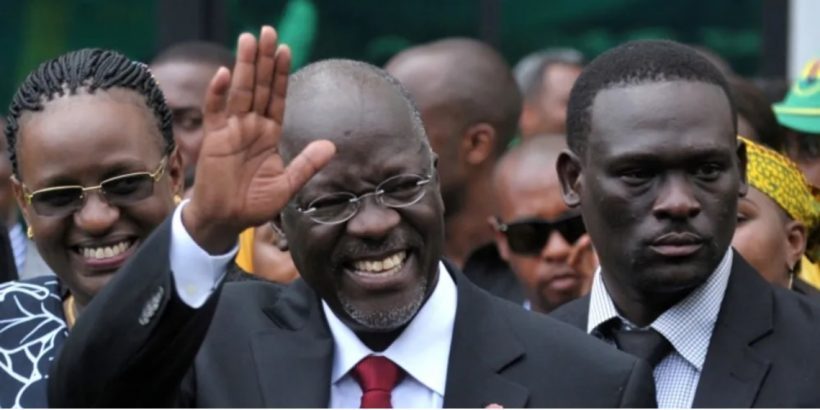 We took a lot of heat last week for publishing an article speculating that Haitian President Jovenel Moïse was assassinated to usher in vaccines into his country. By “heat,” I’m not talking about the standard trolls or Twitter DMs. The site was hit by a massive wave of hack attempts that failed miserably. Praise God and thank you to my security firm!

The attacks are likely to ramp up after this article is released as it details the events surrounding two other world leaders who happen to have died to allow for Covid vaccines to be brought into their countries. Nobody other than Free West Media is covering it thus far; I searched even the fringiest sites I could find for a hint of speculation and it was notably missing. Maybe they don’t know. Yet. Maybe they’re fearful of the same types of attacks we suffered. Either way, we’re ready to spread the word.

The leaders of three different countries died after having stopped the distribution of the experimental Covid-19 jabs. All three countries took the decision to distribute the vaccines to their citizens only after their leaders passed away.

One of them was Haitian President Jovenel Moise, who was assassinated at his home in Port-au-Prince recently by a group of mercenaries.

The Caribbean country has been eligible for free vaccines through the COVAX scheme, run by the World Health Organisation as well as global vaccine charities, but Moise had notably refused the AstraZeneca shots. Only days after his murder, the US dispatched vaccines to Haiti, together with a team of FBI agents.

This means that Haiti is now no longer the only country in the Western Hemisphere not to accept the Covid injection.

Soon after President John Magufuli of Tanzania had declared the vaccines dangerous, he passed away from a “heart ailment”. In February 2021, his health minister had told the media: “We are not yet satisfied that those vaccines have been clinically proven safe.” The death of the immensely popular Magufuli resulted in thousands of mourners crowding into a stadium to view his body. However, soon after Magufuli’s death, Tanzania ordered a huge shipment of the products worth millions of dollars for its 60 million citizens.

Magufuli, a former chemistry teacher, also trashed PCR tests by demonstrating how a goat and a papaya fruit had both tested positive for Covid-19. Magufuli’s view on PCR tests is shared by the international trial lawyer Dr Reiner Fuellmich who has launched a historic class-action lawsuit in Germany and the US against Christian Drosten and the other scientists who created the PCR testing protocol used to “diagnose” Covid-19.

In November, 2020, an appeals court in Portugal had ruled that “the PCR process is not a reliable test for SARS-CoV-2, and therefore any enforced quarantine based on those test results is unlawful”. The judges, Margarida Ramos de Almeida and Ana Paramés, referred to several pieces of scientific evidence showing that in PCR tests with 35 cycles or more the accuracy dropped to three percent, meaning up to 97 percent of positive results could be false positives.

In March this year, an Austrian administrative court acknowledged the limitations of PCR and antigen testing in use currently, ruling that “PCR tests have no diagnostic value”. This view was echoed in April by a German court in Weimar, stating that PCR tests were not “suitable for determining an ‘infection’ with the SARS-CoV-2 virus”. It also ordered the lifting of various restrictions in the region.

Burundi was the second African country to reject Covid shots in February this year. The health minister of the African nation, Thaddee Ndikumana, told reporters that prevention was more important, and “since more than 95 percent of patients are recovering, we estimate that the vaccines are not yet necessary”.

In the most vaccinated countries, like Israel, the UK or the Seychelles, and especially in Gibraltar which boasts a 100 percent vaccination rate, the alleged delta variant now doubles every 3 days. Perhaps the current 23 cases is not significant, but 23 cases in an area with 35 000 inhabitants is the equivalent of 45 000 cases per day in a country like France.

And it has been more than a month and a half since 100 percent of the population of Gibraltar was vaccinated with two doses. This “paradise” for the vaccinated vindicates the hesitation of the Africans to take part in the mass experiment.

Editor’s Commentary: Like I said in the opening, there is no way this is all just one big coincidence. We noted in the original article that among those accused of the assassination in Haiti were people on the FBI’s and NSA’s payrolls. Yes, the Deep State is very much directly involved in the globalist agenda surrounding these “vaccines.” Of that, there can be no doubt. Nothing at this scale happens without their direct involvement.

The challenge is in getting enough people to set aside their programmed disbelief in all things labeled as “conspiracy theories” and to use their heads. I was never a conspiracy theorist per se. I felt most of them were ludicrous, though I acknowledged that some of them were credible. Today, I can tell you that many of the theories we’re hearing regarding the stolen election, plandemic, vaccine tyranny, Big Tech supremacy, The Great Reset, and the advancing globalist agenda are no longer fodder for the fringe. A lot of them are real and very much in play as we speak.

One has to wonder why it’s so important for the globalists to get everyone vaccinated. It’s understandable that they’d want to push these “vaccines” on people in Western societies as well as all developed nations. But considering the targeting of presidents in third-world countries, it seems clear they are pushing for vaccinations to be universal. That’s troubling, not just for developing nations but for everyone because it means their agenda is not short-term. They aren’t trying to get most of us. They’re trying to get all of us, and that changes the calculus.

Admittedly, it’s challenging to spread the word about this sort of thing. It isn’t just the obvious Big Tech suppression or mainstream media censorship. It’s overcoming the stigma surrounding such topics. They’ve really hammered into us that being a “conspiracy theorist” is a bad thing. But know this: Conspiracies are real. Sure, many of them are not real; I do not believe that Paul McCartney died in a car accident in the 1960s and was replaced by a doppelganger. But I do believe the Principalities and Powers are engaged in a series of nefarious agendas to do Lord-knows-what with the world.

Stay rooted in the truth and help others to do the same. They’re coming after us. That’s not a paranoid delusion. It’s the reality of our world today. Those with their eyes open are a tiny minority. We must open more eyes quickly.