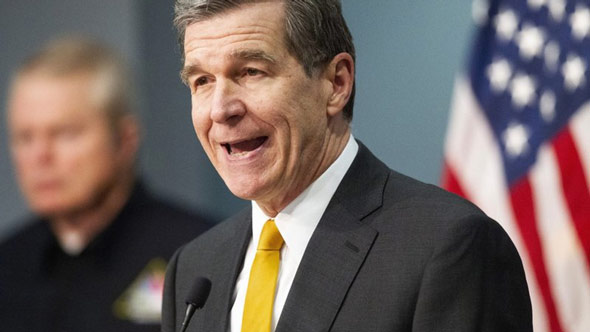 A conservative University of North Carolina professor has been found dead at home after he blasted the state’s Democrat governor as “evil and despicable,” according to reports.

The body of Prof. Mike Adams was discovered in his Wilmington home on Thursday after police conducted a wellness check, deputies from the New Hanover County Sheriff’s Office confirmed.

Police say they have launched an investigation but have yet to confirm the cause of death.

Adams had become a lightning rod for leftist attacks after posting a series of tweets his critics claimed were sexist and racist.

He was recently forced to retire by administrators in July after he sparked controversy over politically incorrect comments.

The professor sparked a debate about political correctness in May when he tweeted a joke criticizing North Carolina Governor Roy Cooper’s coronavirus lockdown policy.

“This evening I ate pizza and drank beer with six guys at a six seat table top,” Adams tweeted in May.

“I almost felt like a free man who was not living in the slave state of North Carolina. Massa Cooper, let my people go!”

The tweet set off a firestorm from students, faculty, and even celebrities that had worked on television productions in Wilmington, according to Breitbart.