Documents Prove Treason At The Highest Level, Who Will Pay? 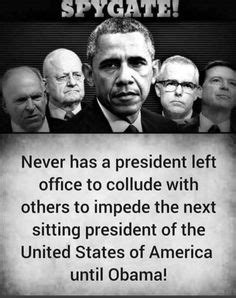 The individuals who are a part of FISA/Spygate are terrified. Documentation proves the Obama Administration spied on the  Trump campaign and propagated it with fake evidence. This is most likely the biggest story of all time, but the media won’t report on it without a spin in their favor.

As the Patriots slowly dripped out information, the media spun the narrative so the truth could be hidden. However, since so much information has been declassified, the truth is exposed and the media is backed into a corner.

FBI Attorney, Kevin Clinesmith changed Flynn’s email to say the opposite of what really happened, so they could get a FISA warrant against Carter Page. In this case, the media didn’t need to spin the narrative. The FBI knew all along this document was false. As this investigation unfolded, it has been proven by Comey’s own memos, the FBI lied. Shouldn’t this be the biggest story in history? Yet, the MSM is ignoring it.

Attorney Lin Wood, the lawyer who represented Covington student Nick Sandmann, has decided to represent Carter Page. News outlets have falsely accused Page of being a traitor. When Wood gets finished with the media for false reporting, they may be very sorry they lied, again.

President Trump is the hero of the century! He signed several Executive Orders, dropping prescription drug prices by 50%;  expensive insulin went from exorbitant prices to pennies; epi-pens went from hundreds of dollars to a fraction of the cost. He has put more money back in the people’s pockets, plus it allows overall affordability.

He also signed into law, the medical establishment must make known the cost of procedures and medicines prior to services rendered. Dark to light!

The death rate of COVID is dropping significantly. Most people do not want to wear masks anymore and are pushing against those establishments who once required them. Home Depot, Wal-Mart, CVS, Wal-Greens, Lowes and other large retailers seem to be back-tracking, saying they will serve customers even if they violate the mandated order.

CNN stated Black Lives Matter protests have not led to spikes in coronavirus cases, but singing in church, does? Riots in Portland do not, but a Trump rally in South Dakota does? Mingling in bars before 10 P.M. does not but after 10 P.M., does? COVID germs spread in salons and gyms but they don’t in airplanes? What a smart virus this is!

Does this make sense? Patriots are catching on and do not believe it! 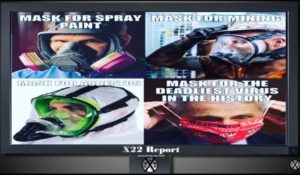 This meme created by X22 has 4 masks.
1) being a painter’s mask, with dual filter systems.
2) being a miner’s mask, covering eyes, nose and dual filter system.
3) being an asbestos mask, with the whole body being covered.
4) a mask for the most deadly virus in the world, is a simple breathable ripped up t-shirt, bandana or paper surgical mask.  If it’s the most deadly virus, why aren’t we placing our used masks in bio-hazard bins?

When virologists are working around viruses and petri dishes, their body is completely covered in a hazmat suit with oxygen pumped in. Either we should be wearing a hazmat suit for COVID containment, or we have been duped. Don’t worry, we are told the CDC has our best interest in mind. The Association of Medical Doctors and Surgeons has reported there have been no mask studies for effectiveness.

Our whole country is basically wearing masks. If they work, why are the cases reportedly going up? Shouldn’t the numbers be going down, if masks work? Most people are wearing them. Logically thinking, these masks do not work. The narrative is about FEAR. If we fear for our safety we can be controlled.

Hydroxychloroquine has been proven to save lives. The MSM told us it would kill us and would hurt our hearts. They lied, again. A Yale professor admitted HCQ can save lives.  So many lives lost all because Governors would not allow doctors to prescribe HCQ. Since when were governors allowed to practice medicine? It looks like there will be class actions lawsuits in motion.

What we have in our favor, is many of these rioters have been trace-tracked and they are lying. Trump said he will help these cities if he is invited to do so. This proves he has nothing to do with these riots; it is the governors, the mayors, the paid protesters, etc. The DS is losing ground. They will most likely plan another false flag very soon. The DS may be using secret codes with each other. ‘Picture-woman-man-camera-TV.’ Be vigilant, Patriots! 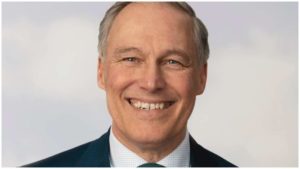 Washington State Gov. Jay Inslee’s daughter-in-law, works for the Gates Foundation. They are all part of the same system. Ric Grenell indicated the following: Get rid of Jay Inslee as fast as you can. He’s blaming law enforcement officers for these riots, saying the damage to Seattle is all their fault. Lies, all lies! It’s the rioters who are causing all the destruction. It’s all on video, Jay!

Regarding worship, the government cannot take these rights away, yet we are allowing them to do so. Why are religious institutions being targeted? Do they know about the power of prayer? 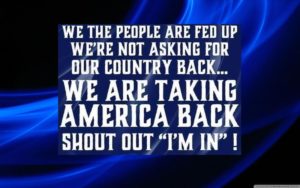 Every time the DS pushes us, we must speak out. We are free thinkers and being awake is their greatest fear.

We-The-People are taking back our country. We will be silent no more!