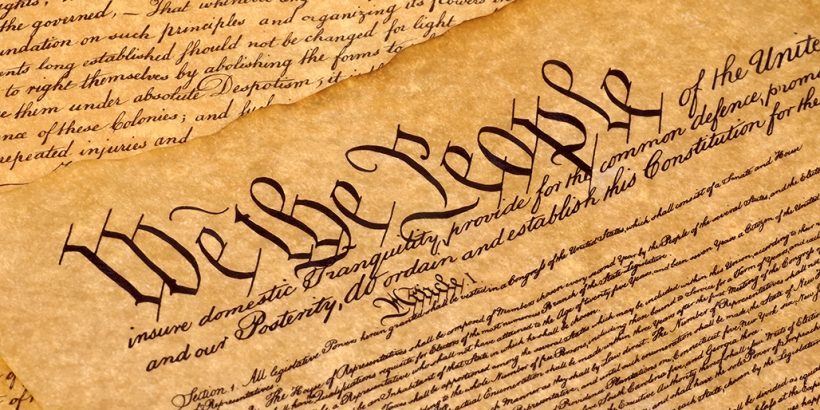 Schneider, who serves as executive director of the American Conservative Union (ACU), which organizes CPAC, told The Epoch Times’ “American Thought Leaders” that the theme of the conference reflects what he says is the growing threat to constitutionally-enshrined liberties.

All 10 amendments to the U.S. Constitution that comprise the Bill of Rights will be addressed in 10 separate speeches, panels, and interviews at the conference, Schneider said.

“It’s so important for Americans to understand why these rights are critical to freedom, why the left is now attacking each one of these amendments, and why we must preserve the Bill of Rights and the U.S. Constitution,” he said.

Schneider warned about the push to restrict basic freedoms.

Many conservatives have taken up the mantle against cancel culture. In a recent op-ed in The Epoch Times, chairman of the Discovery Institute’s Center on Human Exceptionalism, Wesley J. Smith, compared the phenomenon to McCarthyism in the 1950s.

“Once again, we find ourselves in a time of moral panic, now known as ‘cancel culture.’ Today, the hunted prey aren’t communists, but those accused of current or past ‘white supremacy,’ anti-LGBT thought, supporting President Donald Trump, and/or engaging in that almost limitless category, ‘hate,’ Smith wrote.

“The center is failing to hold. Cancel culture is destabilizing society at a deep and profound level. But even as protests mount, contemporary moral panic mongers are redoubling their bullying to cleanse the culture of what they consider unacceptable opinion, which often, simply means ‘conservative,’” he argued.

Schneider echoed this perspective, saying, “The radical left will not tolerate any dissenting point of view.”

“That is the most un-American thing I can imagine,” he added. “Our nation was founded on the idea that people who disagree can still be part of a civil society. So people of goodwill throughout America need to come together to fight back against this whole cancel culture effort.”

Former President Donald Trump will deliver a speech at the event on Sunday afternoon, Schneider confirmed. He said Trump would focus his remarks on the future of the Republican Party.

Commenting on the substance of Trump’s CPAC speech, former senior adviser Stephen Miller said that Trump will lay out an optimistic vision for America and focus on standing up to China, reviving U.S. manufacturing, dismantling the monopoly of Big Tech, reopening schools, and securing the border.

“He’s going to present an optimistic vision for a country where communities are safe, where criminals are behind bars, and where everybody can earn a decent high-paying wage and produce products here in the United States, where they should be made, not in China, not overseas,” Miller told Maria Bartiromo on Fox News.

Jason Miller, a senior adviser to Trump, said Sunday that the former president is fully committed to the Republican Party and will work to have it retake the House and Senate in 2022.

Miller also dispelled rumors that Trump would launch his own MAGA party, and insisted that Trump embodies both the present and future of the GOP.

“What a lot of folks are starting to realize here in the States is that President Trump really is the Republican Party,” Miller said, adding, “He not only is the current aspect of the party, he’s the future of the party.”

This year’s CPAC is scheduled for Feb. 25-28 in Orlando, Florida.