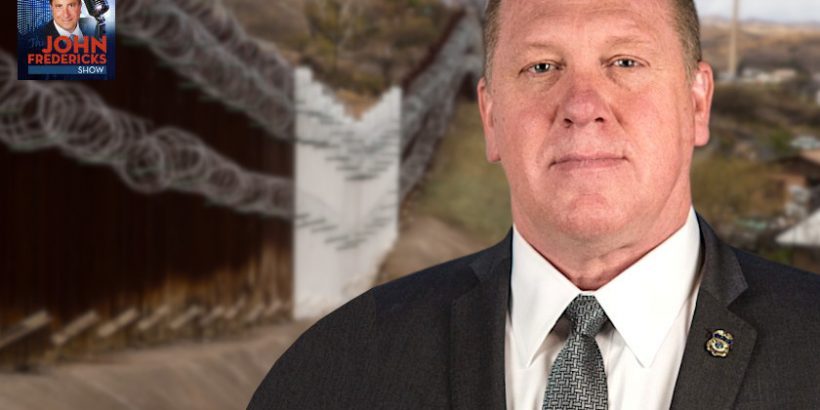 The former acting director of Immigration and Customs Enforcement (ICE) says the new administration’s steps to narrow the criteria for immigration enforcement are “just ridiculous.”

“It’s almost like it’s not illegal to be illegally in the United States anymore,” Tom Homan told The Epoch Times on Feb. 18.

Homan retired during the Trump administration, after directing the agency responsible for interior immigration enforcement and deportations as well as investigations into human trafficking and cross-border crime.

The Department of Homeland Security (DHS) on Feb. 18 announced new enforcement priorities that will focus on three groups of illegal immigrants: national security threats such as known or suspected terrorists; those who crossed the border illegally after Nov. 1, 2020; and public safety threats who are convicted of aggravated felonies.

Any ICE agent who encounters an illegal immigrant who falls outside of the three categories must get pre-approval from their field office before taking any action.

“They say it’s public safety, but it’s only the worst of the worst,” Homan said. “When it comes to assault, when it comes to robbery and burglary, and all these other crimes that they’ve taken off the table, they’ve pretty much sent a message to the rest of the world [that] it’s OK to enter the country illegally—as long as you don’t commit a few of the most serious crimes, you’re free to stay, because ICE isn’t looking for you.”

He argues that crimes such as driving under the influence should be considered a public safety issue.

“I was a police officer. I know what it’s like to run up on a scene of a deadly DUI—it’s terrible. And they’ve obviously never talked to an angel mom or angel dad whose child was killed by someone here illegally that was driving drunk,” Homan said.

A DHS official said the new guidelines for ICE are to help the agency focus its limited resources on “cases that the public cares about.”

The official said ICE arrests aren’t expected to drop under the new guidelines. “It’s just a question to us of reallocating resources to the cases that really, truly matter,” the official said.

Ninety-two percent of the almost 186,000 individuals that ICE’s Enforcement and Removal Operations removed in fiscal 2020 had criminal convictions or pending criminal charges, according to ICE’s end-of-year report.

ICE also conducted more than 103,000 interior arrests—just under 30 percent fewer than in fiscal 2019, due to COVID-19 restrictions.

Approximately 90 percent of those arrested had a criminal conviction or charge, according to the report. Those arrested included aliens with criminal charges or convictions for 1,837 homicide offenses, 37,247 assault offenses, and 10,302 sexual assault or sex offenses.

“Every crime committed by an illegal alien is a preventable crime,” Homan said. “If we had true border security, true immigration enforcement—if we actually enforced immigration laws in this country and secured our border—thousands of crimes every day could be prevented because they’re not here.”

Part of ICE’s job is to track down and remove the 672,000 fugitives who have been ordered removed by a federal immigration judge but are still in the United States.

But the new DHS directive says ICE agents must first get clearance from supervisors if they encounter illegal immigrants who aren’t convicted criminals during operations.

The decision to then arrest the individual, or not, needs to take into account whether the person might be suffering from a serious physical or mental illness, a DHS official said.

“We want them [ICE] to think about ties to the community, whether the individual has family here in the United States, U.S. citizen family members, and other considerations,” the official said.

“At what point can the executive branch tell the judicial branch that their legal orders are meaningless?” he said.

“It’s ridiculous for a law enforcement officer to have to call a supervisor for permission to enforce the law. The law is black and white. Name a state trooper that needs to get approval to write a speeding ticket.”

On Feb. 22, attorney general nominee Merrick Garland testified in front of the Senate Judiciary Committee and was asked whether he believed illegal entry into the United States should remain a crime. The immigration court system sits within the Department of Justice.

Homan asserts that the Biden approach is “never going to solve the immigration crisis, and so the border will continue to be out of control.”

He expects an imminent humanitarian crisis at the border.

“During the last surge [in 2019], Border Patrol said 50 to 60 percent of their manpower is no longer on the border because they’re changing diapers, making hospital runs, taking care of families, [with] half or more [agents] no longer on the line,” he said.

“President Biden was vice president during the first surge in FY14 and ’15. How did we stop it? We stopped it by building detention facilities and detaining people until they saw a judge. So he forgot all the lessons learned and now he’s trying to stop detention.”

ICE detention facility capacity has been decreased from 52,000 to 15,000 illegal aliens.