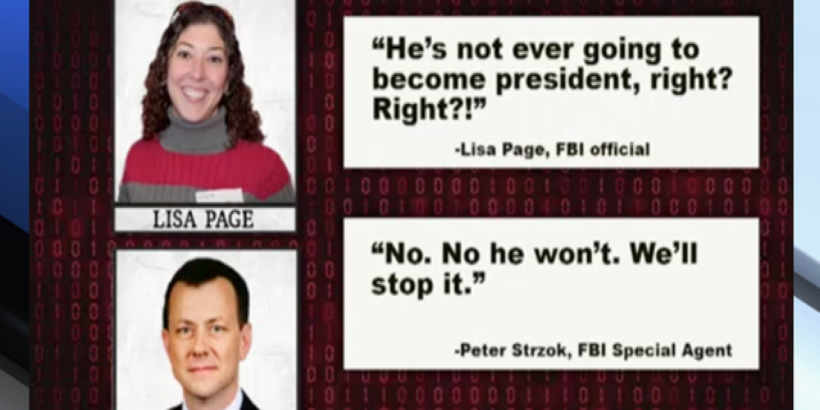 American Patriot’s Most Despised “Lovers” 5 minutes of Infamy Rages On!

Peter Strzok and Lisa Page continue to get more than their love affair ever bargained for, as more texts are making the news cycle rounds.  Bad for them…but more great news for our favorite 3 Star General, and his skilled lawyer, Sidney Powell!

Seems Peter took some liberties all his own with FBI records that pertained to General Flynn.  Imagine that?!

I’m guessing these revelations will not go well for our 2 lovebirds.  We may need more popcorn as this chapter of the story unfolds!

An eye-witness said the draft included exculpatory information, which was removed in the final version, Flynn’s lawyer, Sidney Powell, previously said.  Flynn, former head of the Defense Intelligence Agency (DIA) and former national security adviser to President Donald Trump, pleaded guilty on Dec. 1, 2017, to one count of lying to FBI agents during a Jan. 24, 2017, interview.

Agents are supposed to memorialize their interviews in an FD-302 form within five days, but the earliest 302 draft Flynn was provided was dated Feb. 10, 2017.
The new text messages suggest that an earlier version of the draft existed, either produced on Feb. 10 or earlier. 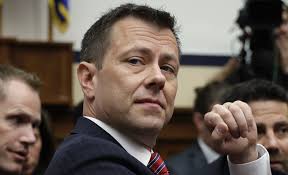 “Lisa you didn’t see it before my edits that went into what I sent you,” Strzok texted after 10 p.m. on Feb. 10, 2017, to Lisa Page, his mistress and then-special counsel to FBI’s then-Deputy Director Andrew McCabe.
Strzok said he was “trying to not completely rewrite” the document “so as to save [redacted] voice.”

According to Powell, Strzok and Page were editing the Flynn 302 and Strzok was referring to the Supervisory Special Agent (SSA) who co-conducted the interview with him. The Epoch Times and other media have identified the agent as Joe Pientka.

The texts show “that there in fact exists an original 302 document created by SSA,” Powell said in an April 30 statement.
The FBI had no comment when asked to confirm or deny whether the texts pertained to the Flynn 302.

The failure to produce the draft 302 equals a violation of the court’s “Brady” order, which requires the government to hand over evidence helpful to the defense, Powell said.

“As repugnant as this conduct is on its face, the travel of this vital document establishes continuously—and until this day—the original FBI agents, the prosecutors, and FBI management’s determination to withhold exculpatory evidence required under Brady, among other violations of Gen. Flynn’s civil rights. They withheld it not only to try to convict an innocent man, but to hide their own crimes,” she said. 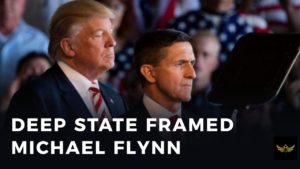 In an Oct. 24, 2019, court filing, Powell rejected the suggestion that the 302 draft was “missing,” saying neither the bureau nor its digital document system “loses the most important of its reports that is supposed to support the federal felony of the President’s National Security Adviser.”
On Jan. 16, Powell disclosed that she has a witness who could attest to what was in the original draft.

“I’ve now found a witness who says the original 302 did in fact say that Flynn was honest with the agents and did not lie,” she told Larry O’Connor on his WMAL radio show. “So for somebody to delete that from the 302 is just beyond outrageous.”
She told The Epoch Times the witness saw the document.

The new text messages are among a number of documents recently handed over to Flynn as a result of an ongoing review of his case by Jeffrey Jensen, U.S. attorney for the Eastern District of Missouri, who was directed in January to perform the review by Attorney General William Barr.

The documents revealed that an FBI official involved in the decision to interview Flynn had questioned whether the bureau was trying to catch Flynn in a lie rather than get to the truth through their questioning. Also released were emails revealing that Page and another person had discussed beforehand the need to warn Flynn that lying to a federal officer is a crime. Flynn didn’t receive that warning during the interview.

The documents also show that on Jan. 4, 2017, the FBI’s Washington field office drafted a document outlining a closure of its investigation into Flynn. In the afternoon that day, Strzok urgently reached out to agents handling the Flynn case, telling them not to close it. It’s not clear on what grounds he wanted to keep the investigation open.

In January, Flynn asked District Judge Emmet Sullivan, who is handling the case, to allow him to withdraw his original guilty plea, saying he only entered it because his former lawyers hadn’t represented him effectively at the time.

Powell has stated for months that the case should be dismissed over government misconduct.
In December 2019, Sullivan denied Powell’s request for a list of additional documents and for dismissal of the case. New information, however, has turned up in the case since then.

Trump wrote on Twitter on March 15 that he was “strongly considering” a pardon for Flynn given the evidence.

(Update: The article was updated to include a response from the FBI.)