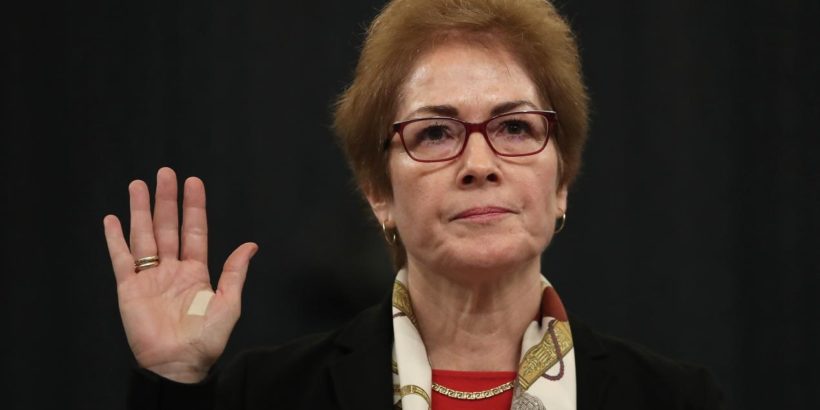 “She should be made to answer for what she has done here,” Bossie, the deputy campaign manager for the 2016 Trump presidential campaign, said on the John Solomon Reports podcast.

Bossie pointed out that records recently obtained through the Freedom of Information Act reveal Yovanovitch’s knowledge of issues pertaining to Ukrainian natural gas firm Burisma Holdings may have been more extensive than she admitted while testifying before the House Intelligence Committee impeachment inquiry chaired by California Democratic Rep. Adam Schiff.

Yovanovitch, who recently retired from the State Department, did not respond Tuesday to an email message from Solomon seeking comment on his Just the News article on the newly released records related to her Burisma knowledge and contacts. Her lawyer during the impeachment proceedings, Lawrence S. Robbins, also did not respond to an emailed request for comment.

During her testimony last fall, the ambassador told lawmakers her knowledge about Burisma and its relationship with Hunter Biden was limited mostly to a briefing before she went to Kiev as the top U.S. diplomat and what she read in news reports. When pressed she said it was possible she learned other information but could not recall it.

The newly released memos state Yovanovitch had a direct meeting with a Burisma representative in December 2016, and received a detailed letter from the company’s lawyer and received a staff briefing after she arrived in Ukraine.

Solomon said he has a pending lawsuit seeking to obtain Yovanovitch’s contacts about Burisma and that the State Department had indicated that it is finished producing material. However, he intends to pursue the release of more information based on the new revelations about Yovanovitch.