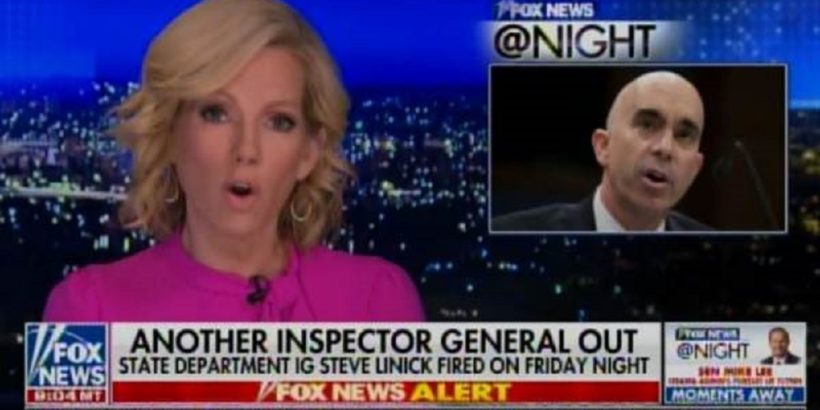 Linick played a role in the faux impeachment of President Trump over Ukraine.

Linick requested an urgent meeting with Congressional Democrat staffers. During the meeting Linick handed over documents related to the Trump administration and Ukraine.
The entire impeachment was a scam to divert attention away from the Biden Crime Family and Hunter Biden’s pay-for-play with Burisma Holdings.

Linick was an anti-Trump hack who should have been removed months ago.
CNBC reported:

His office had issued several reports critical of the department’s handling of personnel matters, including accusing some of President Donald Trump’s appointees of retaliating against career officials.

Linick will replaced by Stephen Akard, a former career foreign service officer who has close ties to Vice President Mike Pence, said the official, who was not authorized to discuss the matter publicly and spoke on condition of anonymity. Akard currently runs the department’s Office of Foreign Missions. He had been nominated to be the director general of the foreign service but withdrew after objections he wasn’t experienced enough.

Linick, a former assistant U.S. attorney in California and Virginia, had overseen inspector general reports that were highly critical of the department’s management policies during the Trump administration.