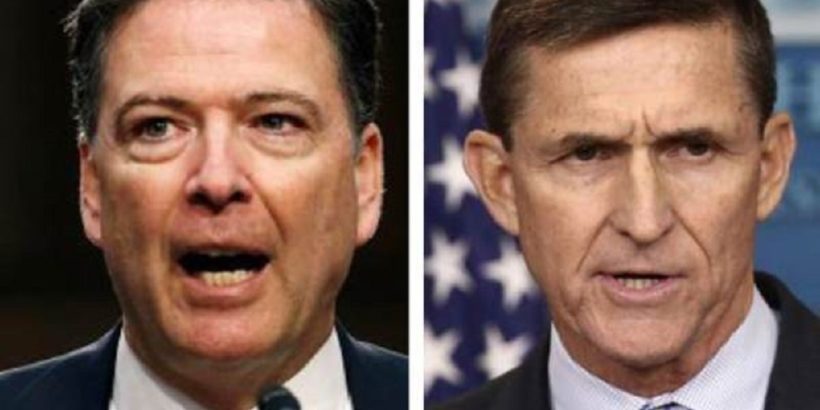 Senate Governmental Affairs Committee Chairman Ron Johnson (R-WI) wrote a letter to US Attorney General William Barr on Monday requesting he declassify the remaining portion of Susan Rice’s January 20, 2017 email to herself about the secret Oval Office meeting with the coup cabal.

“I request you review and declassify the remaining portion of Ambassador Rice’s January 20, 2017, email and provide it to my office,” Johnson wrote.

CBS reporter Catherine Herridge obtained the declassified email and released it to the public (screenshot below).

It was previously known the junk Russia dossier and General Flynn’s calls to Russian Ambassador Sergey Kislyak were discussed in the secret meeting.

The newly declassified portion of the email once again implicates Barack Obama and Comey!

“President Obama asked if Comey was saying that the NSC should not pass sensitive information related to Russia to Flynn. Comey replied “potentially” and noted “the level of communication (w/Russian Ambassador) is unusual.”

Tom Fitton said a special counsel should be appointed to investigate the seditious conspiracy.
https://twitter.com/TomFitton/status/1262836715741483010 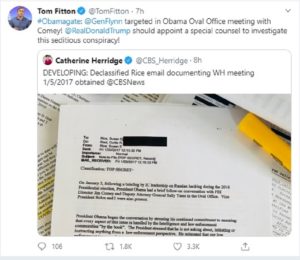