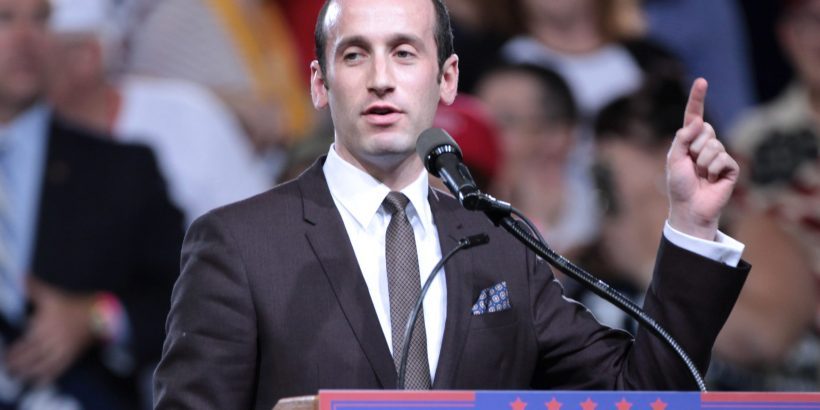 Career officials from the Department of Homeland Security (DHS) warned then-President-elect Joe Biden’s transition team that revoking President Donald Trump’s border policies would have “catastrophic consequences,” according to Stephen Miller, who served as Trump’s top adviser on immigration issues at the White House.

“Biden’s transition team was warned by career DHS officials that terminating our proven border security measures would lead to catastrophic consequences. … They ignored those warnings and voluntarily unleashed chaos,” Miller wrote on Twitter on March 17.

“By 2020—defeating a flood of meritless years-long litigation—we had in place the most effective, rock-solid, profound border security measures ever realized. Biden inherited an unbeatable system. He then immediately shredded it & created this rapidly-escalating emergency.”

Miller, who is now a senior adviser to Trump, made the remarks in response to a news report about Biden telling Central American migrants to stay in their communities and not make the trek to the United States to cross the border illegally.

“I can say quite clearly: Don’t come over,” Biden told ABC News.

The Biden administration is facing a surge of illegal border crossings on pace to be the highest in two decades. The influx coincided with Biden taking office and swiftly revoking more than a dozen key Trump immigration measures.

“Maybe nobody on his staff informed him, but Biden’s DHS implemented nationwide Catch-and-Release,” Miller wrote. “Illegal migrants from all over the world, in ever-growing numbers, will descend on the border until the Trump policy of Detain-and-Remove is restored.”

Trump criticized Biden’s border agenda in an interview aired on Fox News on March 16, particularly lamenting the decision to halt the construction of his signature wall on the southern border.

“They should finish it,” Trump said about the wall. “But they’re destroying our country. People are coming in by the hundreds of thousands.”

Biden said there’s been a surge of illegal immigrants over the past two years but agreed the current wave “could be” worse. The president said on March 16 that he doesn’t currently plan to visit the border.

Officials in border states have said some illegal immigrants are testing positive for the CCP virus but aren’t being forced to stay in quarantine, stoking concerns about them spreading COVID-19.

Biden sent a contingent of officials earlier this month to view the situation on the ground. He hasn’t offered a perspective on what they saw, and it isn’t clear whether he’s been briefed by them yet. White House press secretary Jen Psaki told reporters in Washington on March 15 that the administration feels it has a handle on the border situation.

“We recognize this as a problem. We’re focused on addressing it,” Psaki said.

Bowen Xiao contributed to this report.