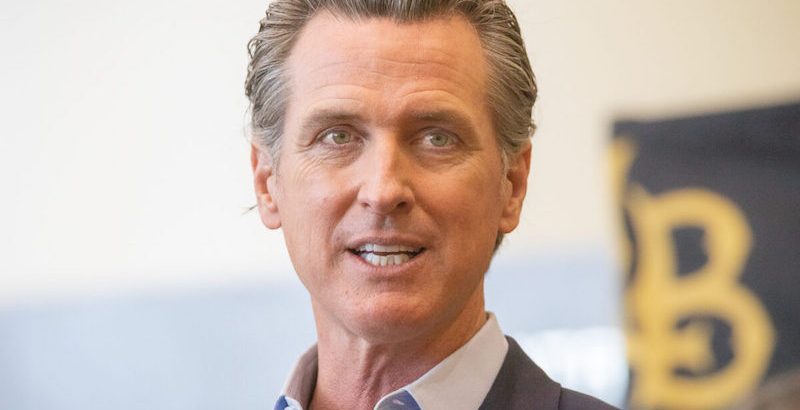 California voters have had it! They have moved forward and surpassed the number of needed signatures to place a ‘Recall Gavin Newsom‘ on the ballot.

A sampling of verified signatures declared one-third of recall votes are do not come from Republicans. Are these non-Republicans fringe conspiracy theorists, too?

When Americans have been wronged, no matter partylines, race or creed, in the name of freedom, we will band together, find common ground, and unify.

Might this be what corrupt governors and mayors are afraid of? Yes, indeed!

California Gov. Gavin Newsom on Tuesday said he’s concerned about the campaign to oust him from office.

“The nature of these things, the up or down question, the zero-sum nature of the question is challenging, it’s vexing. And, so, we’re taking it seriously,” he added.

Organizers announced earlier this month that they’d accumulated nearly 2 million signatures ahead of the March 17 deadline. They only need 1.495 million verified signatures to place the recall on a ballot.

Newsom vowed to fight for his political survival and attempted to paint the recall organizers as fringe conspiracy theorists.

“The chief proponent of this and, forgive me, this is just objective truth, that chief proponent of this recall petition supports putting microchips into migrants into immigrants. The other proponents, the chief, the top 10, proponents of people that are behind this are members of the three percenters, the right-wing militia group, the Proud Boys— supported the insurrection—are folks that quite literally, enthusiastically support QAnon and conspiracies, so that’s the origin here,” he said.

Newsom also insinuated that supporters of former President Donald Trump largely made up signers of the recall petition.

Organizers told reporters on March 7 that an internal study done on a sample of about 20,000 signatures showed that 31.5 percent of the signers were not Republican, and prominent Democrats have publicly backed the movement.

Supporters include “people from all walks of life,” Mike Netter, a Recall Gavin Newsom proponent, said at the time.

“People are coming across the aisle, and from the entire political spectrum to work on this movement, because they feel so strongly about the direction California has been going for the last several decades, and they know that California is in desperate need of a course correction,” he added.

What rankled some Californians was how Newsom urged them to stay home while attending a friend’s birthday dinner at the French Laundry. Photographs show the dinner taking place indoors, though the governor’s office has alleged there were sliding doors in one of the walls.

“That was a terrible mistake. It was a friend’s 50th birthday. There were too many people at the table at the end of the day, I own that. And I’m going to be held to account for that,” Newsom told “The View.”

He also defended the harsh restrictions he’s imposed during the pandemic when it was pointed out that California and Florida have nearly identical COVID-19 case rates despite the latter having far fewer rules.

“Let’s be just candid about this, Florida and California [are] very different in every way, shape, or form in this respect. Most importantly, the issue of density is profoundly significant as it relates to the disease spread, the disease burden, particularly multi-generational households. And density, just consider L.A. alone—its density is seven times greater than that of Miami,” he said.