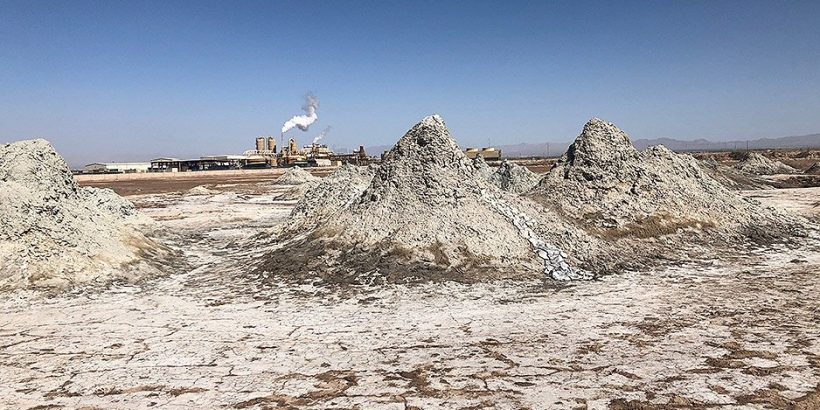 Companies are starting to drill for lithium at the Salton Sea in Southern California, but it may not be enough to supply the growing demand for the mineral, which is crucial for the development of “green energy.”

The world needs about 40 new lithium mines over the next 10 years to keep up with demand for the batteries that power electric vehicles, electronics, and wind and solar energy sources, according to Moores.

“Right now lithium demand is growing at three times the speed of lithium supply,” Moores tweeted. “That’s a big problem that needs to be solved.”

New climate goals set by the Paris Climate Accord and last year’s Glasgow Climate Conference have compounded the need for lithium in the U.S. as elected officials try to meet their stated deadlines.

To help boost the domestic supply of lithium, at least three companies are exploring projects at the Salton Sea, located in the desert about two hours northeast of San Diego. The large lake is a former tourist attraction that was largely abandoned after growing increasingly toxic.

The ground beneath the shallow water is expected to contain one of the world’s largest source of brine that contains lithium, supplying a potential 50 to 100 years’ worth of lithium production, according to researchers.

At the site, the closed-loop extraction process will be designed to pull lithium from the cooled brine produced by geothermal power production, considered a more environmentally friendly method. This technique also eliminates the need for off-shore processing. Lithium operations elsewhere often use open pit mining or evaporation ponds.

According to EnergySource Minerals, the company is close to becoming fully operational at its existing John Featherstone geothermal plant at the Salton Sea. The Imperial Valley-based company has also shared its technology with two other operations in the U.S., a company spokeswoman told The Epoch Times. The company’s permits were approved locally and it expects the Salton Sea operation to be ready by 2024.

“We’re going for the testing phase on those wells, which are looking quite good at the moment for both lithium and power production,” Colwell told the Salton Sea Authority at a meeting on Feb. 24.

Once developed, the company expects to produce enough geothermal energy for 1.1 million homes and 300,000 tons of lithium each year.

By 2034, the U.S. will need an estimated 500,000 metric tons of unrefined lithium per year just to power electric vehicles, according to the battery company OneCharge.

“The U.S. produces just a fraction of that today,” according to OneCharge’s report in January.

Lithium extraction can also be complicated by where the deposits are located. Some U.S. lithium deposits are near national and state parks, including Death Valley National Park, and environmentalists warn that mining operations could negatively affect the ecosystem.

“Even with the current deposits that have been located or are under development, it’s not enough, even when you get the recycling facilities in place,” Chad Gretzner, a research engineer and one of the managing members of Sundown Resources LLC, owners of the largest known uranium deposit in California, told The Epoch Times. “There also has to be a willingness to open areas that are under land designation that prohibit new mineral development.”

An increasing demand for lithium has resulted in record prices, as carmakers scramble to find the supplies needed to make future electric vehicles. The price of lithium carbonate quadrupled last year, according to Benchmark Mineral Intelligence.

The industry still lacks the technology and infrastructure to recycle most lithium-ion batteries, which last on average about eight years or 100,000 miles, according to Car and Driver. The power sources are known to be volatile and can explode, especially at the end of their life cycle.

Now, with technological advances, the nation could have enough natural gas to meet demands for 1,000 years, Stewart said. The industry has enough oil resources for 200 years.

“Those types of predictions are what usually lead innovators and producers to say to the skeptics and academics, ‘Hold my beer,’” Steward said. “The result is now the U.S. is the world’s leader in oil and gas production. It can happen again with lithium.”

The industry is also racing to build export facilities to supply European allies with natural gas, according to Stewart.

He said he’s confident a rising generation of innovators will quickly address lithium and other rare mineral shortages “as long as the government doesn’t stand in their way,” he said.