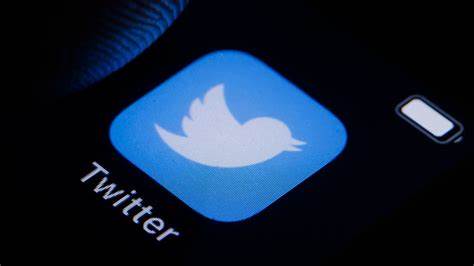 “Suspending the Twitter account of a major news organization for publishing a truthful story was obviously incredibly inappropriate,” Musk wrote on Tuesday in response to another post about the Hunter Biden laptop story.

It was in response to commentator Saagar Enjeti, who posted to Twitter a Politico article about how the social media company’s top lawyer was reportedly in tears because of Musk’s decision to purchase the company for $44 billion.

The NY Post article revealed numerous emails and messages that were sent or received by Hunter Biden, triggering accusations that he leveraged then-candidate Joe Biden’s influence as a former vice president to land lucrative business deals in China, Ukraine, and elsewhere.

When Twitter blocked the article it claimed it contained hacked material, and that the report violated its terms and conditions.

“The images contained in the articles include personal and private information—like email addresses and phone numbers—which violate our rules,” Twitter wrote at the time.

Conservatives and former President Donald Trump said the move was akin to censorship and had influenced the outcome of the 2020 election. During the second debate between Trump and Biden, the former president frequently brought up Hunter Biden’s laptop—while he also brought up a former Biden business associate, Tony Bobulinski, who said in October 2020 that the emails in the laptop were authentic.

Both Hunter Biden and Joe Biden have categorically denied any wrongdoing. Joe Biden, meanwhile, has said he had no knowledge about his son’s business dealings overseas, although Bobulinski told news outlets that such claims were false.

Months later, former Twitter CEO and co-founder Jack Dorsey admitted that the move to block the NY Post’s article was a “total mistake” while testifying during a congressional hearing.

“It was literally just a process error. This was not against them in any particular way,” Dorsey told the panel at the time. “If we remove a violation, we require people to correct it,” he said during a hearing in early 2021, although he did not disclose who decided to free the NY Post’s Twitter account.

Musk, who is the world’s richest man, reached a deal to purchase the social media company on Monday and added that he would take it private. He’s previously said that the company’s policies are too restrictive and wants to use the platform to promote free speech.

In providing more details about what he wants to change at Twitter, Musk said he also wants to curb the proliferation of “spam bots” and authenticate more of its users.