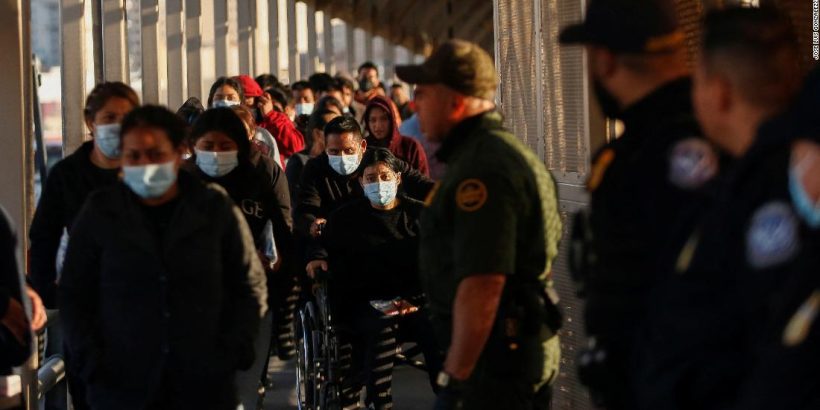 Senate Republicans are going to insist on having an amendment to keep emergency border powers in place attached to a COVID-19 aid bill, party leaders say.

“The border is already entirely too open. Pulling back the Title 42 authorities will only make it dramatically worse,” he said.

Title 42, an order from the Centers for Disease Control and Prevention, has been in place since early 2020. It enables immigration authorities to quickly expel many illegal immigrants due to the fact they may have COVID-19.

Dr. Rochelle Walensky, the agency’s director and a President Joe Biden appointee, announced recently that the agency will terminate the order in May.

Authorities say the end of the order will trigger a surge of illegal aliens, on top of the already-unprecedented number of immigrants crossing the U.S.–Mexico border.

“It’s not just the issues of the numbers. it’s also the fact of who many of these people are in terms of criminals, drug dealers, gang members. If you’re on the foreign terrorist watchlist, this is a dream come true for you in terms of an opportunity to get into the United States illegally,” Sen. John Barrasso (R-Wyo.) said.

Republicans have held fast to the stance that the bill, which would deliver $10 billion in COVID-19 aid, must be tied to Title 42 to pass, a position they took earlier in April.

“We are nowhere near prepared to deal with that influx. Until we have comprehensive, bipartisan immigration reform that commits to securing our borders and providing a pathway to citizenship for qualified immigrants, Title 42 must stay in place,” Sen. Joe Manchin (D-W.Va.) said in a recent statement.

“I would urge our Republican colleagues to pass COVID relief ASAP. It’s very risky for the health of the American people, for them to be playing political games with it,” he added later.

He also said Democrats were “working through this” to present a unified position on the matter, admitting that “there’s divisions there now.”

Separately, a group including Sens. Kyrsten Sinema (D-Ariz.) and Mark Kelly (D-Ariz.) have introduced a bill drawing a growing amount of support that would force the administration to keep Title 42 in place unless Biden rescinds the national emergency declaration over COVID-19.

The Problem Solvers Caucus, composed of 58 Republican and Democrat members of the House of Representatives, endorsed companion legislation, but it remains unclear when votes will happen on the bills.