Grab an Oar! All aboard! Durham Indictment Boats Launching Soon?? Puzzle Pieces Coming Together. Timing is Everything. 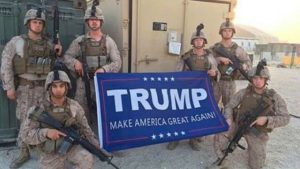 : to place in a detached situation : ISOLATE  especially : to separate from conducting bodies by means of nonconductors so as to prevent transfer of electricity, heat, or sound

In other words, NOBODY gets to our Beloved President!! Nobody! Period! Right, Patriots!?

Goodness gracious. While they investigate explosions, we’re witnessing systemic implosions!      Rep. Tlaib is entangled in campaign finance violations. (I wonder how Ilhan Omar is doing, anyhow?) Kanye West is literally telling the world that his plan is to siphon votes from Joe Biden. Make the American West GREAT again!! Ronald Reagan would be proud!

We’ve also found out more juicy details regarding Susan Rice’s “email to self”. Seems the whole unauthorized server scenario was pretty popular with the Obamagate crowd! Who knew?!? Not only was she having weird conversations with herself, but she did this after Trump was the Official Resident of the Oval Office! Woopsie daisy…

There’s lots of swirling whirlpool talk amongst Patriots now, as we gear up for the Durham “proceedings” (I’m taking a wild guess that we’re WAY beyond the word “report“…) that have been rumored by “end of summer”. That’s September 21, in case you’re like me and making big red X‘S on your calendar at home. Some have been squawking about “interviews” of all the key players, but if you think about it…do you think our favorite Prosecutor really needs them? If WE know as much evidence as we do…., what on Earth does HE know?!?

Speaking of legal proceedings, the Jeffrey Epstein plea deal is under scrutiny for it’s potential illegality. When will the [DS] learn?? Their efforts are futile!! Stay tuned on this front. I suggest more popcorn….

Cuomo has decided to “allow” *cough cough* schools to reopen for fall. Seeing as he’s been the National Poster Child for lockdown lunacy, I’m left wondering how this will play out with all the other bought off Governors and Mayors?? It’s been stated that the fact is your child is more likely to be struck by lightning than to have CCP Virus issues! How powerful are the Teacher Unions…..we must ask ourselves.

Even with all of this Deep State drain-O going on, we must keep our focus on the reality of this “show”. POTUS holds countless TRUMP Cards! How many are there, anyhow? I might need to go from fingers to toes, here. B2 Bomber, HCQ, ***! How about this theory I’ve had…is Judicial Watch on this list?! Tom Fitton always seems to be in the right place at the right time! Amazing! (and just my theory, by the way!)

Trump keeps highlighting the issue of Human Trafficking with his tweets, re-tweets, and Presidential Actions. Tim Tebow is his latest “partner” in this effort. He’s always been an outspoken Christian role model, so this seems a perfect fit.

At the end of this report, I was thinking to myself what an amazing ride this has been since DJT got elected to serve We the People. The visual hit me in the funny bone, as I “saw” the Deep State players all running for cover with their proverbial pants down and shoelaces untied. I may have laughed out loud at the thought of that sight!

Patriots are IN CONTROL. Silent Majority is UNITED. Flags are OUT. November 3rd can NOT come soon enough! We’re ready to be HEARD! WWG1WGA! 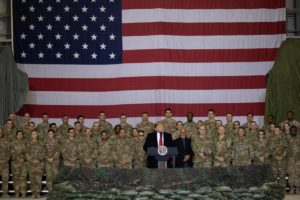