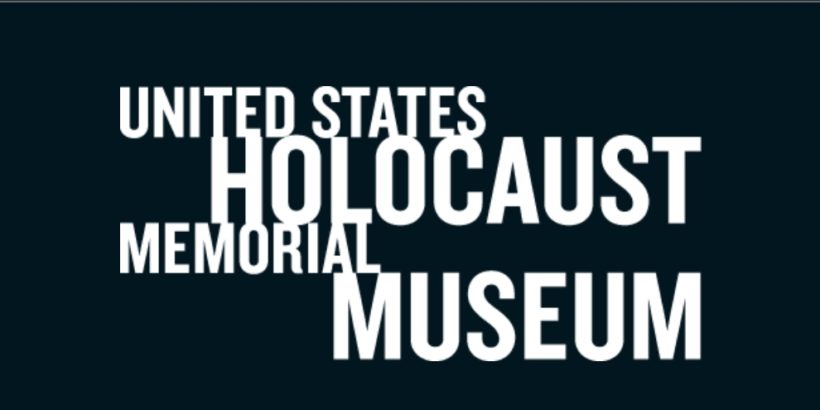 Editor’s Note: All Over the Search Engines, MSM, & Social Media… Fact Checkers Are Saying it is “False.”

History is repeating itself by these attempts to eradicate historical truth. A type of “Book Burning” and utilization of the exact same types of propaganda used at the time.

An attempt is being made to erase history so it can repeat itself, and is a slap in the face of those still alive  who lived through those times.

Individuals who were there. The Eye Witnesses. The Victims. The many who were slaughtered.

I have found documented proof from the Holocaust Encyclopedia AND Museum located in Washington DC. It is reprinted below with a direct link HERE for the reader to fact check.

Visit the rest of the Holocaust website to learn much more and be educated.

The only way society can be saved, is to overcome the rampant misinformation campaign by sharing this factual educational piece widely. Digital Soldiers UNITE!

THE SS AND POLICE

Between the Nazi seizure of power in 1933 and the beginning of World War II in 1939, SS chief Heinrich Himmler built an unassailable position for the SS in the Nazi regime by taking control of the German police forces. 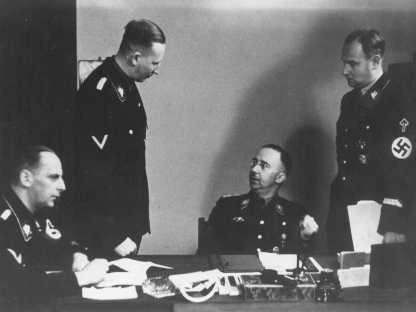 Himmler also centralized the German uniformed police forces, known as the Order Police (Ordnungspolizei), within the Order Police Main Office (Hauptamt Ordnungspolizei) in Berlin under the command of SS General Kurt Daluege. On September 27, 1939, four weeks after Nazi Germany invaded Poland to initiate World War II, Himmler fused the Security Police and the SD into the Reich Security Main Office (Reichssicherheitshauptamt-RSHA), the agency that would be tasked with implementing the Holocaust in 1941-1942.

Himmler’s intent was a complete fusion of the SS and the German police. He aimed to utilize the executive authority of the police to implement ideological policies deemed by the Nazi leadership to be essential for the survival and expansion of the German race. These included smashing political opposition and expelling or eliminating “undesirable” racial groups at home (such as Jews, Roma [Gypsies], and people with hereditary disabilities), initiating a program of military expansion, and establishing permanent rule of a German “master race” in eastern Europe and the Soviet Union. The security of this “thousand-year Reich” would be guaranteed by the elimination of “enemy races,” such as the Jews—wherever they lived—and the enslavement of other “inferior races” such as Poles, Russians, and other Slavic peoples, after physically annihilating their intellectual, cultural, military, and political elites.

To implement these policies, Himmler and his SS leaders, on the other hand, by tying it to the SS, removed the police from the framework of the administration and judicial system of the German state. Police operations ordered by Hitler through the SS-police chain of command would no longer be constrained by judicial or administrative review. Hitler as Führer could authorize all such actions, including individual and mass murder, on the basis of his “will” to ensure the survival of the German race-nation. Such an authorization was not subject to the laws of the state or international law.

Himmler never succeeded in completely amalgamating the SS with the police. Nevertheless, virtually all leadership posts in the uniformed police and the police detective forces were held by SS officers; by 1938, SS control over the police was unchallenged. Few German police officers objected to the change in their status related to the state and the justice system. Many police officials joined the SS willingly; the overwhelming majority of police officers welcomed this broad expansion of their policing powers that association with the SS brought them.

After centralizing the German police by mid-1936, the SS and police leaders streamlined the regional organization of the SS and police in anticipation of the conquest of Europe. In 1936, Heydrich and Daluege appointed regional representatives, called Inspectors of Security Police and SD (Inspekteur der Sicherheitspolizei und des SD-IdS) and Inspectors of the Order Police (Inspekteur der Ordnungspolizei-IdO). From 1939 until 1945, these representatives were called Commanders of Security Police and SD (Befehlshaber der Sicherheitspolizei und des SD; BdS) in occupied territory. The IdS/BdS and the IdO/BdO commanded all of the personnel and units, respectively, of the Security Police and SD and Order Police in the region to which they were assigned.

In 1937, Himmler established regional representatives of all SS and police agencies called Higher SS and Police Leaders (Höhere SS- und Polizeiführer-HSSPF). The HSSPF represented all interests of the SS and police, including those that went beyond police functions (such as settlement planning, caring for ethnic Germans, and supervising the maintenance of the Military SS—Waffen-SS). In case of emergency, the HSSPF commanded all SS and police agencies in his region and answered only to Himmler. The deployment of personnel and resources to carry out mass murder operations—whether by shooting as at Babi Yar near Kiev, Ukraine, or in killing centers such as Chelmno or Treblinka—could only take place under the authority of the HSSPF or his subregional representatives, the SS and Police Leaders (SS- und Polizeiführer-SSPF).

Why is that? Because recent generations are taught to believe what they are told without question.

C-VINE is a Charitable Foundation. No one is getting paid, but filled with all volunteers, working hard to dig deep until the truth is found.