Their Bag Of Tricks Is Empty. Does The [DS] Know It? 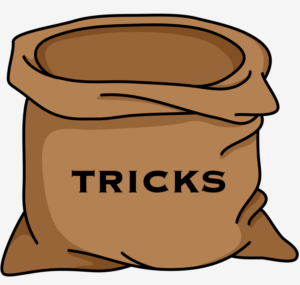 The Deep State has been throwing everything they possibly could at President Trump since he was elected.  It is obvious their bag of new tricks is completely empty because now we are just seeing more of the same.

Trump understand this. He tweeted out that this is the biggest DIS-information campaign but MAGA people understand what it is about. We are on to them.

The Atlantic published an article saying Trump called a soldier wounded in battle, a loser. It was debunked in a matter of a few hours, even having that very soldier ask the media to quit using his photo, that everything was fake news. Disinformation!

With the upcoming election, President Trump and AG Bill Barr have put in place many counter measures. The DS is pushing out the idea that all Americans must send in their ballot through the mail to keep them safe from COVID.

If this is true, why are we seeing people dining in public? People are shopping, rioting.  We are seeing kids back in school and are seeing people at Trump rallies. If we can do all this, there is no reason for mail-in voting. 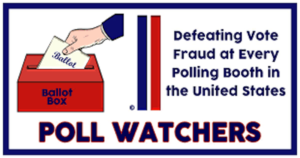 Trump’s counter measures are throwing the DS into a tizzy! Trump tweeted out, ” Volunteer to be a Trump Election poll watcher. Sign up today!” Have you ever seen an army of poll watchers? No matter which way the DS tries to move, Trump counters and throws them off of their game!

Trump will continue to have rallies. Joe Biden will most likely, not. He does not have the support of the voters to have a rally like Trump does.This is why he needs to remain in the basement.

Why would a billionaire leave his business only to lose 77 spots in the FORBES 400? Why would he leave his position of wealth, be voted into the highest position of the land, only to work for free? Why would he expose those he knew in Hollywood associated with crimes against humanity? Because he is an American citizen committed to law and order!

How did they get this kind of money? 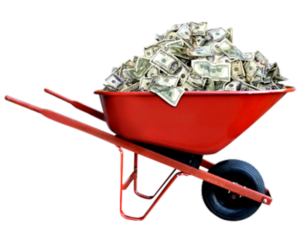 Everything they have tried to do to convince the people isn’t working. As Trump loses money, he is still not taking a salary but is donating it, quarterly. All the other presidents took a salary. When the media spread the lies that Trump was enriching his business by using the office of the Presidency, it has completely been debunked!

There are 21 statements debunking Atlantic’s false reporting and Jeffrey Goldman is walking back his statement. He has been discovered as a fraud, writing a fake story. Now, the American people are seeing these journalists for what they are…fakes!

Trump was nominated for the Nobel Peace Prize for creating a peace deal in the Middle East. The Norwegian Parliamentarian who nominated Trump said he isn’t a big Trump supporter but said facts are facts. He added, “The people who have received the Peace Prize in recent years, have done much less than Donald Trump. For example, Barack Obama did nothing.”

Now we find Saudi Arabia and Bahrain have agreed to open air space, east which means, Israel companies and others would be able to fly from Israel to Asia and shorten the flight time significantly. Trump is behind this with more and more peace deals forthcoming in the Middle East. This makes history!

Trump is creating more peace deals, he is ending the endless wars, and who is panicking? Ben Rhodes!

Ben tweeted out the following, “Trump has sent another 20,000 U.S. troops to the Middle East, escalated US support for the war in Yemen, cut a crummy deal with the Taliban, and left us on the brink of war with Iran. Don’t fall for pre-election theatrics.”

It’s not a theatric. Trump has been working these peace deals since the very beginning. He is actually bringing home the troops and has made the announcement. 3,000 troops from Iraq are coming home. Afghanistan.. our troops are coming home.  The DS is panicked because their entire mission is coming to an end and they realize it.

Cuomo is panicked right now because the DOJ is investigating him. He moved elderly COVID patients into nursing homes and thousands were killed because of it. It has been requested he hand over documents around this but he says he will after the election. Is he hoping to stave off the request long enough for the DS to manipulate the votes in Biden’s favor?

Cuomo is now blaming Trump for the coronavirus outbreak in New York. But Trump did everything Cuomo asked for as he governed the state. Trump brought in field hospitals, hospital ships, ventilators, hospital staff, etc. Nobody believes Trump is responsible for the killings of these people. The proof is in the history and Patriots love to dig up historical facts. It was Cuomo who has blood on his hands, not Trump.

Bob Woodward is trying to convince people that Trump tried to down-play the coronavirus pandemic to prevent the public from panicking. But Dr. Fauci is defending Trump saying, “I don’t think he ever distorted anything. He didn’t do anything like that.”  So why is Bob Woodward doing this? Because he too, is panicking.

John Brennan said, “In his comments to Bob Woodward, Donald Trump reveals what an absolute abomination he is. If he had a conscience or a soul, he would resign. Tragically for us, he has neither.”

Why did Brennan say this? Because he is also panicking! If Bob Woodward was really so concerned, he could have simply gone to the WaPo and written a piece about this. He didn’t.

Trump knew what the DS was planning. He shut down the people coming in from China. He prepared the public. He mentioned HCQ, but he press reported how deadly it was. Remember, the Yale professor said if we had HCQ, this pandemic would have been over with in 30 days.

In South Africa, to combat COVID-19, they used a form of HCQ, the same drug they use for malaria. They had 631,000 infections but fewer than 15,000 died in Africa. The figures are causing scientists to question.  It’s not confusing… the media just doesn’t want to mention it. They are hiding it.

Who decided 6 feet apart was the accurate measure abasing spreading COVID? Why in some countries do they want 4 feet while in others there is a 5 foot rule? If masks were mandated in almost every state, why do we still have COVID in those states?

Governor Noem of South Dakota basically left her state open and the level of coronavirus cases was very low. Americans should be outraged at the lack of evidence against this whole pandemic!

How do we know when something very big is about to drop? We know because news cycles remain clogged. We catch people in their lies. We catch the media in their lies and see what they have done. We recognize disinformation.

We are awake and see clearly. Once we see clearly, we cannot see it any other way!  Patriots have more than we know. Keep up the good fight. Keep standing together. Stand strong!

One thing is for sure, when people lie, others lose their belief in them. Once that happens, it’s game over.