The Power To Slay The Deep State Has Always Been Ours;
Our Digital Army Is Growing 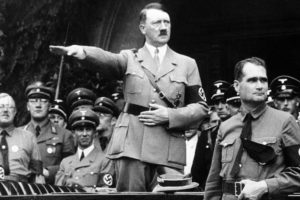 We have always had the power to stop the Deep State (DS). Their weaknesses show through their greatest fear…exposure. The DS is about; censorship, chaotic distractions, control, even murder. Why?

Their Nazi-Germany approach for control is not what Americans want. We don’t want to bow down to their heavy-fistedness. We want our freedom, and PRESIDENT TRUMP is allowing us to see what Biden’s America would look like.

In the meantime, what is the DS doing? They are back-tracking.  They told everyone the riots were only peaceful protests. They told us the masks would keep us safe until a vaccine was manufactured. They fanned the narrative, and got caught and now the narrative has trapped them.

The riots turned deadly, the masks have not been clinically tested. HCQ has been tested and proven to work yet the governors banned it.  The people are waking up and are asking questions.

Joe Biden doesn’t appear to be the same Joe Biden that was in the White House just few years ago. His noticeable confusion is paving the way for another presidential candidate to replace him. This has been the plan all along. Get ready.

With the Durham investigation, President Trump keeps saying he was spied on yet the media scoffs at the notion.  Mark Meadows said he has seen additional documents which supports the Presidents claim.

He believes Strzok, McCabe, Comey and others are in big trouble for their willing participation in breaking all kinds of protocols. He added, “People should go to jail!”

Obama’s CIA Director, John Brennan was brought in by John Durham not to find out what Brennan knew, but to tell him what Durham has on him. Now Brennan is in a panic!

What does Durham have on Brennan?  He ran a secret task force out of Langley running within its own separate budget to investigate the 2016 Trump Campaign. This secret task force originated on July 31, 2016, a date prior to the FBI’s official Russia Collusion launch. They are being exposed in their attempts to cover-up their lies.

If they tell the truth, they incriminate themselves, if they lie, they lie to Congress. Either way, they are in trouble. We know the DS is not in control right now. If they were, we would not see riots, fires, destruction, a push for mail-in voting.

They have already lost the election and they know it. Their crimes are being exposed in front of the whole world and they are panicked.

A mail carrier was caught dumping mail into a dumpster. It would be so easy to get rid of ballots this way. Who would know?

Georgia’s Secretary of State said 1,000 people voted twice in Georgia’s primary. These people will be prosecuted as have countless others already.  Voter fraud is real, and it’s been happening for decades.

If enough people vote prior to this election, the narrative of delayed counting will fall apart. The Electoral College determines the winner so if the DS pushes for a delay or tries to create a cyber attack as we have heard, it won’t work. In order to win, Trump needs an electoral college vote of 270. This is not just another 4 year election.

President Trump’s plan is to remove  the swamp, those who have kept us enslaved for all these years.  No wonder they are fighting to take him down!

The United Nations put out an interesting tweet which said, “The COVID-19 pandemic is demonstrating what we all know: millennia of patriarchy have resulted in a male-dominated world with a male-dominated culture which damages everyone – women, men, girls and boys.”

We often hear their talking points about white supremacy and toxic masculinity. What does this have to do with COVID? The UN basically just proclaimed that we aren’t in a pandemic, nor do we need to wear masks.

In Greece, the citizens are having a mask-wearing protest. They know masks were not tested. They don’t work.

Sweden is not following any COVID restrictions and with 12 cases per million, has one of the lowest infection rates in the world.  The virus disappears by itself. We didn’t need a shut down, nor to wear masks. It’s not about COVID, but about the 2020 election. We’ve never seen any tests supporting mask-wearing. It has simply been a narrative spoken over and over again.

We have heard the news and many others say we must have a vaccine in order to open the country. Trump is now saying a vaccine is almost here. Now all those who have said we need a vaccine are panicked because if a vaccine is released before elections, this destroys the entire reason for COVID and the shut down. Listen for vaccine supporters, now back-pedaling.  They can not have it released prior to elections. This is not about a virus.

What if a cure already exists? It does.  What about the billions (public/private/gov’t) provided to fund/cure development? They don’t want a vaccine. They don’t want COVID cured.

There is a cure, clinically tested, proven, that has healed countless people but has been banned against COVID in the US. (HCQ) They want America shut down, and they need COVID to be that excuse but the people are seeing through this.

Camera’s on, masks on; camera’s off, masks off.  During  a recent presser, POTUS called on a reporter but could not understand him and asked if he would remove his mask for a moment so he could understand. The reporter said, no.

This is the same individual who on May 12, 2020 was wearing his mask but when he thought the camera’s were off, he removed it, talking with those around him, mask in hand. Camera’s on, masks on; camera’s off, masks off.  Their hypocrisy is glaring.

Trump tweeted out, “The Democrats will open up their states on November 4th, the day after the Election. These shutdowns are ridiculous and only being done to hurt the economy prior to the most important election, perhaps, in our history.”

People know for certain these are not peaceful protests, but are riots. Trump has been calling out these governors for allowing such travesty in our cities. Now, the media has caved saying, ‘Yes, these are riots, but Trump is behind them.’

Does anyone actually believe this? Trump is the one calling for the governors to reach out to him and he’ll bring in the National Guard. This is the way state governance is set up, but now the media has once again spun the truth, lying to the American people.

But more and more people are waking up and are moving away from mainstream media seeking the truth, elsewhere.

Now Al Sharpton is saying how we need the police force.  Biden says the only person out there wanting to defund the police force is Trump. This is what the DS does, they tell the American people something we don’t agree with, fan the flames, then spin it and blame it on Trump.

Trump is a huge fan of our men and women in blue, he said he will never defund the police force.  If people listen to him directly, they will hear the truth directly. The Police Union just endorsed President Trump for re-election. They wouldn’t have if Trump wanted to defund them.

What we are seeing now is Nazi Germany resurrected. The German Stormtroopers who’s methods of violent intimidation played a key roll in Hitler’s rise to power. They marched in rallies and physically assaulted political opponents. They intimidated voters in national and local elections. Bill Barr said we can legally bring in federal forces to protect those voting.

THEN: methods of violence deployed by the brown shirts. ANTIFA of the 30’s was the para-military wing of Germany’s communist party. Battles raged in the streets, book burning, flag burning, destruction, hate, anti-police, etc. The agenda was a communistic takeover. Physical assaults on political opponents. Voter intimidations. Socialism push.

NOW: methods of violence deployed by ANTIFA.  Battles raging in the streets, book burning, flag burning, destruction, hate, anti-police. The same communistic agenda holds true in the streets today. It is funded by the DS. This is their agenda. Physical assaults on political opponents.(Rand Paul). Voter intimidations. Socialism push.

Both of these are the same. This is why history is so important. The Nazi Party was never fully eradicated. They live on through the DS who uses ANTIFA to create fear. The DS knows history is important and it’s why they have been burning library books (blaming it on the need to burn the COVID germs).  The Democrat party has sold out their followers for a communistic takeover. Their supporters have been betrayed.

[Cue] reminds us to keep faith in humanity, keep faith in ourselves and continue to light the world. There is coming a mass dis-information campaign against President Trump. The more facts we have, the more we can light our world. Digital soldiers are fighting back and are winning! 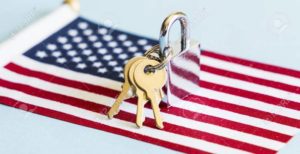 This is not just another 4 year election. This election will determine whether we succumb to a communist take-over or take our freedom back. It’s about destroying the grip the DS has has on America.

We hold the keys to our freedom. It is exposure of the DS and telling the truth. It’s about speaking up. Exposure is the key! Patriots are in control!