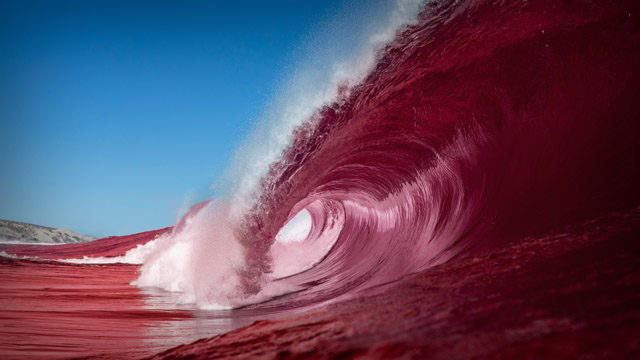 Typical Lurkers in Social Media Are Beginning to Speak LOUDLY.  The Silent Majority Can No Longer Can Be Fooled by MSM. The Roar of a Red Wave is Deafening.

What has created this uproar? The latest false accusations published in the News. Enough is enough!

The long list of accusations and charges to discredit our duly elected President by the MSM, started before 2016. Four years later, and it still hasn’t abated.

In fact, it has turned into a blatant coup d’etat, and has only picked up steam.

The American people have tuned out listening to the frantic News Stories, that continue to cry Wolf on an almost weekly basis.

What is almost adorable, is the Wolves wearing Sheep clothing, don’t seem to realize their costumes have fallen off.

But, they continue on with their stalking ~ oblivious their naked, hairy wolf hides are in full view of us all.

The latest story to “Cry Wolf” came from Journalist Jeffrey  Goldberg from The Atlantic, on September 3rd with the following headlines;

“Trump: Americans Who Died in War Are ‘Losers’ and ‘Suckers’

“The president has repeatedly disparaged the intelligence of service members, and asked that wounded veterans be kept out of military parades, multiple sources tell The Atlantic.”

You can read their news release HERE.

Twitter then became filled with thousands of tweets from very angry citizens collectively, because of this false report.

The uproar drowned out the few who agreed with it.

Could you almost hear the collective, “rolling of eyeballs” around the world? The report claimed “Multiple Sources” but, ALL were Anonymous.

Does MSM really think, the memories of those who support our beloved President ~ are that short?

The world has witnessed the fruit produced by President Trump, who has accomplished amazing feats to MAGA. They certainly have seen the on-going proof of how much he loves our country and all it’s citizens… let alone the endless support, love and appreciation he has shown our military!

The world ALSO remembers, and has witnessed the on-going lies, corruption and attempts to accuse our President with a laundry list of baseless charges from those who would benefit from his removal.

EVERY SINGLE ONE OF THESE ACCUSATIONS, EVENTUALLY WERE PROVEN FALSE. LIES EXPOSED AND EVERY SET UP REVEALED.

This last MSM News release will be added to that list. The final outcome is predictable. You can be sure more interesting stories will be coming before November 3rd.

The starving wolves continue to crouch, ready to pounce. Growing hungrier as they circle.

“We the People” REFUSE to be their next meal, remembering the warning of how to discern a False Prophet;

You Will Know Them by Their Fruits(A)

15 (B)“Beware of false prophets,(C)who come to you in sheep’s clothing, but inwardly they are ravenous wolves.16 (D)You will know them by their fruits.(E)Do men gather grapes from thornbushes or figs from thistles?17 Even so,(F)every good tree bears good fruit, but a bad tree bears bad fruit.18 A good tree cannot bear bad fruit, nor can a bad tree bear good fruit.19 (G)Every tree that does not bear good fruit is cut down and thrown into the fire.20 Therefore by their fruits you will know them.

I challenge the Left to provide us with just one piece of good fruit/accomplishment they created, that we won’t chip our teeth on.

MSM will continue to feed on those sheep who still don’t recognize the danger lurking in their midst… but that herd is dwindling rapidly.

Why is that? Because those who see, are thinking for themselves, researching, fact checking and coming together for discussions with those who simply want to know the truth.

C-VINE is a Charitable Foundation. No one is getting paid, but filled with all volunteers working hard to dig deep until the truth is found.