Civil War Is Their Agenda; Don’t Take The Bait 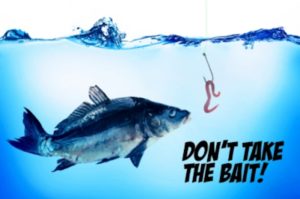 PRESIDENT TRUMP, when interviewed by Laura Ingraham, stated he didn’t want Americans to use personal force in retaliation but to allow police officers to enforce the law.  He knows everything the Deep State has tried in bringing America down, has failed.

He also knows they are trying their very best to create enough unrest that the Patriots will engage in a Civil War. Trump doesn’t want us to take the bait!

The DS does not want the news to expose their corruption and when things get close, they create an event, a false flag. This is why we are in a ‘pandemic,’ and are seeing riots. The media tells us we are heading into a Civil War. This is what they want but Patriots understand not to bite.

A while back, the Biden Campaign issued a statement saying Biden and Harris will be routinely tested for COVID.  We understand Biden was tested but we have not heard what the test results were. Are they staving off the results because Biden will be swapped out for the real candidate very soon?

Is Biden’s apparent dementia real or is it a ruse to avoid criminal prosecution? Something to pay attention to!

One of the largest police unions, The Fraternal Order of Police, with 355, 000 members, publicly endorsed President Trump for his next term. Their saying is: America’s Law & Order President. He supports them, they support him!

Regardingthe Russia Collusion investigation, missing documents have been replaced with blank pieces of paper as placeholders. Paul Sperry tweeted out the following:

“Several documents are missing from the Woods File for both the 2nd and 3rd renewal applications for the Carter Page FISA warrant, and in lieu of some of the documents, the FBI inserted a piece of paper as a “placeholder” to represent the supporting documents that are missing.

FBI’s finding from 2/17 interview of Joseph Mifsud that “he had no advance knowledge Russia was in possession of emails from the DNC and therefore did not proffer any information to PAPADOPOULOS,” calls into question the FBI’s predication for opening probe of Trump campaign. 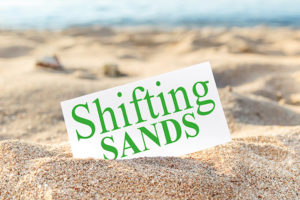 Their entire Russia Collusion and investigation was built on shifting sand. What is currently being exposed is their cover-up. The FBI, Obama, Biden did not have a warrant, nor lawful permission, and when it all boils down, it exposes treasonous spying.

Trump, Senators like Ted Cruz, news anchors like Hannity and Laura Ingraham,  judges, representatives and many others were the targets of Spygate. Treason is the definition of what they did. What is the punishment for treason?

We want the FEDS at the polls in case of aggressive oppression. The media, the DS, the corrupt politicians are saying we can’t have that, it’s not legal.

But Bill Barr gave a historical account of when the black vote needed to be protected and the FEDS were indeed called in. In order for it to be legal, there must be evidence of a criminal threat.  It was done to protect Civil Rights and to ensure suppression against African American voters didn’t exist.

We saw what happened to the people after the RNC in DC. They were harassed and threatened. The same could happen at the polls, but less likely if police detail is present.

It looks like Bill Barr is putting together a case to support police detail when we all vote at the polls in November.

How are people trafficked? We know large shipping containers either by land or sea, can be piped with oxygen and other survival needs. How easy would it be to smuggle a mass group of people in this fashion, undetected?

We know at the Mexican border it was a prolific trafficking hub of smuggling women, children and drugs. This was one of the main reasons why Trump wanted the wall built, to stop the flow of slavery and drugs. 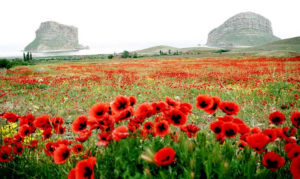 The DS took over Afghanistan because of the vast poppy fields which brought opium to the table for sale across the world. This is how they paid for their missions.

The endless wars continue in Lebanon, Libya, Sudan, Iraq, Syria, Ukraine, etc. They needed to keep operational and expand their system of the petrodollar. Now, their plan is crumbling. Trump is planning to withdraw the troops from Afghanistan.

Remember, the DS told us these endless wars would never end. Obama was telling the military where to drop the bombs all the while protecting ISIS.  They told us if President Trump got into office, we’d certainly be in a war with North Korea. What happened? Trump and Putin teamed up against ISIS. President Trump is bringing peace to the world!

This is historic! Trump tweeted, ” Another great day for peace with Middle East – Muslim- majority Kosovo and Israel have agreed to normalize ties and establish diplomatic relations. More Islamic and Arabic nations will follow soon!”

The DS does not want peace. Their entire agenda is war!  Trump is reversing all this. Bravo! 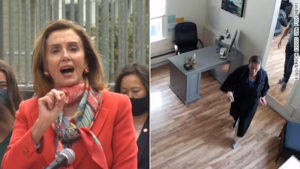 Nancy Pelosi booked an appointment at a hair salon wearing no mask, where the city’s lockdown was still in place for everybody else. Two hours after her wash and blow-dry, she was caught on camera reminding us how important it was to wear our masks. She also, by this appointment, admitted in deed how going to the polls to vote would be completely safe. Thank you, Nancy!

Since other area hairdressers had so much time on their hands due to the lockdown, they formed a peaceful protest in front of Nancy Pelosi’s house and hung hair dryers and curlers from a tree in front of her home. With all those hairdressers, we are sure that tree was done up right!

Speaking of the the Speaker, did she break federal law when she ripped up the President’s speech after the State Of The Union Address? Two House Republicans have officially called on U.S. AG Bill Barr to determine whether or not Speaker Pelosi broke the law when she destroyed an official document set to be placed in the House of Representatives Library of Congress.

18 U.S. Section 2071 deals with the topic of the destruction of official federal records. The criminal penalty is prison for up to 3 years. Did she break the law? She destroyed government property during the event, so it would seem so and now it is under criminal investigation. I wonder if they have her favorite brand of ice cream in prison?

Trump is now formalizing the exit from The WHO. He said he would and he is. They are in line with China and he wants the US to have no part of it.

FBI agents have raided two nursing homes accused of criminal neglect after 300 people tested positive for C-19. and another was accused of stealing stimulus checks. Quite a bit of investigating going on!

The Atlantic’s Jeffrey Goldberg, posted a story that President Trump called the military, ‘suckers and losers.’ It makes no sense for POTUS, who praises and funds the military, who visits the military during holidays, to say something like this. It would be inconsistent with his past performance as a President. Sarah Huckabee Sanders has been in the room when President Trump made that phone call to fallen heroes’ families, to send his condolences.  Where is the proof he said these things?

The Atlantic said they had 4 sources and a video to support  their claim but there were more eye witnesses who said they were right there and that it never happened.  Even John Bolton sided with Trump saying he never heard him say anything like that.

Trump’s digital soldiers will continue researching this narrative and will be able to debunk the story.  It’s another fake story with political intents and purposes, but Patriots see right through it. Because of the research we now do, where fake narratives would have lasted a month or so, now only lasts a couple of hours.  We are digital soldiers!

In a nutshell, the DS has death quads set to murder Trump supporters, i.e., Portland’s, Aaron Danielson. The DS had counted on Trump supporters to fight back, creating a Civil War. The thug, who pulled the trigger admitted he was 100% ANTIFA, and did an interview to begin the next wave.

On camera, the thug explained he had to kill the Trump supporter in order to defend himself. They were hoping for a Civil War. They were hoping Trump would bring in U.S. forces to take ANTIFA down. Then, they could set up a false flag and blame the killings on the president. ANTIFA was set and had snipers in place, ready to go!

When the police went to arrest this guy, he was shot and killed.  Now, ANTIFA is all over twitter saying this guy we call a thug, was shot innocently, that he was unarmed and blamed it on police brutality, just like with George Floyd, Jacob Blake and others.

Why wasn’t the thug arrested after the murder? Why did he flee to another state, do an interview, letting everyone know what he looked like and where he was?

It’s a set-up by ANTIFA. They use pawns to create civil unrest, create false flags, then fan the narrative that Patriots must be taken down.  Remember, they start the fight, create a scenario, then blame it on the good guy. Since the media is complicit and do as they are told, they report of agenda being fanned by those who hold all the power and by those who pay them.  They will continue to spark a Civil War, but it won’t work. 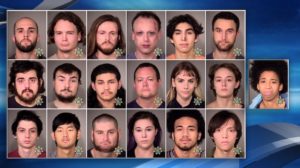 The DOJ has been tracking and arresting these people.

In Portland, two men and a woman appeared before a federal judge becoming the first people in Oregon to face the rare federal charge of civil disorder for alleged violence during all this rioting in the streets. A Seattle man is accused of launching a ball bearing with a sling shot during a downtown demonstration in July and striking a Portland Fire Bureau Medic. A Portland woman is accused of throwing a helmet which struck a police sergeant in the head last week outside the Police Bureau’s precinct. 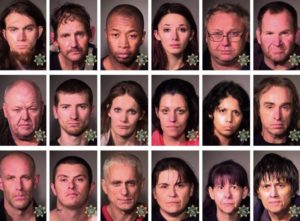 We still hear people complain that nothing is happening. Not so! Things are happening! Many prosecutions are taking place all over the country. Investigators are searching for the financiers.  Patriots know of their shenanigans and are allowing the Department of Homeland Security, and the National Guard do their jobs. No Civil War, here! Law & Order!

As more information is being declassified, the DS will continue to create chaos and mayhem. People cannot be told, they must be shown who the real enemy is. Once seen, things cannot be unseen.

This was planned from the beginning. The Patriots have their playbook. Stay vigilant, Patriots and above all, continue to pray!