Position Them, Weaken Them, Control Them, Vote Them Out! 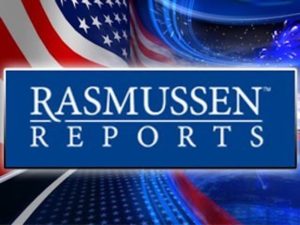 PRESIDENT TRUMP uses tactics to confuse the Deep State/MSM. When he tweets or says something, it is usually about military strategy, to get a reaction.  He wants these people to question what he says and what he does. Later on, he is able to use this information against them.

Every corrupt person in the DS/MSM actually believes they are in a power of strength but Trump is positioning them to be exactly where he wants them in the end.

After the DNC and RNC, Rasmussen Reports mentioned the irregularity of the MSM not putting out any polls.  Under pressure, Politico put out that Biden was 50% ahead while Trump was 40%. But when we look at the comparison of rallies, we see Trump has thousands more attendees than Biden. We saw inaccuracies in the 2016 polls with HRC and we’re seeing it again. Because the poll number are so low for Biden, the DS is pushing mail-in voting.

Trump tweeted out the following:

“Based on the massive number of unsolicited & solicited ballots that will be sent to potential voters for the upcoming 2020 election, & in order for you to make sure your vote counts & is counted, sign & mail in your ballot as early as possible. On election day or early voting…

go to your polling place to see whether or. not your mail in vote has been tabulated (counted). If it has, you will not be able to vote & the mail in system worked properly. If it has not been counted, vote (which is a citizen’s right to do). If your mail in ballot arrives…

…after you vote, which it should not, that ballot will nt be used or counted in that. your vote has already been cast & tabulated. You are now assured that your precious not has been counted, it hasn’t been “lost, thrown out, or in any way destroyed.” God bless America!!!”

Kayleigh McEneny held a press conference and one person asked a question about President Trump’s tweet. When they repeated it back, they left out a section of the tweet completely changing the underlying concept. “Go to your Polling Place to see whether or not your Mail In Vote has been Tabulated [Counted]…” Trump was not saying to vote twice, he was saying to check to see if your vote was counted.

Bloomberg put out an article stating, “Trump Call for Voting Twice Sparks Warning From State Official.” Again, he never called for people to vote twice. Read the tweet… do you see where he told the voter to vote twice?

AG Bill Barr is conducting several big voter fraud investigations in multiple states. At least 32 people have been convicted of voter fraud in 2019. Barr said this is like playing with fire. We are a very divided country and people need confidence in our election process. Joe Biden has over 600 lawyers ready to defend him when he loses. All of this is about the election. Check on your vote.

They are cleaning up corruption!

Facebook is encouraging voting, minimize fake information, a.k.a. information they don’t like, and reduce the chance of post-voting civil unrest. They are about to heavily censor! Who funded this? George Soros?

From the very beginning, GS has been on mission to destroy America. All these social media platforms are being investigated by the DOJ. Apparently, the DOJ has pulled enough evidence together to bring anti-trust lawsuits against Google as early as this month.

With this pandemic, there are still cities, shutdown. They have not opened. Weddings and Funerals are on hold and salons are closed. In San Francisco, this is the case.

However if you are important, you can attend George Floyd’s funeral without having to quarantine, Nancy Pelosi can get her hair done even though this is her district and the mandate says the city is closed. She even can do this without wearing a mandated mask.  When the video of her went viral, she cried, “I was set-up and the salon owes me an apology.”

The Salon owner is fighting back. She will not apologize. Pelosi was not forced to do this. According to the salon owner, Pelosi or her people made the appointment herself. She had dirty hair and couldn’t wash it herself. Now, she wants to blame the salon for allowing her to do this.

If Nancy Pelosi can go get her hair done, without a mask, let’s open up the country again.  Let’s go back to work and school. Let’s vote in person. Let’s make America Great Again! 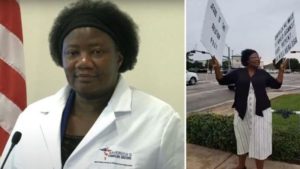 Dr. Stella Immanual stood strong in her belief of HCQ. Trump took HCQ, then we learned the world leaders were instructed to take it as well. The front line doctors upon echoing the HCQ benefits for COVID were censored by YouTube, Facebook, all the videos disappeared and then they went after their medial licenses.

The Texas State Medical Board went after Dr. Stella Immanual’s medical license. She continued to stand strong as they investigated her. In the end, they dropped the case against her. They would have had to prove HCQ does not work with COVID and they couldn’t bring themselves to do that because they know it does work.  Case, closed!

Bill Barr says there is no epidemic of police officers shooting down unarmed black men calling it a false narrative. It is very rare for an unarmed African American to be shot by a white police officer. In 2019, there were only 10 cases. 6 of these cases, the police officers was being attacked by the culprit. The narrative of racism does not fit the statistics. Someone is lying! even George Floyd didn’t die at the hand of a cop, he actually died of an overdose, the autopsy report says. This has nothing to do with BLM. Mayors and Governors are panicking because more anymore people are seeing the lies of the media.

Mayor Ted Wheeler of Portland said his city doesn’t need any help. When Ted Wheeler was told if he didn’t clean up his city, he would not receive federal funds, he stated, “Trump threatened to withdraw federal funds. possibly including health, eduawitn and safety net dollars Americans nee to get through he pandemic and economic crisis. Again, he targets cities – including ours- with democratic Mayors, which he calls “anarchist jurisdictions.”

Didn’t Mayor Wheeler say he was moving due to the riots happening outside his home? Didn’t he turn away federal help? Why does he want the money then? If he doesn’t want the help, he shouldn’t get the money. Where is all this federal money going, anyway? Is it being used where they say it’s going or is there a chance it’s being laundered somewhere?

Ted Wheeler’s neighbors are slamming him saying what they are seeing has nothing to do with BLM. People are waking up. On neighbor says, “The message has been co-opted by people with a totally different agenda.” Exactly! Ted Wheeler, and now the St. Louis mayor also relocated due to ‘protests,’ but we know protests do not require a move, but riots do!

A sleuth of an investigator came upon a parking lot where dozens of tents are set up in Portland. It appears this is where the rioters are hiding out. The parking lot with a fence surrounding it is keeping it hidden from passersby. They are indeed being bussed in and paid to riot in the streets. Who is paying them…a third party? What part is Wheeler playing? Does he know this hideout exists?

In Seattle, the people of Seattle want the Mayor, Jenny Durkin,  recalled due to her lack of leadership with the recent riots. All filings are due by Sept. 22, 2020 and the court is tentatively scheduled to discuss the case in private in October. If her appeal is rejected, and the recall effort is allowed to move ahead, petitioners would have 180 days to find 50,000 signatures from Seattle voters before a special recall election could be held. Will this happen? Let Mayor Durkin feel the heartache of each Seattle resident!

In California, the California District Attorney is requiring her prosecutors to consider the needs of looters before pressing charges for their crimes. Are you kidding? If a looter steals from a business he/she cannot be charged until they are fully investigated as to what their needs were in committing the crime. How will the state of California even prosecute people under this mandate? If someone breaks into a Nike store and steals shoes and the prosecutor realizes he doesn’t have this already, he will be given a pass under this mandate. Crazy! The people are watching! The people hold the votes.

Trump is beginning the process of defunding New York, Portland and other cities that are allowing rioting, destruction and death. He doesn’t want lawless mayors to take federal funds while allowing criminal chaos in their streets. When the mighty Cuomo heard this, he freaked out and threatened the President saying, “he better have an army if he thinks he’s going to walk down the street in New York. New Yorker’s don’t want to have anything to do with him.” No worries, Cuomo, Trump WILL have an army when the time is right! Trump reminded him of his nursing home scandal, 11,000 dead!  The DOJ is investigating Cuomo but he is stalling saying he’ll get the info they request after the election.

The Washington Post reported that the election will likely spark violence. They know when Trump wins they will try to create a civil war. They’re going to unleash the rioters. They are meeting in Lafayette on Sept. 17 until Election Day. They are saying, if they don’t win, they are burning the country to the ground. This has been their agenda all along… to destroy America. If they can’t have America, nobody can! 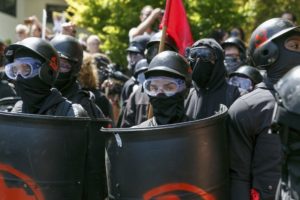 ANTIFA has been chanting ‘DEATH TO AMERICA,’ as they march through cities. If Antifa has been declared a terrorist organization, why are they still on our streets?  The 16-year plan, Agenda 21,  is being shown to America.

The truth would sound so outrageous most Americans would riot, revolt, reject, etc.The pedo networks are being dismantled. The child abductions for satanic rituals (ie Haiti and other 3rd world countries) are paused (not terminated until players in custody). We pray every single day for God’s guidance and direction as we are truly up against put evil.”

Military Intelligence has been placed into different locations to track and follow the media, ANTIFA, and all of these organizations to see what they have been up to.  Riots and events have been traced to these groups.

Trump is a master at confusing the enemy. He is moving the enemy into the exact place he wants them in without their knowing it. When they realize it, it will be too late. They are trapped and they know it. Fiercely clawing their way out means they are panicked and know they have lost.