The Deep State Has Lost Their Narrative
And AreTrying To Regain It,
But Will It Work? 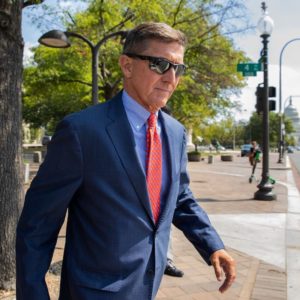 General Flynn is being silenced by Judge Sullivan until after the election. We have been told the real 302 memo is needed to free Flynn but ‘shockingly,’ it went missing. Documents just don’t go missing. Everything is documented through paper and through electronics in the FBI.

A couple of months ago, President Trump asked about the missing 302 memo. ‘Where is it?’ Most likely, he knows who has it but he wants it to play out. He wants to show the American people how corrupt many in the FBI are and how our justice system works, or isn’t working.

This is the Deep State’s plan… their 16-year plan to destroy America, but it won’t work and the 302 will appear.

Trump wants to debate Joe Biden starting on Sept. 29th. He is concerned Biden will be a no-show so Trump wants Biden’s camp to sign a document saying he will be there.  Rudy Guiliani drew up the document for Joe Biden’s campaign to sign, saying, ‘yes,’ he’ll show up. Trump keeps pushing Biden to take a drug test and to sign this document saying he’ll be there. Trump most likely knows Biden is not the real Democratic candidate.  Who will it be?

Kamala Harris is trying to get Kanye West off the ballots. It looks like he is stealing her thunder and stealing her black supporters by red-pilling them. Black Americans are smart enough to decide who they want to vote for. Who will be the voice of Black America.. Harris or West?

The Joseph Mifsud’s 302 has been released. The FEDS did not believe Joseph Mifsud was a Russian spy, however the MSM kept telling viewers he was.  Over and over,  they kept fanning the same narrative until most of the oblivious people believed it to be true.

During the Russian collusion hysteria, the FBI blamed George Papadopoulos for misleading them about Mifsud, which allowed Papadopoulos to go missing. All of this was a lie. This is a developing story.

Ambassador Yovanovich was the disgruntled employee testifying in the impeachment hearing. She said she had no knowledge of spying on anyone. But it turns out she way lying.

Judicial Watch received 372 pages of records from the U.S. Dept. of State which confirms that the Ukraine Embassy monitored Donald Trump Jr., Rudy Guiliani, Sean Hannity, Laura Ingraham, Dan Bongino, Sebastian Gorka, John Solomon, a major journalist on Twitter, and other U.S. Citizens in potential violation of law. Yovanovich was their Ambassador at the time and was aware of the monitoring program. Now we know why Trump fired her.

Facebook and other social media giants are currently being investigated.  Facebook decided to update their terms. ‘Effective October 1, 2020,’ section 3.2 of our Terms of Service will be updated to include, “We also can remove or restrict access to your content, serves or information if we determine that doing so is reasonably necessary to avoid or mitigate adverse legal or regulatory impacts of Facebook.”

It appears Facebook is preparing to become a Publisher. Facebook knows they haven’t followed the terms of section 230. But, if they do this, it will certainly be to their demise. Even Project Veritas has caught them on tape saying they often remove content if they simply don’t like it. The user didn’t sign up on Facebook to be censored and they will find another media platform to embrace, such as MEWE, PARLER, GAB, or CLOUTHUB, just to name a few.

If they become a Publisher, it will show Facebook has been in violation of section 230, editing content on their site they didn’t like and could be ripe for lawsuits. 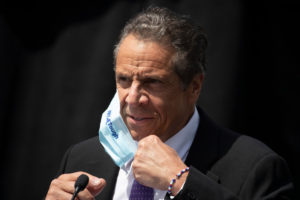 Gov. Cuomo from New York moved elderly COVID patients into nursing homes which resulted in more deaths. Nearly 50% of the deaths happened inside of these nursing homes. The DOJ is asking for data around this.

But Cuomo is stonewalling, because he knows if he gives it, he’s doomed. So, now he is saying he has to find the records and he can get them to the DOJ two days after the election. Strange how everyone gives the election as targets for their timeline.

Is Cuomo hoping Trump doesn’t win the election so he won’t have to face his crimes?

An employee let her in unbeknownst to the owner and she discovered the problem through her security cameras. Her business has been in lock down for 6 months, but Nancy Pelosi is shown, unmasked, getting her hair done.  The state is in lockdown, no one can go to work, or walk the beach without a mask. The salon is in lockdown but Nancy Pelosi can get in anyway, because she is Nancy. Two sets of rules: one for her and one for us ‘commoners.’

Now, she is blaming the salon for setting her up, and that the salon owes her an apology. The only way to get rid of these people who see themselves as Kings and Queens is to show the rest of us ‘commoners’ the truth about how we are being treated so they can be voted out!

This Salon owners says keeping her business closed for 6 months has killed it, but apparently, Nancy doesn’t care. She needed a wash and a blow out.

Six months into the COVID spread, we have learned there were two studies being done. #1) Keeping the lock down did not contain the spread and #2), reopening it did not unleash a second wave of infections. Everything the CDC told us to do, we didn’t need to do it… studies are not supporting their findings but just the opposite.

COVAX is being pushed by the World Health Organization, but Trump decided we are not going to participate in these trials. With only 6% actually dying from COVID (not 94% as previously reported) there is no reason why people need a vaccine that has not been properly tested.

Why would we need to vaccinate people if less than 9,500 people died from COVID? We already have a proven therapeutic that works so why push, in comparison, an expensive vaccine?

What is the real agenda of COVAX? A chip? Papers? The New World Order agenda we read about in the Book of Revelation, indicates this is the direction of the enemy. But Trump is moving us in the opposite direction. No need for a vaccine, no chip, no papers, no New World Order…something to pay attention to.

Now that the full autopsy report has been released on George Floyd, Chauvin’s lawyers are saying the charges should be dropped because he didn’t die from being knelt on, but from an overdose. But all these riots are based on this. Based on fact, will the people understand they were being played by the media in to creating mayhem in the streets as a distraction from what success the Trump Administration is having?

Joe Biden will be spending 45 million dollars a week on a new ad campaign. It targets rioting and looting but blames Trump for it. All along, Trump has been saying he would send in the National Guard to control the riots but those Governors declined, and then blame Trump for it.

Mayor Ted Wheeler of Portland, was accosted by protestors in front of his home. He said he would move because it wasn’t fair to his neighbors that such mobs would disturb them. He doesn’t care that rioters burned the citys’ businesses, looted stores and broke windows, he’s just concerned about his neighbors.

When he moves, he won’t reveal where because he doesn’t want the rioters to find out, even though all of this is peaceful.

The US Marshal has decided to deputize Oregon State Troopers in lieu of the recent riots and are allowing them to make arrests. Before, they were not allowed to arrest rioters but as deputies, they have been given authority to do so. Prosecutions will result in it being Federal crimes. Getting them off the streets is the goal. 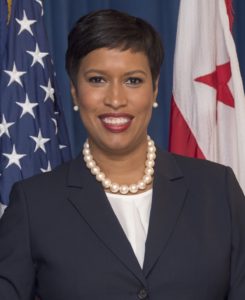 Mayor Bowser of D.C., recently decided it would be a good idea to remove the Washington Monument and other monuments in and around Washington D.C. She is proposing removing everything having to do with America.

Why is she even holding an office in America if she cannot embrace this beloved country? How did she get to become a mayor anyway? This should be a criteria for holding any official office… the protection and love of this country.

Did she take an oath on false pretenses? But we know there is a 10 year prison sentence for removing historical statues in our country. She won’t get far.

Bowser has also been told to turn over all documentation related to the D.C. violence between June 1, 2020 to present and whether they have been paid by a third party. Trumps team has been keeping track of this examination and has been mapping these people. They  know what documents to ask for.

Will she comply or will she too, tell them not until after the election? 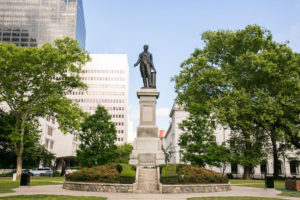 The Deep State is trying with every ounce of energy they have to keep Trump out of office. They are going to be occupying Lafayette Square from September 17th up to election day to create a siege.

They are going to try to take out the power grid after elections but we know Black Eye is protecting it. They are going to create more riots and chaos, they thought they were going to have a Civil War but the Patriots are too smart to fall for that.

Patriots know all of their plans, they won’t work. Everything [Cue] talked about in the beginning posts, is coming true. Go back to the beginning to see the end. (Qmap.Pub) . Take heart, counter measures are in place.