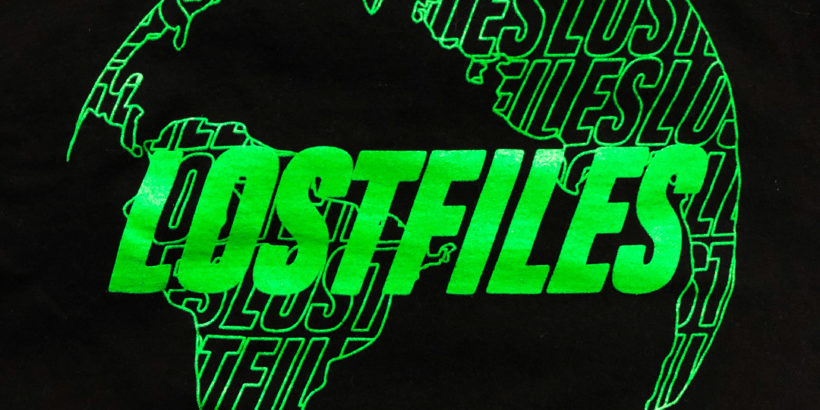 Did the American people deserve to know?

Most never heard about the Pedophile charges against 100’s of Government names,  listed in multiple Q drops on September 2nd.

Many of the charges were from years ago. One was from back in 2001. Yet most people knew nothing about  them.  Did you know?

Were they EVER reported in Main Stream Media? Some were, but generally the story was pushed way down to the back pages or minimized in importance.

What is critical to understand, is the long list of files with names were LOST or  Hidden from public view.

Q dedicated post #4628 to this piece of information and included a 2014 FBI Report for the people to read.

Files were lost? How?

Review the list, circumstances and charges laid out here for you. An FBI link from the Q drop is  included explaining the ONLY way files could be lost.

“Files do not go missing unless 7th Floor direct involvement.” ↓ 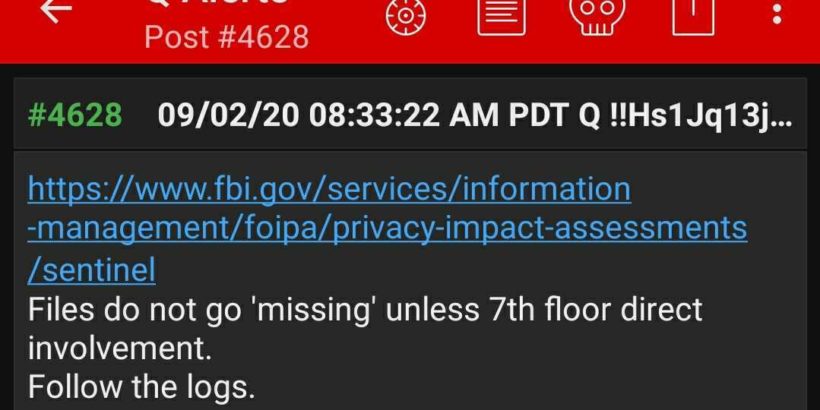 “Q is illustrating how the corrupt cabal operates and how they use blackmail to advance their agenda. Epstein cabal DS apparatus is an example. It was a blackmail operation. Whether to get votes to further their agenda, protect DS players from prosecution, or coercing famous/Hollywood types to speak up to further their agenda, it’s all related to the cabal culture of corruption and method of operation.  Why would the DS intentionally want all these cases suppressed from public scrutiny”?  – Leonard Bacani

Democratic Illinois State Representative, Keith Farnham, has resigned and was charged with possession of child pornography and has been accused of bragging at an online site about sexually molesting a 6-year-old girl.

Democratic spokesperson for the Arkansas Democratic Party, Harold Moody, Jr, was charged with distribution and possession of child pornography.

Democratic Radnor Township Board of Commissioners member, Philip Ahr, resigned from his position after being charged with possession of child pornography and abusing children between 2 and 6 years-old.

Democratic Texas attorney and activist, Mark Benavides, was charged with having sex with a minor, inducing a child under 18 to have sex and compelling prostitution of at least nine legal clients and possession of child pornography. He was found guilty on six counts of sex trafficking.

Democratic Massachusetts Congressman, Gerry Studds, was censured by the House of Representatives after he admitted to an inappropriate relationship with a 17-year-old page.

Democratic Former Mayor of Hubbard, Ohio, Richard Keenan, was given a life sentence in jail for raping a 4-year-old girl.

Democratic Former Mayor of Winston, Oregeon, Kenneth Barrett, was arrested for setting up a meeting to have sex with a 14-year-old girl who turned out to be a police officer.

Democratic Former Mayor of Randolph, Nebraska, Dwayne L. Schutt, was arrested and charged with four counts of felony third-degree sexual assault of a child and one count of intentional child abuse.

Democratic Former Mayor of Stockton, California, Anthony Silva, was charged with providing alcohol to young adults during a game of strip poker that included a 16-year-old boy at a camp for underprivileged children run by the mayor.

Democratic Former Mayor of Millbrook, New York, Donald Briggs, was arrested and charged with inappropriate sexual contact with a person younger than 17.

Democratic activist and fundraiser, Terrence Bean, was arrested on charges of sodomy and sex abuse in a case involving a 15-year-old boy and when the alleged victim declined to testify, and the judge dismissed the case.

Democratic official from Terre Haute, Indiana, David Roberts was sentenced to federal prison for producing and possessing child pornography including placing hidden cameras in the bedrooms and bathrooms at a home he shared with two minor female victims.

Democratic Alaskan State Representative, Dean Westlake, resigned from his seat after the media published a report alleging he fathered a child with a 16-year-old girl when he was 28.

Republican Tim Nolan, chairman of Donald Trump’s presidential campaign in Kentucky, pled guilty to child sex trafficking and on February 11, 2018 he was sentenced to serve 20 years in prison.

Republican state Senator Ralph Shortey was indicted on four counts of human trafficking and child pornography. In November 2017, he pleaded guilty to one count of child sex trafficking in exchange for the dropping of the other charges.

Republican County Commissioner David Swartz pleaded guilty to molesting two girls under the age of 11 and was sentenced to 8 years in prison.

Republican judge Mark Pazuhanich pleaded no contest to fondling a 10-year old girl and was sentenced to 10 years probation.

Republican anti-abortion activist Nicholas Morency pleaded guilty to possessing child pornography on his computer and offering a bounty to anybody who murders an abortion doctor.

Republican legislator Edison Misla Aldarondo was sentenced to 10 years in prison for raping his daughter between the ages of 9 and 17.

Republican Senator Strom Thurmond, a notable racist, had sex with a 15-year old black girl which produced a child.

Republican pastor Mike Hintz, whom George W. Bush commended during the 2004 presidential campaign, surrendered to police after admitting to a sexual affair with a female juvenile.

Republican legislator Peter Dibble pleaded no contest to having an inappropriate relationship with a 13-year-old girl.

Republican Congressman Donald “Buz” Lukens was found guilty of having sex with a female minor and sentenced to one month in jail.

Republican Congressman Dan Crane had sex with a female minor working as a congressional page.

Republican congressman and anti-gay activist Robert Bauman was charged with having sex with a 16-year-old boy he picked up at a gay bar.

Republican Committee Chairman Jeffrey Patti was arrested for distributing a video clip of a 5-year-old girl being raped.

Republican activist Marty Glickman (a.k.a. “Republican Marty”), was taken into custody by Florida police on four counts of unlawful sexual activity with an underage girl and one count of delivering the drug LSD.

Republican Senate candidate John Hathaway was accused of having sex with his 12-year old baby sitter and withdrew his candidacy after the allegations were reported in the media.

Republican preacher Stephen White, who demanded a return to traditional values, was sentenced to jail after offering $20 to a 14-year-old boy for permission to perform oral sex on him.

Republican anti-gay activist Earl “Butch” Kimmerling was sentenced to 40 years in prison for molesting an 8-year old girl after he attempted to stop a gay couple from adopting her.

Republican election board official Kevin Coan was sentenced to two years probation for soliciting sex over the internet from a 14-year old girl.

Republican politician Keith Westmoreland was arrested on seven felony counts of lewd and lascivious exhibition to girls under the age of 16 (i.e. exposing himself to children).

Republican activist Parker J. Bena pleaded guilty to possession of child pornography on his home computer and was sentenced to 30 months in federal prison and fined $18,000.

Republican parole board officer and former Colorado state representative, Larry Jack Schwarz, was fired after child pornography was found in his possession.

Republican strategist and Citadel Military College graduate Robin Vanderwall was convicted in Virginia on five counts of soliciting sex from boys and girls over the internet.

Republican city councilman Mark Harris, who is described as a “good military man” and “church goer,” was convicted of repeatedly having sex with an 11-year-old girl and sentenced to 12 years in prison.

Republican businessman Jon Grunseth withdrew his candidacy for Minnesota governor after allegations surfaced that he went swimming in the nude with four underage girls, including his daughter.

Republican director of the “Young Republican Federation” Nicholas Elizondo molested his 6-year old daughter and was sentenced to six years in prison.

Republican benefactor of conservative Christian groups, Richard A. Dasen Sr., was charged with rape for allegedly paying a 15-year old girl for sex. Dasen, 62, who is married with grown children and several grandchildren, has allegedly told police that over the past decade he paid more than $1 million to have sex with a large number of young women.

Democratic New York Congressman, Anthony Weiner, plead guilty to transferring obscene material to a minor as part of a plea agreement for sexted and sending Twitter DMs to underage girls as young as 15.

Democratic donor, activist, and Hollywood producer Harvey Weinstein is being criminally prosecuted and civilly sued for years of sexual abuse (that was well known “secret” in Hollywood) including underage sexual activities with aspiring female actresses.

Democratic Seattle Mayor Ed Murray resigned after multiple accusations of child sexual abuse were levied against him including by family members.

Democratic activist and actor, Russell Simmons, was sued based on an allegation of sexual assault where he coerced an underage model for sex.

Democratic Governor of Oregon, Neil Goldschmidt, after being caught by a newspaper, publicly admitted to having a past sexual relationship with a 13-year-old girl after the statute of limitations on the rape charges had expired.

Democratic Illinois Congressman, Mel Reynolds resigned from Congress after he was convicted of statutory rape of a 16-year-old campaign volunteer.

Democratic activist, donor, and director, Roman Polanski, fled the country after pleading guilty to statutory rape of a 13-year-old girl.

Democratic Illinois Congressman, Gus Savage was investigated by the Democrat-controlled House Committee on Ethics for attempting to rape an underage female Peace Corps volunteer in Zaire. The Committee concluded that while the events did occur his apology was sufficient and took no further action.

Democratic activist, donor, and spokesperson for Subway, Jared Fogle, was convicted of distribution and receipt of child pornography and traveling to engage in illicit sexual conduct with a minor.

Democratic State Department official, Daniel Rosen, under Hillary Clinton’s state department, was arrested and charged with allegedly soliciting sex from a minor over the internet. 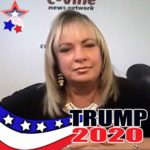