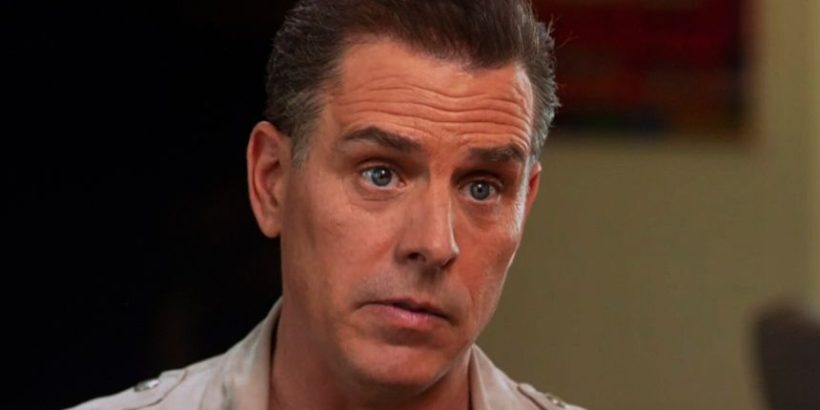 Two FBI agents whose communications with Meta resulted in the social media company’s suppression of the Hunter Biden laptop story were donors of the Democratic Party, records show.

Mark Zuckerberg, CEO of Meta, the parent company of Facebook, told Joe Rogan in late August that the company actively reduced the reach of social media posts about the laptop of Hunter Biden, President Joe Biden’s son, in the lead-up to the 2020 presidential election, adding that the move was in response to a general advisory from the FBI for Facebook staffers to be vigilant for Russian propaganda before the election.

Laura Dehmlow and Elvis Chan were later identified by Meta as the FBI officials who were “involved in the communications between the FBI and Meta that led to Facebook’s suppression of the Hunter Biden laptop story,” according to an amended complaint (pdf) filed on Oct. 6. Dehmlow serves as the unit chief for the FBI’s Foreign Influence Task Force (FITF), and Chan is the head of the FBI’s San Francisco cyber division.

Campaign finance records on the Federal Election Commission website show that both Dehmlow and Chan have contributed to the Democratic Party. In particular, Dehmlow donated a total of $60 to the Democratic National Committee in 2020, and Chan donated $50 each to Sens. Jon Ossoff (D-Ga.) and Raphael Warnock (D-Ga.) ahead of their runoff election in November 2020.

News of the FBI agents’ donations to the Democrats comes amid longstanding concerns of political bias in the domestic security service. GOP lawmakers have previously alleged that the FBI shut down an investigation into alleged crimes by Hunter Biden over allegations of disinformation by Democrat lawmakers.

The Oct. 6 complaint, filed by Missouri and Louisiana Attorneys General Eric Schmitt and Jeff Landry comes in a First Amendment lawsuit alleging that Biden administration officials have been deeply involved in censoring users across Big Tech platforms on various topics, including about Hunter Biden’s laptop.

The amended complaint notes that on March 1, Dehmlow delivered a presentation to the Cybersecurity and Infrastructure Security Agency (CISA)’s Cybersecurity Advisory Committee where she “indicated that the FBI’s FITF ‘engages … with appropriate partners for information exchange.’” The complaint states that, “On information and belief, this ‘information exchange’ includes communications with social-media platforms about censorship and/or suppression of social-media speech.”

Minutes of the March 1 meeting (pdf), produced by the government as part of discovery in the case, show Dehmlow saying that the FITF started in 2016 and has since grown to 80 workers.

The complaint also notes that major social media companies are “headquartered in the geographical area of FBI’s San Francisco Division, and Elvis Chan is in charge of cyber related issues for that division.” As such, Chan “has performed a critical role in communicating with social media platforms on behalf of the FBI relating to censorship and suppression of speech on social media,” the complaint reads.

Chan himself said on a recent podcast that the San Francisco office “was very involved in helping to protect the U.S. elections in 2020” by working with private companies and election officials. He said he works closely with CISA Director Jen Easterly, who has been revealed to have taken part in pressuring Big Tech companies to clamp down on alleged misinformation.

“We talked with all of these entities I mentioned regularly, at least on a monthly basis,” he added. “And right before the election, probably on a weekly basis. If they were seeing anything unusual, if we were seeing anything unusual, sharing intelligence with technology companies, with social media companies, so that they could protect their own platforms. That’s where the FBI and the US government can actually help companies.”

The complaint also noted that Chan “repeatedly organizing meetings with representatives of LinkedIn from 2020 through 2022 (the present),” and that based on the agendas of the meetings, “it appears that these meetings included discussions of election-related content and suppression of election-related speech on social media.”

“On information and belief, Chan organized similar meetings with other major social-media platforms, as in one instance, he notified LinkedIn about a particular proposed time slot for a meeting that another company had already taken that time slot. Dehmlow was routinely included in these meetings as well,” the complaint states.

Hunter Biden is currently under federal investigation for alleged tax fraud, lobbying crimes, and money laundering. He confirmed in December 2020 that his business deals were being investigated.

Hunter Biden had given his laptop to a Delaware computer repair shop in April 2019 and never retrieved it. The FBI took possession of the laptop in December 2019. The laptop became a topic of national discussion in October 2020 after the New York Post broke the story on the contents of its hard drive, which contained records of various business deals, pornographic images, and illegal content. The outlet recently reported that records of the Hunter Biden’s business deals and overseas exploits found on the laptop “could possibly be used by prosecutors in their reported tax crimes case against him.”

Rep. Matt Gaetz (R-Fla.), who in late March entered into congressional record “content from, files from, and copies from” the infamous laptop, has said that Republicans in Congress must focus on investigating the laptop if they win control of the House in the November 2022 midterms.