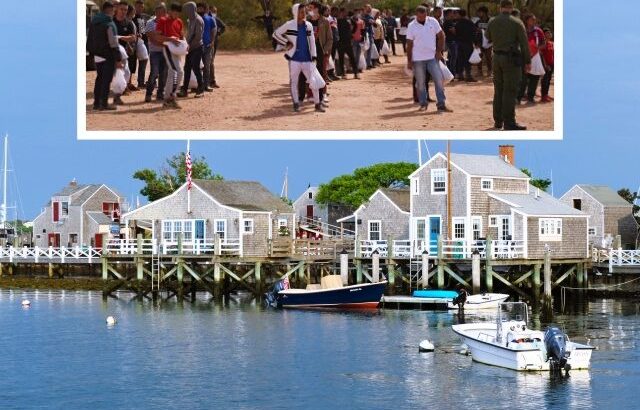 More liberal enclaves are seemingly panicking over the possibility busloads and flights filled with border crossers and illegal aliens will be sent their way.

The new arrivals were bused off the elite coastal island within 48 hours and sent to Joint Base Cape Cod after officials declared a “humanitarian crisis.” Some of the illegal aliens, backed by a George Soros-funded group, are now suing DeSantis.

This week, the Nantucket Police Department off the coast of Massachusetts issued an alert that suggested a migrant flight may be on its way to the small liberal island which voted 72 percent for Biden in the 2020 presidential election.

Ultimately, the alleged migrant flight actually turned out to be a chartered flight with corporate executives onboard.

In a similar scenario last month, Philadelphia, Pennsylvania, officials started prepping for the arrival of migrants bused from either Arizona or Texas, even as there were no credible reports of such a move.

Like Nantucket, Philadelphia voted overwhelmingly for Biden. Some counties voted up to 97 percent for the then-Democrat nominee against former President Trump.

As Breitbart News recently reported, Colorado’s elite ski resorts have also been worried that migrant flights and buses may soon arrive in their area.

“In Aspen and Vail, maybe, some more high profile places, but — if it does — we need to react quickly like Martha’s Vineyard did so that we can do the right thing for these people,” a local elected official said of the possibility of migrant flights.

From February 2021 to August 2022, Biden’s Department of Homeland Security (DHS) released about 1.35 million border crossers and illegal aliens into American communities — oftentimes without notice and in regions with scarce public resources.

John Binder is a reporter for Breitbart News. Email him at jbinder@breitbart.com. Follow him on Twitter here.