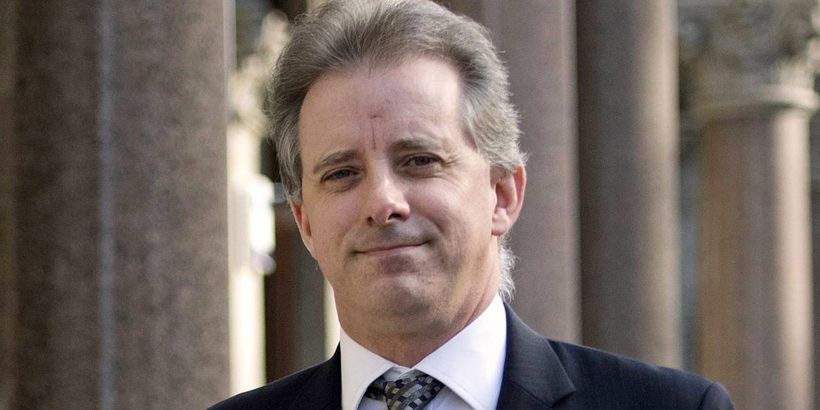 The FBI offered former British intelligence agent Christopher Steele $1 million as an “incentive” if he could prove the allegations made in his infamous dossier against former President Donald Trump, a senior FBI analyst revealed on Oct. 11.

FBI supervisory counterintelligence analyst Brian Auten made the claim while providing testimony at the criminal trial of Igor Danchenko, a key source who supplied information for the anti-Trump dossier, which was commissioned by Democrats during the 2016 presidential campaign.

The trial is part of special counsel John Durham’s criminal probe reviewing the origins of the 2016–2017 FBI investigation of the now disproved Trump–Russia collusion narrative.

Danchenko, a Russian national, is facing five counts of making false statements to the FBI during interviews with agents and faces up to 25 years behind bars if convicted. He has pleaded not guilty.

According to Auten, the $1 million offer was made when he and Steele met with a group of top FBI agents overseas in October 2021. At the time of the meeting, the agents were trying to corroborate claims Steele had made that Trump’s campaign was colluding with Russia in order to win the election.

“Yes, it did,” Auten told Durham when asked if the FBI offered Steele any incentive to provide evidence to back up his claims.

FBI Offered ‘Anywhere up to a Million Dollars’

“Mr. Steele was offered anywhere up to a million dollars” for information “which could help prove the allegations,” Auten added.

However, Auten said that the FBI ultimately never paid the money to Steele because he was unable to substantiate the claims made in his dossier. He also noted that Danchenko did not provide evidence for the dossier’s allegations either, according to The Washington Examiner.

The FBI analyst also testified that other U.S. intelligence agencies looked into the claims made in the Steele dossier but were also unable to confirm the specific claims that were made.

A federal judge in September dismissed a $75 million lawsuit bought by Page against the FBI, the Justice Department, and multiple former FBI officials over its controversial surveillance of him as part of its probe into the Trump campaign.

In her ruling, U.S. District Judge Dabney Friedrich acknowledged that the “FBI’s conduct in preparing the FISA warrant applications to electronically surveil Page was deeply troubling” and that the government itself has “conceded that it lacked probable cause for two of the warrants.”

However, the judge ultimately ruled that the lawsuit be thrown out because Page had “brought no actionable claim against any individual defendant or against the United States.”

The research in the Steele dossier was paid for by the Hillary Clinton campaign and the Democratic National Committee and commissioned by Washington-based private intelligence firm Fusion GPS.

The dossier has been widely discredited and many of the unsubstantiated accusations made within it have been branded inaccurate or outright false by a number of investigators, including the Department of Justice’s Office of the Inspector General.

Auten said during his testimony on Tuesday that information from the discredited Steele dossier was also used in three subsequent FISA application renewals, Fox News reported.

Elsewhere on Tuesday, Auten also testified that FBI agents had weighed up submitting FISA applications against Trump former campaign aide George Papadopoulos but that the agency ultimately decided against doing so.

Papadopoulos was pardoned by Trump in December 2020 after he pleaded guilty as part of the probe into Russian meddling in the election.

Danchenko’s trial is expected to be the last one in Durham’s investigation into the origins of the Trump–Russia collusion narrative. The first trial, for Democrat lawyer Michael Sussmann who was accused of lying to the FBI, resulted in his acquittal in May.

The Epoch Times has contacted the FBI for comment.