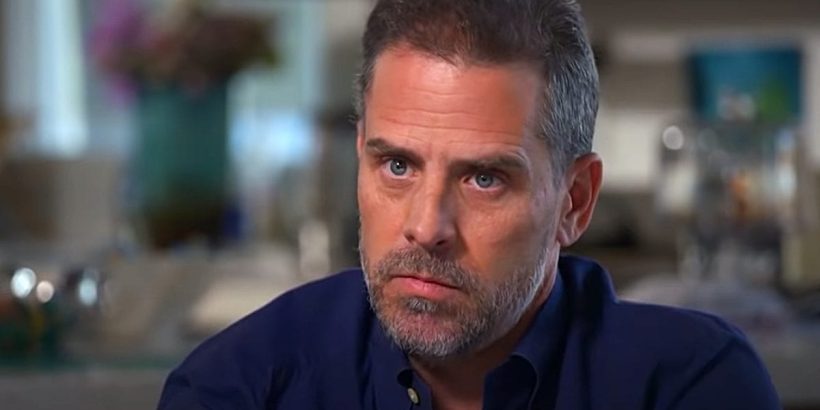 Sen. Chuck Grassley (R-Iowa) revealed on July 25 that there were “systemic and existential problems” within the Justice Department and the FBI, after “highly credible” whistleblowers informed his office that officials from the bureau labeled evidence against Hunter Biden as disinformation.

“The allegations provided to my office appear to indicate that there was a scheme in place among certain FBI officials to undermine derogatory information connected to Hunter Biden by falsely suggesting it was disinformation,” Grassley wrote in a letter (pdf) to Attorney General Merrick Garland and FBI Director Christopher Wray.

Grassley, the ranking member on the Senate Judiciary Committee, said the “volume and consistency” of the whistleblowers’ allegations “substantiate their credibility.”

The latest revelation is part of Grassley’s ongoing effort to probe into Hunter Biden’s business activities. In September 2020, he and Sen. Ron Johnson (R-Wis.) released a report, discovering that there was “potential criminal activity relating to transactions among and between Hunter Biden, his family, and his associates with Ukrainian, Russian, Kazakh, and Chinese nationals,” while Joe Biden was vice president during the Obama administration.

According to whistleblowers, the FBI came into possession of information about Hunter Biden’s “criminal financial and related activity” in 2020, which prompted FBI supervisory intelligence analyst Brian Auten to open an assessment in August 2020, according to the letter. An FBI headquarters team subsequently used the assessment to “improperly discredit negative Hunter Biden information as disinformation” and caused the bureau’s investigation on Hunter Biden “to cease.”

A month later, the FBI team placed findings by FBI agents involved in Auten’s assessment in “a restricted access sub-file.” Grassley said the decision was “problematic.”

“It does not allow for proper oversight and opens the door to improper influence,” Grassley explained.

Auten was previously known for being under investigation for failing to properly vet the now-discredited Steele dossier, which contained false and fabricated claims accusing former President Donald Trump of colluding with Russia.

In October 2020, “an avenue of additional derogatory Hunter Biden reporting” surfaced, and the reporting was “verified or verifiable via criminal search warrants,” whistleblowers told Grassley. However, the FBI did not pursue the reporting after Timothy Thibault, an assistant special agent in charge of the Washington field office, shut it down.

“Thibault allegedly ordered the matter closed without providing a valid reason as required by FBI,” the letter said. FBI officials, including Thibault, then tried to “improperly mark the matter in FBI systems so that it could not be opened in the future.”

In May, Grassley requested an Inspector General investigation into Thibault, expressing concerns about how the agent had demonstrated “a pattern of active public partisanship,” in violation of his “ethical obligation as an FBI employee.” In his letter (pdf) to Justice Department Inspector General Michael Horowitz at that time, Grassley documented Thibault’s left-wing social media posts, including retweeting a post from the anti-Trump political-action committee the Lincoln Project.

In response to Grassley’s letter, Horowitz wrote back (pdf) saying that Thibault may have violated the Hatch Act and asked the Office of Special Counsel to review the case. The Act, passed in 1939, bans federal government officials from taking in certain political activities.

“If these allegations are true and accurate, the Justice Department and FBI are—and have been—institutionally corrupted to their very core to the point in which the United States Congress and the American people will have no confidence in the equal application of the law,” Grassley wrote in his letter.

Grassley ended his letter by asking Garland and Wray to turn over records and information relating to the Biden family, Austen, and Thibault before Aug. 8.

The senator requested “all leads” that were either “ordered closed” or denied further review by Thibault.

“All records related to derogatory information on Hunter Biden, James Biden, and their foreign business relationships,” Grassley wrote as one of his requests.