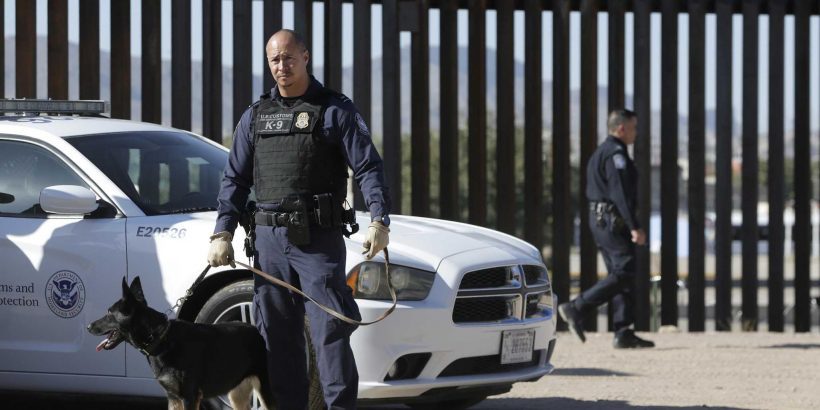 GOP lawmakers say Biden administration is “ignoring COVID-19 protocols” at the southern border, and illegal aliens are literally eating themselves to obesity in order to be released [from deportation].

A whistleblower has told Congress that the Biden administration has been inventing “absurd reasons” like obesity to release to the interior of the United States illegal immigrants who should otherwise be deported, according to a letter GOP lawmakers have sent Homeland Security Secretary Alejandro Mayorkas.

Reps. Jim Jordan of Ohio, Tom McClintock of California, and Matt Rosendale of Montana allege in the letter released Monday night that the whistleblower also described an effort at the U.S. southern border to circumvent pandemic rules and risk the spread of COVID-19.

“We have learned recently from a frontline whistleblower that the Department of Homeland Security (DHS) is ignoring COVID-19 protocols to facilitate the surge of illegal aliens into the country,” the lawmakers wrote Mayorkas in a letter obtained by Just the News.

“The whistleblower explained that ‘numerous aliens with standing prior orders of removal are being released from Customs and Border Protection (CBP) custody … in direct violation of 8 USC 1231(a)(5),’ the federal law that requires an alien’s final order of removal to be reinstated,” the letter added.

“About 25 percent of illegal aliens to Immigration and Customs Enforcement (ICE) for detention, and that most have been released for absurd reasons including high body mass index,” the lawmakers alleged. “The whistleblower said that illegal aliens are literally eating themselves to obesity in order to be released.”

The letter comes as U.S. officials have reported breaking a two-decade-old record with more than 188,000 illegal migrants captured in June while officials saw a 900% increase in COVID cases near the border.

Mayorkas has defended the administration’s efforts to release detained migrants, going so far this past weekend on TV as to suggest the Trump administration was to blame for a crisis that started after Biden took office.

The GOP lawmakers asked Mayorkas to provide them answers to several questions, including the total numbers of: