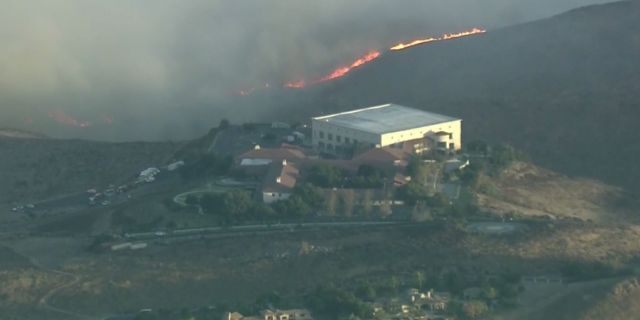 California firefighters are going house to house to stop the flames in backyards; Claudia Cowan has the latest on the Getty and Kincade Fires.

Mandatory evacuations were ordered Wednesday morning in Southern California as a rapidly moving wildfire ignited and burned in Simi Valley, near the Ronald Reagan Presidential Library.

The Ventura County Fire Department said the “Easy Fire” was reported around 6 a.m. in the 200-block of West Los Angeles Avenue located near the 118 Freeway and Madera Road in Simi Valley, north of Los Angeles.

The blaze was initially reported at 15 acres and started in an area near power lines before rapidly spreading to around 170 acres amid ferocious Santa Ana winds.

The Ventura County Fire Department issued a mandatory evacuation for an area that included the Ronald Reagan Presidential Library.  The flames appeared to be burning mostly vegetation north of the library, located close to some residential areas. 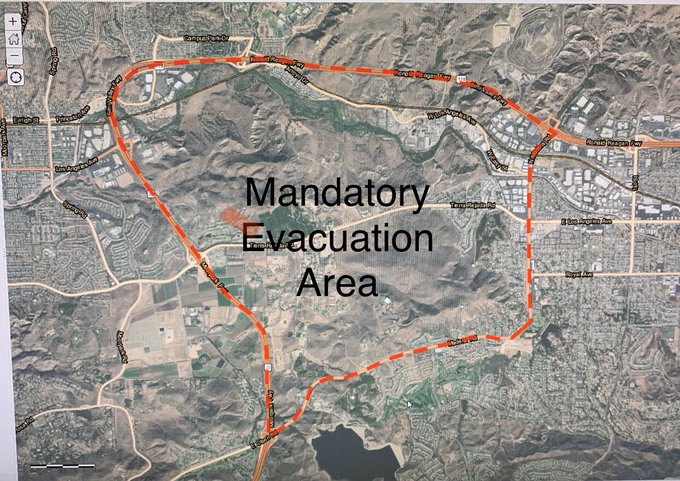 A spokesperson from the Reagan Library told Fox News the library will be closed Wednesday due to the conditions created by the blaze. 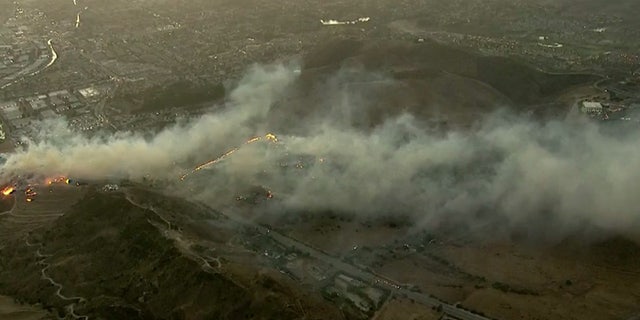 The Easy Fire broke out in Simi Valley, Calif. early Wednesday and was burning near the Ronald Reagan Presidential Library and Museum, seen to the right. (KTTV)

Firefighters and truck have surrounded the library, with protection measures being taken on the Air Force One side of the facility, according to a spokesperson. 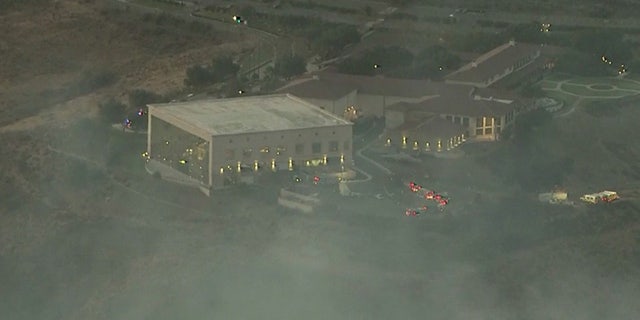 Smoke from the Easy Fire can be seen shrowding the Ronald Reagan Presidential Library and Museum in Simi Valley, Calif. (KTTV)

Employees who are on the scene – along with the fire and police personnel – told Fox News they can see the fire in the distance and don’t expect to have any problems, but the move to close the library is being taken as a precaution. 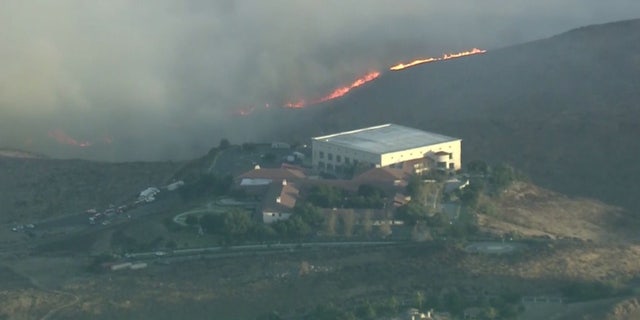 Flames could be seen on the hills near the Ronald Reagan Presidential Library in Simi Valley, Calif. (KKTV)

All Simi Valley public schools and schools in Moorpark were closed, FOX11 reported. 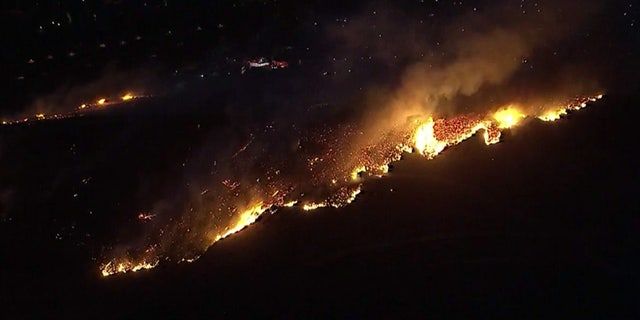 Large flames could be seen moving up hills, fanned by high winds. Water-dropping helicopters were having trouble responding to the blaze as the high winds are impeding their work. 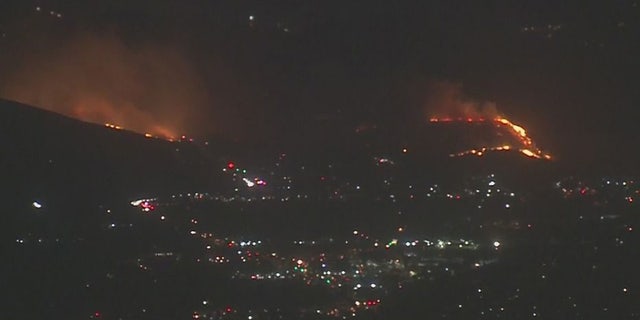 The National Weather Service has issued a rare “extreme red flag warning” from 11 p.m. Tuesday to 6 p.m. Thursday for much of Los Angeles and Ventura Counties due to the Santa Ana wind event that “could be one of the strongest of recent memory.” A combination of gusts up to 80 mph in mountains and some valleys with humidity levels in the single digits may lead to “a remarkable and dangerous event” across Southern California before conditions improve.

“Fortunately this is the last day but this is also the most dangerous day where we think those Santa Ana winds are going to be ferocious,” Fox News Senior Meteorologist Janice Dean said on “Fox & Friends.”

Dean said the conditions are “ripe” for wildfire danger because of “extraordinarily dry” conditions with very low humidity and gusty winds.

“This all adds up to an extreme fire weather threat, meaning that conditions are as dangerous for fire growth and behavior as we have seen in recent memory,” the NWS said “Use extreme caution with any potential ignition sources, and residents in high fire risk areas should be ready and set to evacuate if emergency officials say so.”

As of Wednesday morning, California has 11 active wildfires that Cal Fire considers significant, according to Cal Fire. The past week has seen a particular uptick in blazes as high winds and low humidity across the state have led to explosive growth.

Fox News’ Donald Fair in Los Angeles and The Associated Press contributed to this report.