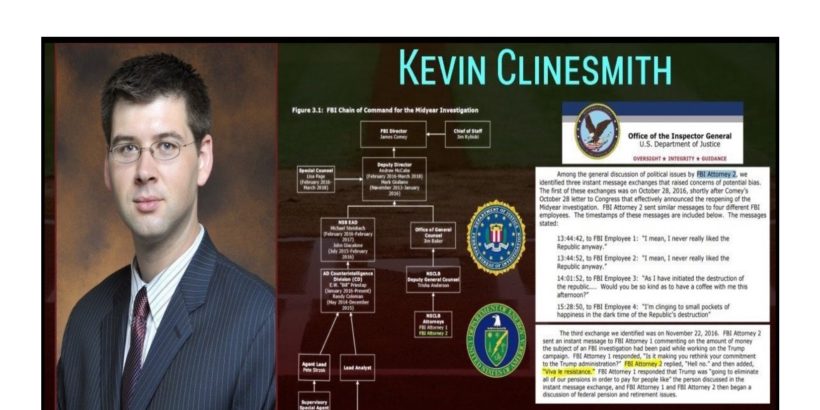 The FISA Court that approved the Carter Page wiretap is now investigating the former FBI lawyer who approved the Page surveillance warrants. On Friday, declassified court documents revealed a judge ordered all matters involving Kevin Clinesmith (previously identifed as FBI attorney 2 in OIG report) to be identified and reassessed. 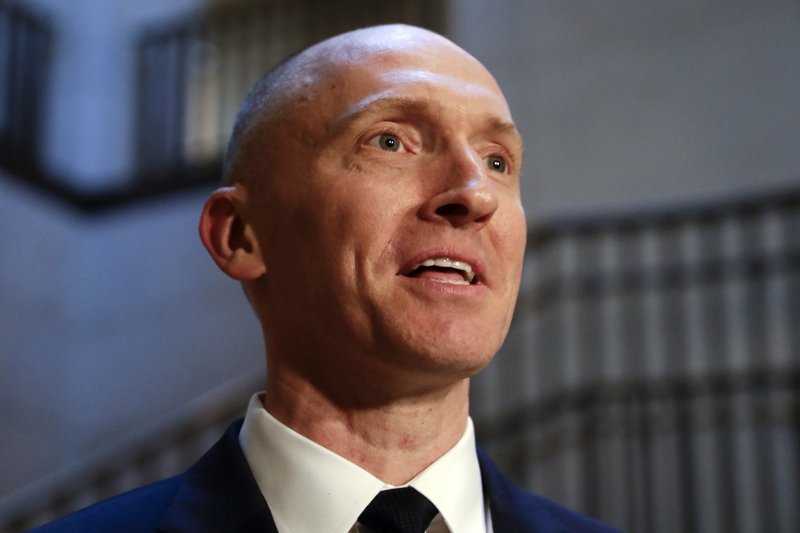 3) Asks if Clinesmith has been referred to Bar Assoc. for “disciplinary action” 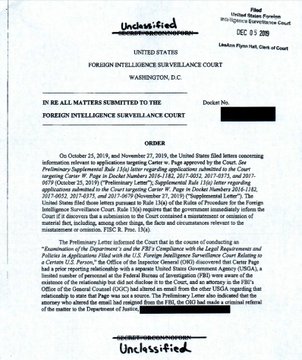 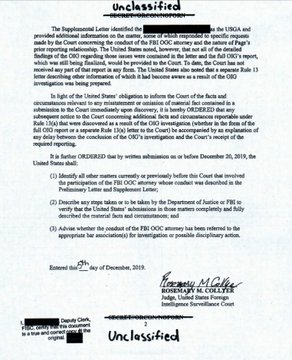 Clinesmith is at the center of the FISA-Carter Page controversy, which stemmed from the court secretly taking surveillance of Page during his time as a Trump campaign associate.

Inspector General Michael Horowitz found the FBI was able to “mislead” the courts to maintain its surveillance on the former Trump campaign official. Horowitz told senators the FBI maintained surveillance on Page even when its investigation into him was winding down.

While discussing his report Wednesday, he outlined 17 instances where the bureau intentionally “omitted or withheld” information in their application for FISA warrants.

One of the instances he touched on was the FBI learning information that undercut the credibility of the Steele dossier, which it failed to disclose to the FISA courts. Horowitz also said the FBI failed to include other exculpatory evidence regarding Carter Page and George Papadopoulos. 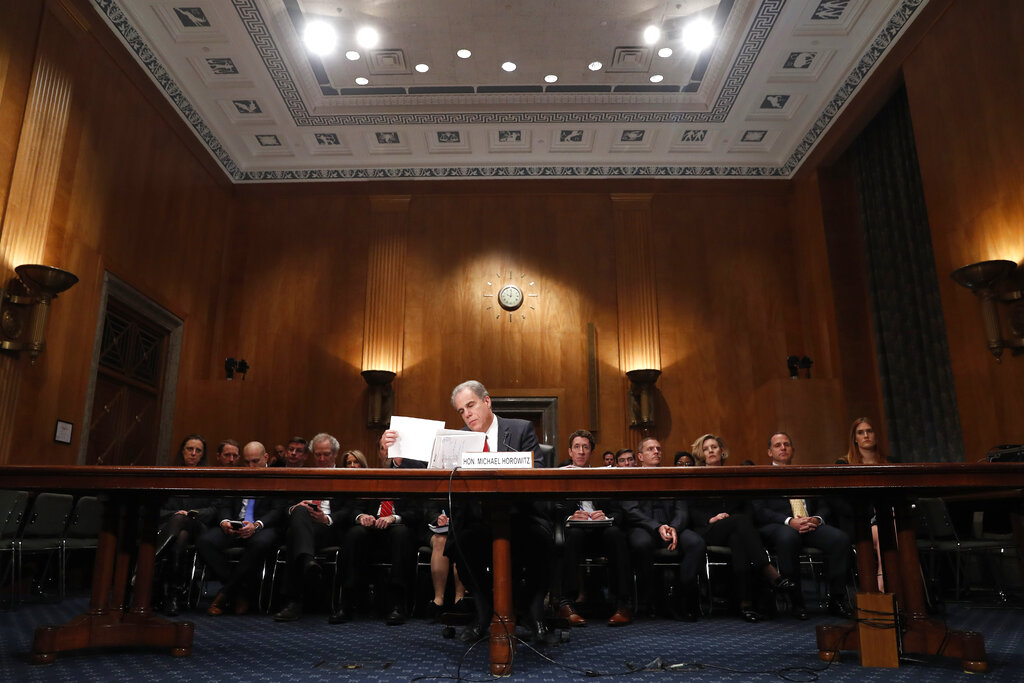