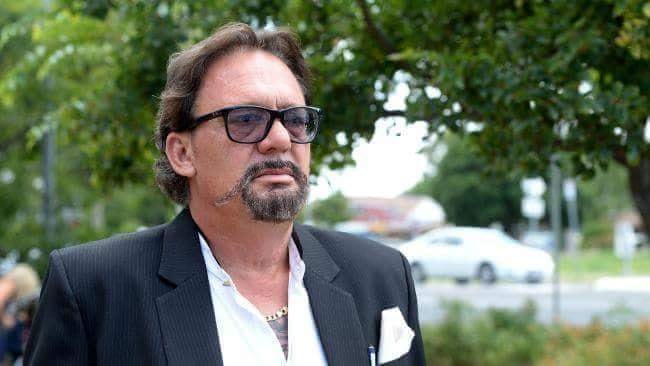 The implications around this are MASSIVE!!! And insane!!!!
Why everyone on Facebook is now at risk

MORE than 15 million Australians log on to Facebook every month. That’s about 60 per cent of us. It is far and away the most popular social-media service in the country. And, thanks to a recent court case, it also just happened to turn into potentially the most costly.

Serial political candidate Mark Aldridge was last month ordered to pay $100,000 in damages to a gentleman he was ruled to have defamed on Facebook. But Judge Peter Brebner also found that Aldridge was liable for remarks he had not personally made — the comments of other Facebook friends and followers — and would have to pay damages for them, too.

Aldridge has now lodged an appeal.

In his judgment, Judge Brebner concluded that Aldridge had “provided medium through which bilateral communication of comments occurred”.

In simpler terms, he had, by way of posting on Facebook, invited others to make comments — some of which were defamatory. That, according to Judge Brebner, made him a “secondary publisher” of those comments.

Make no mistake — this has huge implications for every single Facebook user.

With that bombshell in mind, The Advertiser last week sought advice as to whether journalists could be held responsible for the comments of readers on our professional Facebook pages.

Many of us run public pages to keep you, our readers, up to date with our stories. We also use it to engage with our readers and give you bits and pieces that otherwise won’t make it to the newspaper.

And sure enough we understand that, yes, we are indeed responsible for any half-witted comment made by a mouth breather we’d never heard of.

Every single Facebook user in the country was put on notice. We are now responsible for not just our own words, but for those of other people. You can be taken to court for words you never wrote. All it will now take is for some dope to jump on your Facebook post, call someone a paedophile in the comments and bang — you’re in front of a judge. Hand over the money, thanks.

Some in our newsroom immediately decided to shut down their Facebook pages. And who could blame them?

But this doesn’t just hit journalists. It has the potential to hit every single Facebook user. Every mum and dad who makes a post. Every business that maintains a Facebook page for professional reasons. Some of these pages have hundreds of thousands of followers — like The Advertiser’s page — and would be beyond laborious to moderate every single comment.

This is an extraordinarily alarming situation. It has to be one of the biggest threats to free expression in recent memory. It has the potential to rule out any discussion of controversial topics on Facebook unless you’re willing to take the risk of being sued for someone else’s malice.

All you now need is for a large enough group of people to target a post with questionable comments and discussion will be silenced. Who would be silly enough to keep even the most innocuous of posts up when it could cost them hundreds of thousands of dollars? Would you, on balance, post about child abuse in the Catholic Church when it could potentially bring up unknown claims in the comments?

These are uncharted waters and different to any other case involving a publisher. If, for instance, you write a letter to the editor of this newspaper, we make a judgment as to whether it goes to print. If you post a comment on our website, you are doing so through a site we created.

Facebook is neither of those. Comments can be posted unfettered and the service you’ve used to do it is not owned or managed by any of us. It has not yet been tested, but if a Facebook poster can be litigated for being a “secondary publisher” of someone else’s comments, then could Facebook be sued for being a publisher? It is, after all, the outfit that gave the comments a platform.

Now this has happened in South Australia, more cases across Australia could pop out of the woodwork. And we could all well be made to pay.

1/ Mark Aldridge has been ordered to pay damages for defamation. (Pic: Greg Higgs)

If you would like to stay in touch with C-Vin Collecting phone and email addresses. Will notify from there. Encourage people to send their info.

Conversations and discussions are being held on the C-VINE News – Facebook Group Page. (Must be a member):  C-VINE News Talk

So we can keep in touch should there be a problem with the Facebook Group please send your Name, email address and phone number to Linda@cvinenetwork.com.