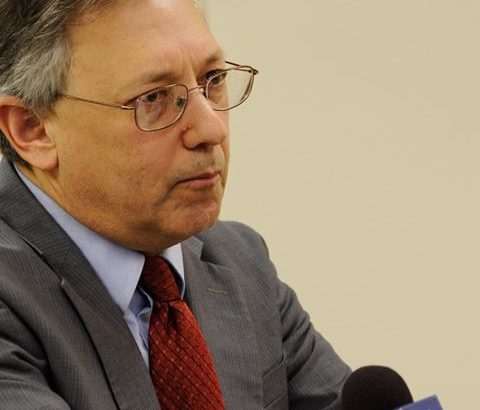 Ohio Republican Rep. Jim Jordan said that former President Donald Trump nailed it when he excoriated Hillary Clinton’s campaign operatives after a filing by Special Counsel John Durham that alleges that they spied on his servers at Trump Tower and in the White House after the election.

Jordan appeared on” Fox & Friends” on Sunday and said “there was spying going on and it was worse than we thought ’cause they were spying on the sitting president of the United States and it goes to the Clinton campaign,” Mediaite reported.

“We’ve never seen anything like this in history,” he said. “So President Trump’s statement yesterday, I think is right on target. This is truly unprecedented, truly something that has never happened in the history of our great country.”

Durham continues to advance his criminal probe into the origins of the ‘Trump-Russia collusion’ hoax, securing a major legal victory on Wednesday ahead of a trial involving a former Hillary Clinton campaign lawyer later this month.

Sussmann’s legal team has been fighting Durham over his efforts to secure a number of documents from Clinton’s 2016 presidential campaign they have claimed are protected by the attorney-client privilege. Durham has been arguing that the campaign could not hide materials based on that claim because the materials being hidden have already been widely distributed to third parties.

And this week, a federal judge in Washington, D.C., sided with Durham and has ordered the former campaign to produce the documents requested by the special counsel.

“UPDATE – Durham won the first part of the fight. Durham’s motion to compel has been granted. “Privileged” Fusion GPS e-mails/docs will be provided to the court for in camera review. The court will then determine whether the “privileges” apply. (Durham will get the docs.),” the Techno Fog Twitter account noted in a post containing screengrabs of the judge’s ruling.

In mid-April, the account noted in relation to the “Steele Dossier,” “Fusion GPS poisoned the public with deceitful ‘opposition research’ And now, to keep documents from Special Counsel Durham, the Clinton Campaign tells the court Fusion GPS was providing ‘legal advice’ The lies are catching up to them.”

According to the Washington Examiner earlier this week, Durham’s efforts to get a judge to look at documents shielded by attorney-client privilege claims from Hillary Clinton’s 2016 campaign and the Democratic National Committee were ramping up:

The prosecutor submitted a filing in federal court Monday pointing to a Federal Election Commission ruling that fined those Democrats for violating rules with the funding of research that became a central part of the effort to accuse Clinton’s rival, Donald Trump, of collusion with Russia.

The submission is part of the case against Michael Sussmann, a lawyer who was indicted in September for allegedly concealing his clients — Clinton’s campaign and “Tech Executive-1,” Rodney Joffe — from FBI general counsel James Baker in September 2016 when he presented internet data that suggested a now-discredited back channel link between the Trump Organization and Russia’s Alfa-Bank. Sussmann has pleaded not guilty.

Durham’s motion attached recently public FEC filings, including the FEC’s “conciliation agreement” with the DNC and Hillary for America. The FEC found “probable cause to believe” the Clinton campaign and the DNC improperly reported their payments to Perkins Coie for Fusion GPS’s opposition research as “legal and compliance consulting,” the special counsel said.

He went on to note that evidence presented at Sussmann’s trial, which is set to begin this month, will indicate that in late July 2016, the Clinton attorney along with Joffe and “agents of the Clinton campaign” were “assembling and disseminating the Russian Bank-1 allegations and other derogatory information about Trump and his associates to the media and the U.S. government.” Durham’s filing also said he will “establish that these efforts amounted to a joint venture.”

Sussmann stands accused of making a false statement to the FBI on Sept. 19, 2016, when he told agents that he was not representing any client when he gave them alleged evidence of a link between then-GOP presidential nominee Donald Trump and a Kremlin-linked financial institution in Russia called Alfa Bank.

In addition to the fact that the link was fabricated, Sussmann was actually employed at the time by Clinton’s campaign.