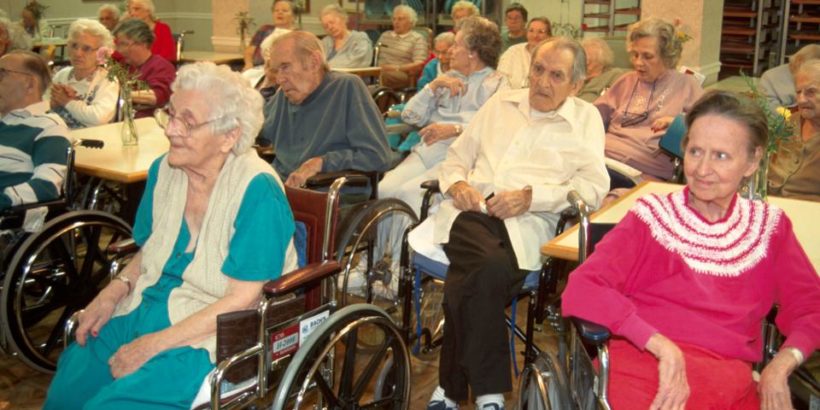 March 25, 2020  Gov. Cuomo’s office sent out an order to NY nursing home facilities, stating they must admit COVID-19 patients, due to “space limitations” elsewhere.  It was posted on the NY state health department website.

Space limitations?  No way.  Were the hospitals filled to capacity?
I think not.

The USNS COMFORT was docked nearby for this very reason.  What happened here – didn’t Gov. Cuomo accept these accomodations?  If not, why not?

Something doesn’t smell right about this whole scenario.

At Govenor Cuomo’s order, known COVID-19 patients were wheeled into nursing homes – a deliberate decision that exposed the most vulnerable of our citizenry – the elderly in nursing homes with age- impaired immunity.

These nursing homes literally are their homes.

Families pay monthly for their parents’ living arrangements – meant to be safe, caring and away from undue harm.  After all, they are called Care Centers and Nursing Homes for a reason.

There is just no excuse for this kind of deadly decision from a governor …His sinister incompetence screams at us from our precious dead and dying.

Q Post # If elderly most at risk [known][knowingly] why order COVID-19 positive patients back into nursing homes?Hospital capacity?
USNS Comfort capacity?
Ignorant [A] or deliberate [B]?
[Accountability] options outside [other than] ballot box
Q

New York officials have scrubbed Gov. Andrew Cuomo’s March 25 order requiring nursing homes to take in COVID-19 patients from the state health department website — even as Cuomo’s office insists that the order, which has been linked to thousands of nursing home deaths, remains in effect.

The web page that once contained the order now directs to a page indicating that the file is “not found.” The archive indicates that the deletion occurred sometime after May 5, around the time that criticism over New York’s nursing home fatalities intensified.

A copy of the page saved by the Internet archive Wayback Machine, however, shows that Cuomo’s order stated: “No resident shall be denied readmission or admission to the NH [nursing home] solely based on a confirmed or suspected diagnosis of COVID-19. NHs [Nursing homes] are prohibited from requiring a hospitalized resident who is determined medically stable to be tested for COVID-19 prior to admission or readmission.”

On May 10, Cuomo issued a new directive stating that hospitals cannot send patients back to nursing homes in the state unless they tested negative for the virus. The move appeared to largely invalidate the March 25 directive.

However, senior Cuomo communications director Peter Ajemian insisted in an email to Fox News that it was “not accurate” to state that Cuomo had “reversed” the March 25 order.

“He didn’t reverse or rescind anything,” Ajemian wrote at the time. “The order is still in effect. He did add a directive, this one directed at hospitals, saying they must test patients and the patients must be negative before being sent back to a nursing home. And he is requiring nursing homes to test staff twice a week.”

On Tuesday, a Cuomo spokesperson said that the state Department of Health (DOH) updates its website as a matter of ordinary course to avoid confusion, but did not say whether the governor’s office played a role in the decision to eliminate the text of the March 25 order from the DOH website.

“DOH posted updated guidance that builds on the original March 25 guidance which barred nursing homes from discriminating against COVID patients,” Ajemian separately told Fox News. “As we said at the time, the updated guidance didn’t supersede the March 25th guidance – rather, it added a new requirement that says hospitals cannot discharge patients to nursing homes until they test negative.

Then and now, nursing homes cannot discriminate against COVID patients and they cannot accept patients if they aren’t able to provide adequate care, including staff screenings, PPE and infection control measures like cohorting.”

FILE – In this April 17, 2020, file photo, a patient is loaded into an ambulance by emergency medical workers outside Cobble Hill Health Center in the Brooklyn borough of New York. New York state is now reporting more than 1,700 previously undisclosed deaths at nursing homes and adult care facilities as the state faces scrutiny over how it’s protected vulnerable residents during the coronavirus pandemic. (AP Photo/John Minchillo, File)

On Saturday, Cuomo doubled down on his state’s now-scrapped nursing home policy and instead blamed the problem on President Trump and his administration.

The governor’s office said New York’s original nursing home policy was in line with a March 13 directive from the Trump administration’s Centers for Medicare & Medicaid Services (CMS) and Centers from Disease Control and Prevention (CDC) that went out to all states on how to control infections in nursing homes. The guidance said “nursing homes should admit any individuals that they would normally admit to their facility, including individuals from hospitals where a case of COVID-19 was/is present.”e

“Not could. Should,” Melissa DeRosa, secretary to the governor and Cuomo’s top aide, said at the Saturday press conference. “That is President Trump’s CMS and CDC… There are over a dozen states that did the exact same thing.”

Cuomo has been under scrutiny from GOP politicians who say the governor should have never allowed recovering coronavirus patients to leave hospitals and go back to their residential nursing homes to spread the contagious virus.

Nursing care facilities, home to some of the most vulnerable citizens, have been coronavirus hotspots around the country. New York leads the nation with the most reported coronavirus nursing home deaths at more than 5,000 — though the state changed how it counts deaths, so the numbers of nursing home patient deaths could be even higher.

The Daily Caller News Foundation exclusively reported that in early May, the New York State Department of Health quietly switched from disclosing coronavirus deaths “of all nursing home and adult care facility residents, regardless of whether the patient died at their long-term care facility or at a hospital,” to only disclosing coronavirus deaths “of long-term care patients who died while physically present at their facility.”

EMT’s move a stretcher at the Gateway Care and Rehabilitation Center on Thursday, April 9, 2020, in Hayward, Calif. (AP Photo/Ben Margot)

Of the nation’s more than 26,000 coronavirus deaths in nursing homes and long-term care facilities, a fifth of them — about 5,300 — are in New York, according to a count by The Associated Press, and the toll has been increasing by an average of 20 to 25 deaths a day for the past few weeks.

“The way this has been handled by the state is totally irresponsible, negligent and stupid,” said Elaine Mazzotta, a nurse whose mother died last month of suspected COVID-19 at a Long Island nursing home. “They knew better. They shouldn’t have sent these people into nursing homes.”

Another key criticism is that New York took weeks after the first-known nursing home outbreaks to begin publicly reporting the number of deaths in individual homes.

By the time New York began disclosing the deaths in the middle of April, the state had several major outbreaks with at least 40 deaths each, most of which were a surprise to the surrounding communities and even some family members.

“The numbers, the deaths keep ticking up,” said MaryDel Wypych, an advocate for older adults in the Rochester area. “It’s just very frustrating.”

Fox News’ Marisa Schultz and The Associated Press contributed to this report.