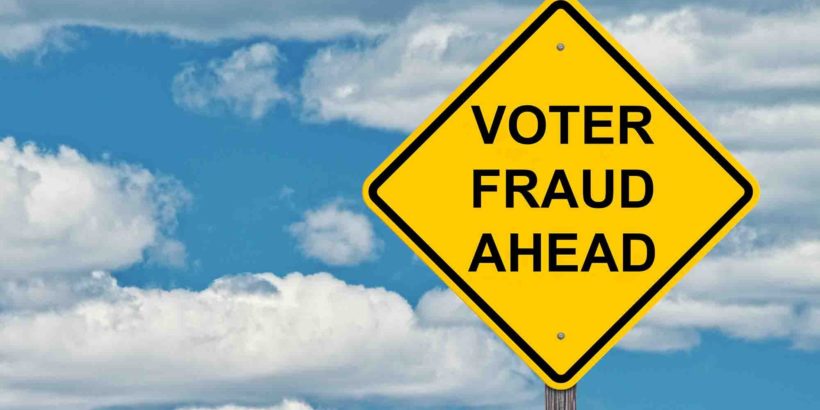 Mandatory voting by mail for ALL Americans. What could go wrong with this, folks?

The players in this game should give you a rock-solid clue into answering this question! Do we now see clearly why President Trump has worked so hard at appointing judges that rule according to our Constitution? The importance of his 2 SCOTUS appointments!?

The courts are being involved now in deciding whose voices get heard. What? You aren’t concerned about losing the integrity around insuring your vote is counted as cast?  Well, you should be!

I can barely contain my hot boil right now as I prepare this article to deliver to you, We the People!  We can stand in line at Walmart, Target, Costco, the grocery store, and now church.  Why not your local polling place? The cast of corrupt, villainous characters below should be ringing very loud bells for us all!

Marc Elias, a major figure in the “Russiagate” conspiracy aimed at overturning the result of the previous presidential election, Nancy Pelosi, and Stacey Abrams (who is still asserting she was robbed of the Governor’s office in GA). These are the people who claim to be “safeguarding your voting rights”!

We must not be silent about this, Patriots! Stand UP and make your voices HEARD!  The Deep State is DESPERATE to regain control, and we MUST win this WAR!

Democrats Sue in 13 States to Make ‘Voting at Home’ Mandatory

Democrats determined to make mail-in balloting mandatory for all Americans in this November’s election are attacking electoral integrity laws in courts across the United States, in an attempt to overturn restrictions on voting-by-mail.

Apparently, calling the process voting-by-mail didn’t gain traction with the public. Now it will be called “voting at home,” House Speaker Nancy Pelosi, a California Democrat, told MSNBC May 20. Voting in person is now “a health issue” in the era of the CCP virus that causes the disease COVID-19, she said. Democrats are now suing in at least 13 states to overturn restrictions on mail-in voting—and more lawsuits are promised.

Democrats and other voting-by-mail advocates claim that voters should not have to risk their physical well-being to vote during the current pandemic and argue that mail-in voting preserves the health of both the electoral process and the electorate.

Republicans like President Donald Trump say mail-in voting should not be expanded because it is rife with fraud. Trump also said Democrats are using the CCP virus as an excuse to rig the upcoming election by way of voting-by-mail. Trump pointed to the announcement May 27 that a mail carrier in West Virginia has been charged with voter fraud related to absentee ballots requests. 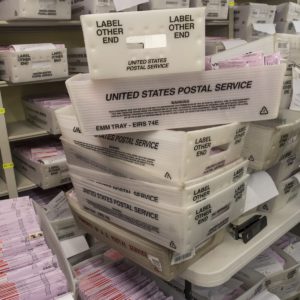 “There is NO WAY (ZERO) that mail-in ballots will be anything less than fraudulent. Mail boxes will be robbed, ballots will be forged & even illegally printed out & fraudulently signed”, the president tweeted the same day.

Other Republicans say similar things, arguing that people should not be forced to vote by mail and that elections are far too important to be handled by a government agency as distrusted and maligned as the post office. Voting by mail also means balloting is no longer secret because at least one government official has to view the voted ballot, they say.

The Republican National Committee and Trump’s reelection campaign vowed earlier this year to devote at least $10 million in 2020 to defending electoral integrity and combating Democratic efforts to loosen existing voting rules. Mail-in voting is also said to be particularly susceptible to fraud.

“The consensus, among people who study fraud carefully, is that voting by mail is a much more fertile area for fraud than voting in person,” Charles Stewart, a professor of political science at the Massachusetts Institute of Technology, told NPR in 2018.

The lawyer at the center of the legal push is Marc Elias of the high-powered Democratic law firm Perkins Coie. Elias is also a major figure in the “Russiagate” conspiracy aimed at overturning the result of the previous presidential election.

That research effort culminated in the salacious, discredited 35-page dossier written by former British spy Christopher Steele that purported to tie Trump to the Russian government.

Elias has a long history of successfully challenging electoral integrity programs in court. His online bio cites three of his cases in which courts struck down voter ID laws in Missouri, Iowa, and North Carolina.

Elias acknowledged May 24 at the Democracy Docket website that he is involved in litigating 16 cases in 13 states “with more coming soon.”

The lawsuits aim to enshrine what he calls the “Four Pillars to safeguarding voting rights with vote by mail,” a legal template endorsed by left-of-center activists including former Georgia gubernatorial candidate Stacey Abrams who called the pillars the “gold standard.”

Those pillars require that with voting-by-mail “postage must be free or prepaid by the government;” “ballots mailed on or before Election Day must count;” “signature matching laws need to be reformed to protect voters;” and “community organizations should be permitted to help collect and deliver voted, sealed ballots.” 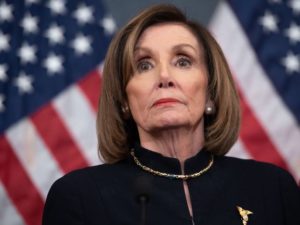 “I expect to file additional Four Pillars cases in the coming weeks and months, all aimed at protecting the right of voters to participate in elections and have their votes counted,” Elias wrote.

Language implementing the pillars has been included in the $3 trillion proposed Health and Economic Recovery Omnibus Emergency Solutions (HEROES) Act that the House passed May 15, as well as in the proposed VoteSafe Act and the Natural Disaster and Emergency Ballot Act, he added.

NPR reported last month that Elias had already filed more than 20 lawsuits in 14 states challenging voting procedures. “He expects that before the year is out, the number could easily double, with much of the focus on states Democrats are planning to heavily contest, such as Georgia, Florida, Wisconsin and Texas,” the report stated.

Meanwhile, Republicans are suing California Gov. Gavin Newsom, a Democrat, in federal court over his unprecedented unilateral order requiring that all registered voters be sent vote-by-mail ballots for the general and presidential elections on Nov. 3, ostensibly to reduce the likelihood of voter transmission of the CCP virus, as The Epoch Times reported.

Oregon, Washington, Colorado, and Hawaii carry out their elections wholly by mail. A federal judge in Texas granted a temporary injunction May 19 allowing all voters in the state to vote by mail in upcoming elections. The injunction was stayed by the 5th Circuit Court of Appeals pending the outcome of the state’s appeal of the ruling.