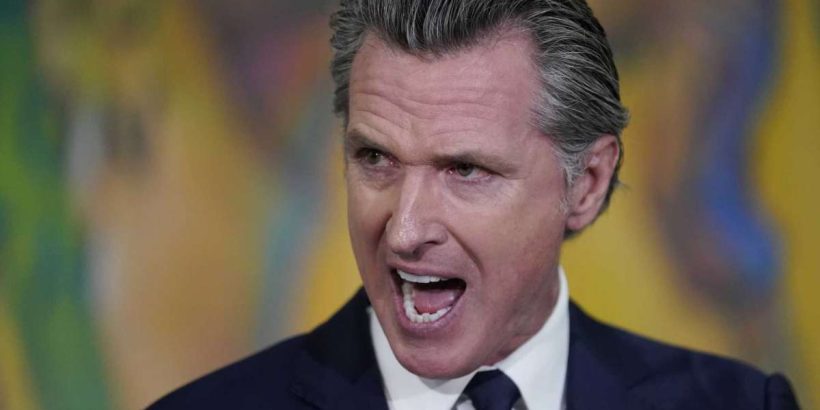 California Governor Gavin Newsom is flying into Texas on Saturday since he seems to believe he will win his re-election with ease. The governor has money to spend, so he is using the money flying into Texas to share his views mainly targeting Governor Greg Abbott.

Governor Newsom is flying into Austin and will speak at the Texas Tribune Festival Saturday afternoon at 3:30 Central Time in a program called “One on One with Gavin Newsom”.

The event description reads “on what the nation’s most populous state can teach the other 49 — including (Texas).”

The Texas Tribune Festival started on Thursday and ends on Saturday. The event featured Democratic and Republican lawmakers from across the country.

Governor Newsom has spent money on billboards in seven anti-abortion states including Texas to raise awareness about California’s abortion laws for in and out-of-state residents.

“Our donors are asking for more of that,” Newsom told reporters last week when asked if his attention on other states signaled, he wasn’t taking his reelection campaign seriously. “The people in the state of California are asking for more leadership in this spaT

With Governor Newsom targeting Governor Abbott in Texas as he has in the past, this could help Democratic challenger Beto O’Rourke.

“If you stress that they’re right-wingers, you call them extremists, using that kind of language, all you are going to do is enhance their popularity in their own base.”

“I like this guy. I like the way he’s showing the contrast between what y’all do in California and what the narrow-minded, extremist positions that occur here in the state of Texas.”

What do you think about Governor Newsom coming to Texas?