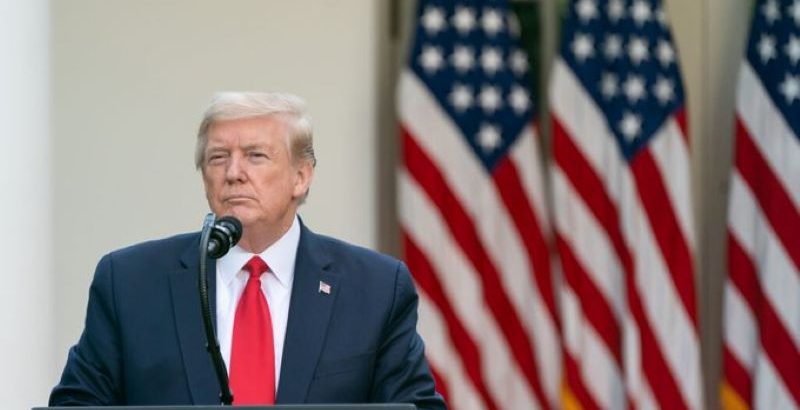 A wise Republican candidate might take Trump’s proposal one step further and back efforts to decentralize federal agencies from the capital.

The Department of Justice meddled in the last presidential election, again, according to a new whistleblower report announced by Iowa Republican Sen. Chuck Grassley on Monday. The senator’s findings are just the latest on the mountain of evidence warranting former President Donald Trump’s proposed purge of federal agencies — a purge the regime-allied media called radical.

Senior officials within the FBI, whistleblowers claim, worked to derail the agency’s investigations into President Joe Biden’s son, Hunter Biden, over the first family’s overseas business ventures, which have been flagged by senators for potential criminal activity.

“Multiple FBI whistleblowers, including those in senior positions,” Grassley’s office wrote in a press release, “are raising the alarm about tampering by senior FBI and Justice Department officials in politically sensitive investigations ranging from election and campaign finance probes across multiple election cycles.”

“Whistleblowers further allege that Thibault and other FBI officials sought to falsely portray as disinformation evidence acquired from multiple sources that provided the FBI derogatory information related to Hunter Biden’s financial and foreign business activities,” Grassley’s office wrote, “even though some of that information had already been or could be verified.”

In a letter to the DOJ detailing the whistleblower allegations on Monday, Grassley condemned the agencies for undermining American elections and demanded documents for independent oversight.

“Attorney General Garland and Director Wray, simply put, based on the allegations that I’ve received from numerous whistleblowers, you have systemic and existential problems within your agencies,” Grassley said. “You have an obligation to the country to take these allegations seriously, immediately investigate and take steps to institute fixes to these and other matters before you.”

The blockbuster whistleblower accusations merely confirm what had long been realized about the Department of Justice: The agency has become a politicized lever to persecute opponents of the Democrat regime while covering for its allies.

Last week, a report in Axios infuriated Washington elites with details about Trump’s plans to implement a Beltway purge of career deep-state bureaucrats infesting corrupted federal agencies if he were to win a second term.

“The impact could go well beyond typical conservative targets such as the Environmental Protection Agency and the Internal Revenue Service,” Axios’s Jonathan Swan reported. “Trump allies are working on plans that would potentially strip layers at the Justice Department — including the FBI, and reaching into national security, intelligence, the State Department and the Pentagon.”

The legacy press responded with outrage. Axios itself declared the program “radical.” Vanity Fair called Trump’s plans “authoritarian” that “should scare the crap out of you.” Without a hint of irony, the New Republic headlined its coverage with this: “The Next GOP President Will Replace Civil Servants With Political Hacks, Wreaking Havoc on the Government.” The Washington Post published an op-ed from a Democrat Virginia congressman declaring Trump’s move a “sneak attack.”

Conservatives, in contrast, celebrated the proposal as a long-overdue effort to finally drain the District of its resident swamp monsters that are drowning the republic in the sewage of self-interest.

“This is how we take apart Leviathan,” said former Trump strategist Steve Bannon, who became the latest target of D.C.’s administrative state when he was convicted Friday of DOJ charges of contempt of Congress.

Support for the plans of the former president, who is reviled by the Beltway and embraced by the Republican base, to gut federal agencies will likely end up being a defining question for any candidate who seeks the GOP nomination in 2024. Grassley’s exposure of DOJ corruption merely offers a brighter spotlight on an agency that’s become emblematic of insider efforts to protect the status quo.

A wise Republican candidate might take Trump’s proposal one step further and back the movement to decentralize federal agencies from Washington altogether. The left-wing culture of the nation’s capital is a breeding ground for assimilation, where moderate newcomers eventually adopt a mentality that’s out of touch with those they’re meant to serve. Longtime residents often succumb to professional self-interest and amend views for social acceptance as government bureaucrats remain disconnected from nationwide constituents. Meanwhile, there are pragmatic benefits to relocating federal agencies to areas relevant to their primary function.

For example, the Bureau of Land Management is better equipped to manage a third of the nation’s public land when it’s headquartered in Colorado as opposed to Washington, D.C. The Department of Education might be more attuned to the struggles of rural students if it were headquartered in Alabama as opposed to Maryland Avenue. The Department of Agriculture would better serve American farmers if its offices were in the Midwest instead of an urban metropolis reminiscent of the Hunter Games.

For years, Missouri Republican Sen. Josh Hawley has been ahead of the curve proposing exactly that with legislation to scatter 10 federal agencies across the states, where government bureaucrats would be neighbors with their constituents as opposed to lobbyists and think tank scholars.