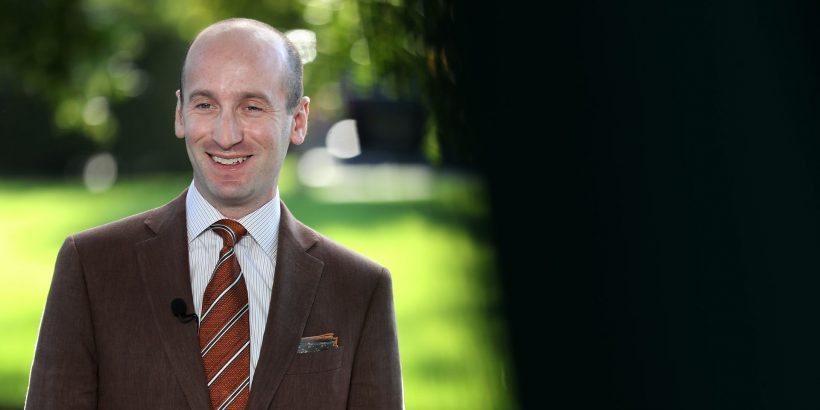 A legal nonprofit headed by a former top immigration adviser to ex-President Donald Trump is helping the state of Texas in its recently filed lawsuit against the Biden administration.

Stephen Miller’s America First Legal, which was just launched, is acting as outside counsel for Republican Texas Attorney General Ken Paxton as he seeks to convince a judge to block Biden’s immigration-related executive orders for alleged violation of federal law by releasing illegal immigrants into the country without testing them for COVID-19.

President Joe Biden, shortly after taking office in January, stopped the expelling of illegal immigrant children who cross the border without a responsible adult, even though a Title 42 emergency order from the Centers for Disease Control and Prevention that contains limited exceptions that virtually all aliens who illegally cross from Mexico should be sent back to their home countries.

In doing so, the Biden administration did not provide proper reasoning, plaintiffs allege, citing how the Supreme Court used that argument last year to block the Trump administration from rescinding the Obama administration executive action that shielded some illegal immigrants from deportation.

Plaintiffs are asking a judge to order the Biden administration orders illegal and declare defendants must enforce Title 42 actions, such as expelling most illegal aliens, since the pandemic is still happening.

“Joe Biden is violating congressionally passed law passed over a series of decades. And perhaps even more importantly, by refusing to uphold our laws, Joe Biden is violating the Constitution and his obligation to take care of the laws we faithfully executed. And the courts can and should enjoin his lawless conduct and order him to enforce our borders,” Miller said on Fox.

The Biden administration has not responded to requests for comment and White House press secretary Jen Psaki was not asked about the suit during a briefing on Friday.

Psaki told reporters in Washington that the administration is continuing to enforce parts of the Trump era Title 42 order “because we’re still in the middle of a global pandemic.”

“Keeping the American people safe and ensuring that we are taking responsible steps as it relates to the pandemic is front and center for the President. And certainly, that’s what we would convey to any of these groups,” she said, referring to groups that think the administration should completely repeal the order.

“At the same time, we absolutely believe that we should be a country that—we are a country that wants to treat people humanely, as is evidenced by our efforts to treat children who come into this country—who are under 18, who are coming as unaccompanied children—in a manner that was not the same as the former administration,” she added.