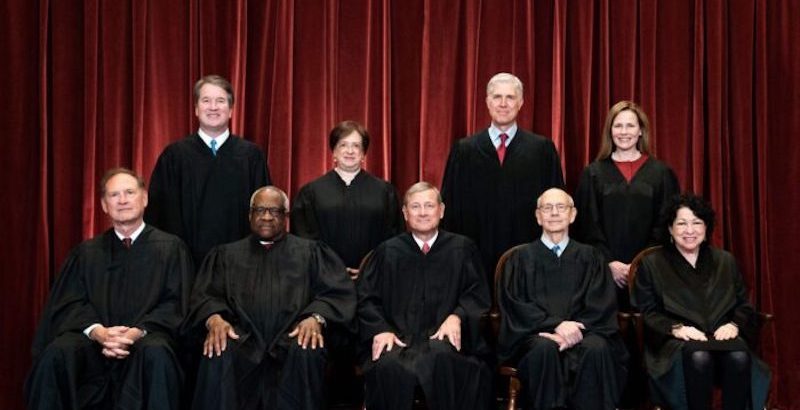 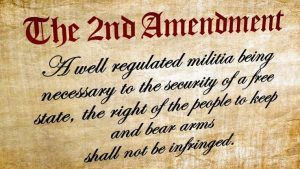 A well regulated Militia, being necessary to the security of a free State, the right of the people to keep and bear Arms, shall not be infringed.

The Supreme Court on Monday decided to take up a major, National Rifle Association (NRA)-backed lawsuit that challenges a New York law restricting an individual from carrying a concealed handgun in public.

It has been more than 10 years since the Supreme Court weighed in on a significant case involving the Second Amendment, coming in the wake of President Joe Biden’s and top Democrats’ recent push for more gun-control initiatives including bans on so-called “ghost guns,” proposing models for “red flag” laws, and expanding and lengthening background checks.

“The petition for a writ of certiorari is granted limited to the following question: Whether the State’s denial of petitioners’ applications for concealed-carry licenses for self-defense violated the Second Amendment,” reads a brief order (pdf) from the high court on Monday.

Over the years, the NRA and other gun rights groups have criticized the Supreme Court for not taking up any major lawsuits relating to the Second Amendment. In 2008, the court said for the first time that the Second Amendment protects Americans’ rights to keep and bear arms for self-defense at home.

Supreme Court Justice Clarence Thomas, considered possibly the most conservative justice, wrote several years ago that courts have engaged in a “general failure to afford the 2nd Amendment the respect due an enumerated constitutional right.” Going further, he wrote: “If a lower court treated another right so cavalierly, I have little doubt that this court would intervene … The 2nd Amendment is a disfavored right in this court.”

Justice Brett Kavanaugh, after the court dismissed a gun case last term, wrote in early 2020 he hopes the court will take up a Second Amendment-related challenge in the near future, writing: “The Court should address that issue soon, perhaps in one of the several Second Amendment cases with petitions for certiorari now pending before the Court.”

On Monday, the NRA praised the court for taking up the legal challenge, describing it as a case that challenges “New York’s restrictive concealed-carry-licensing regime,” noting that it sets up the stage “for the Supreme Court to affirm what most states already hold as true, that there is an individual right to self-defense outside of the home.”

The case, according to the gun rights group, challenges New York state’s requirement that applicants for pistol permits show “proper cause” to carry a gun, which they argue violates the Second Amendment to keep and bear arms.

“The NRA believes that law-abiding citizens should not be required to prove they are in peril to receive the government’s permission to exercise this constitutionally protected right,” the group wrote, noting that if the Supreme Court rules favorably, it will “affect the laws in many states that currently restrict carrying a firearm outside the home.”

Robert Nash and Brendan Koch, the two men who brought the lawsuit, both applied for licenses to carry handguns in New York state for self-defense but were denied. A district court later said that neither had proper cause to carry a handgun because they did not face “any special or unique danger to [their] life.”

New York Attorney General Letitia James, a Democrat, wrote in a legal brief calling on the Supreme Court not to grant the case, saying the state law is consistent with prior rulings.

James said that New York’s law was “supported by a centuries-old tradition of state and local measures regulating the carrying of firearms in public” and existed in the same essential form since 1913. “New York’s law directly advances the State’s compelling interests in protecting the public from gun violence,” she said.

The Epoch Times has contacted James’ office for comment.

The court is expected to take up the case during the next term.