“UPHOLDING AND DEFENDING THE SECOND AMENDMENT”

I want our patriots to listen the this Inaugural Speech by Bill Whittle, way of virtual reality, supporting, upholding and defending the Second Amendment in front of a green screen, facing a virtual congress.

The message is the purpose.

This is suppose to be the jobs of the elected officials that take the oath of office to protect and serve the will of the people.

His name is William Alfred “Bill” Whittle is an American conservative political commentator and YouTuber.

He has made videos for PJ Media as the presenter of Afterburner and The Firewall, and as co-host of Right Angle with Stephen Green and Scott Ott, his former fellow co-hosts of Trifecta.

Whittle has also produced videos and writing for other outlets, such as the NRA.

This virtual Speech (2013), he made in front of a green screen while facing a virtual reality congress setting is nothing short of accurate, common sense and the law that is represented and spelled out in the Constitution of the United States Of America.

His speech on the Second Amendment means more now than ever considering what is happening in Virginia.

Please take some time to listen to his virtual reality, State Of The Union Address and witness one of the BEST Second Amendment speech/argument for the people of the United States right to keep and bear arms! 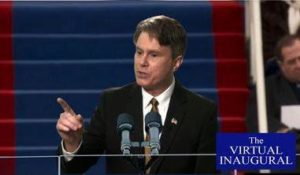 He is a former National Review Online contributor and has been a guest on the Fox News Channel, The Dennis Miller Show, Sun TV, and national radio programs.

His first book, Silent America: Essays from a Democracy at War, was published in 2004. Since 2009, Whittle has been a featured speaker at universities and a number of Republican and Tea Party events throughout the United States.

He is also the co-founder of the independent film studio Declaration Entertainment, and is a narrator for Encounter Books.