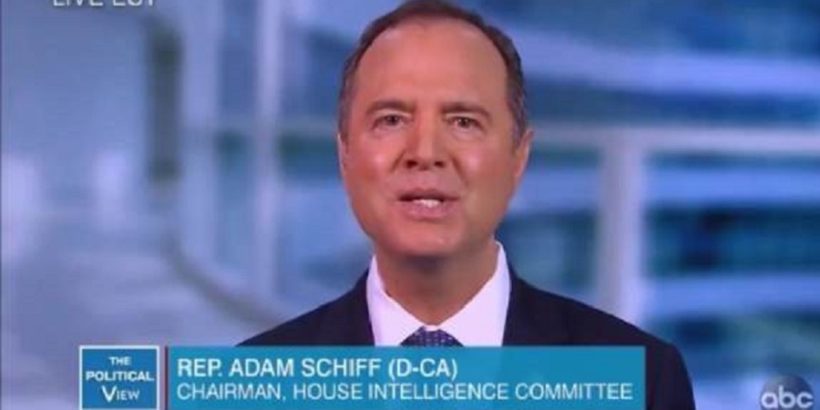 House Intel Chairman Adam Schiff (D-CA) looked a little nervous Monday morning when he was asked if he’s willing to testify in the Senate impeachment trial.

President Trump called on Pelosi and Schiff to testify in the Senate impeachment trial. “He must be a witness, and so should she!” Trump tweeted.

Why did Nervous Nancy allow corrupt politician Shifty Schiff to lie before Congress? He must be a Witness, and so should she!

Adam Schiff is a fact witness because his staff met with the ‘whistleblower’ Eric Ciaramella before he filed the whistleblower complaint in August.

Schiff then lied about meeting with Eric Ciaramella before he filed his complaint against President Trump.

“I’m not a fact witness so other than mollifying the president, I’m not sure why the Senate would call me or Nancy Pelosi as a witness,” Schiff said.

Schiff also lied his face off and claimed that there is no evidence the Bidens broke any laws related to Ukraine and calling them in to testify would “convert the trial into a sham proceeding.”

Rich coming from the impeachment ringleader who conducted Soviet-style sham show trials in the House SCIF and denied President Trump due process.

Not one ‘witness’ Schiff called in to testify had first-hand knowledge of President Trump’s dealings with Ukraine.

NEW: "I'm not a fact witness so other than mollifying the president, I'm not sure why the Senate would call me or Nancy Pelosi as a witness," Intelligence Committee Chairman Adam Schiff tells @TheView when asked if he would testify if he was subpoenaed. https://t.co/OzDKvd1dAt pic.twitter.com/SChJ2ftUCy